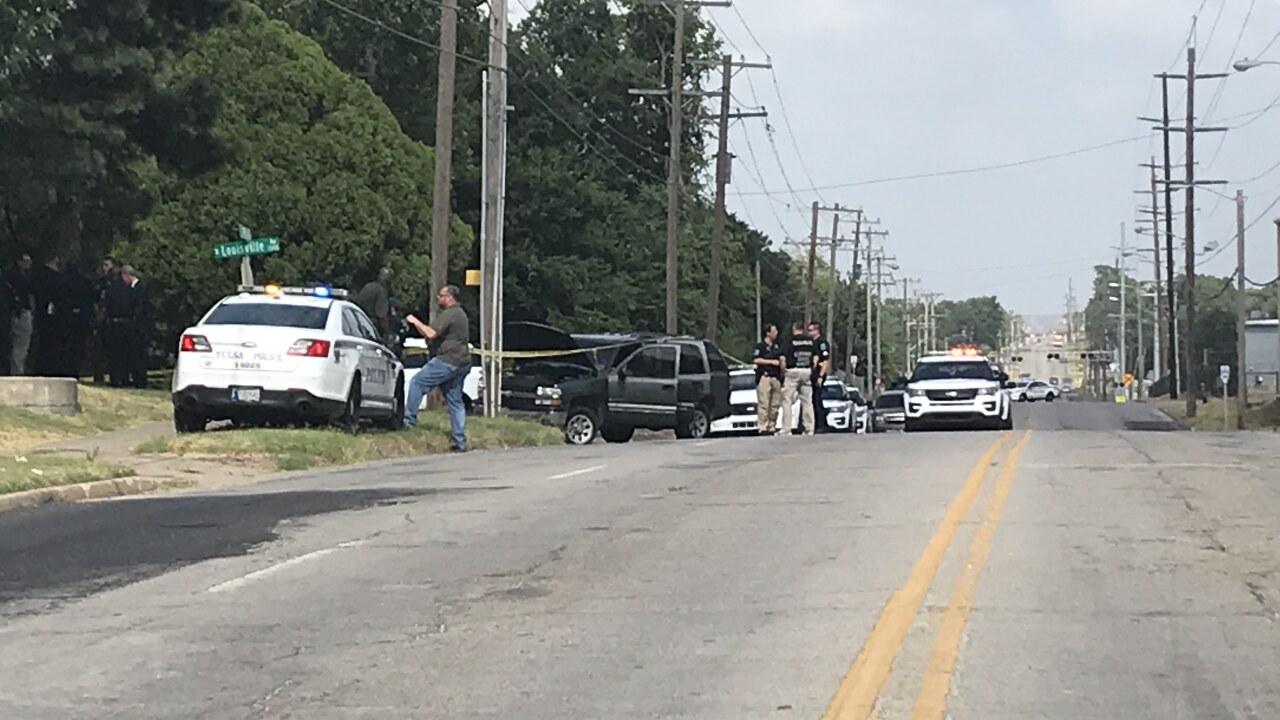 TULSA, Okla. — Authorities are investigating an officer-involved shooting in north Tulsa, according to the Tulsa Police Department.

Police responded to the scene Tuesday afternoon near Pine and North Marion.

Officers were pursuing a SUV and it was not stopping, police said. So, they used stop sticks to deflate the vehicle's tires.

Police say the suspect then got out of the vehicle and ran into a neighborhood and officers chased him.

The suspect turned and pointed a firearm at officers, police said. Officers fired and hit the suspect in the shoulder area.

Police say the suspect was taken into custody and the officers are okay.