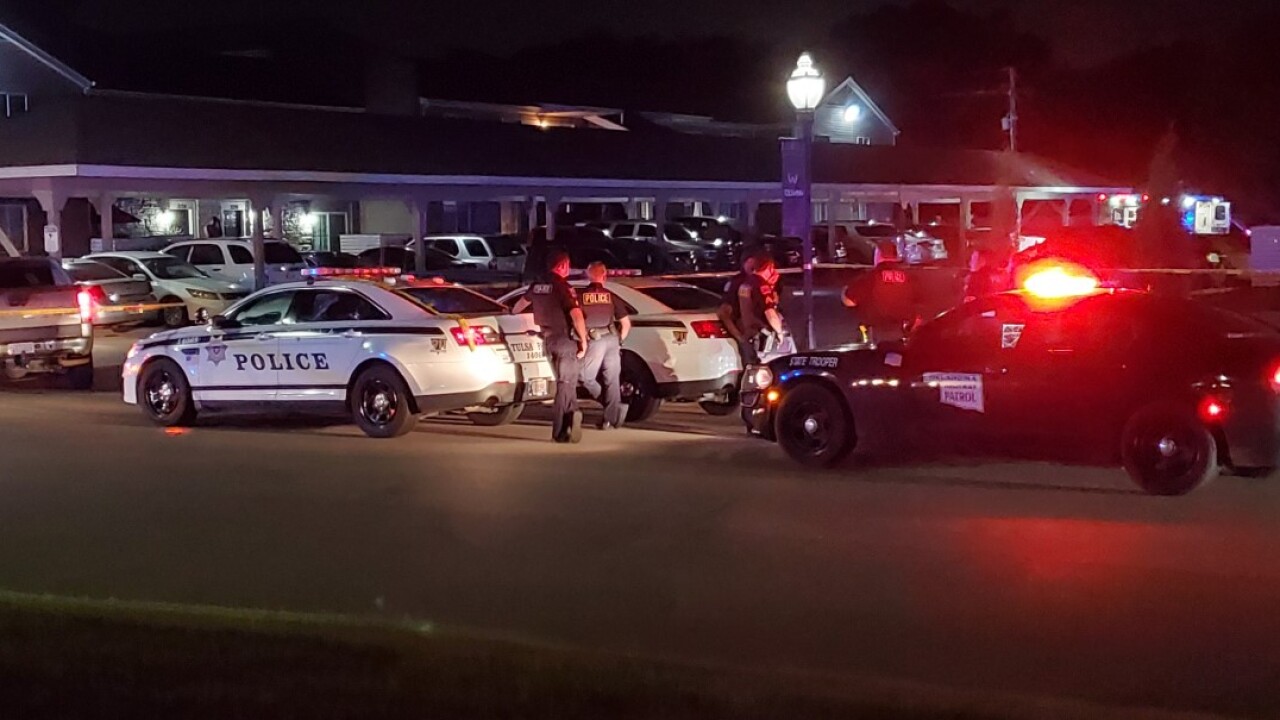 TULSA — A man is dead after a police chase in south Tulsa ended in an officer-involved shooting over the weekend.

Tulsa police said officers attempted to pull over a truck for a traffic stop near 61st and Peoria on Sunday, Aug. 9. However, the driver took off leading the police on a chase for several miles.

Police placed "stop sticks" to deflate the truck's tires. The suspect then got out and began to run on foot. Police caught up with the suspect, who pulled out a knife. At this point, police shot him.

Authorities transferred Barton to a local hospital. Barton died as a result of his injuries, police said.

This is an ongoing investigation. We will continue to update as we receive information.