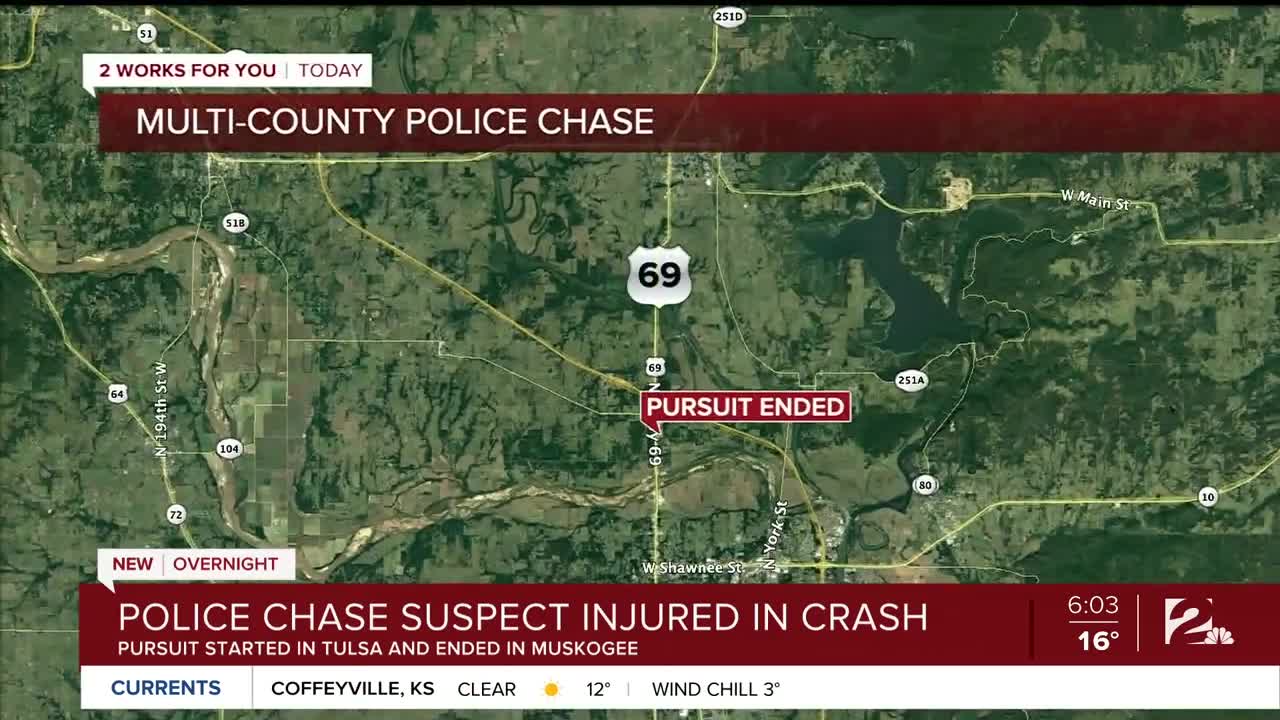 A man is in critical condition following a police chase that started in Tulsa and ended in Muskogee.

Tulsa police say they saw a stolen car near Admiral and Sheridan. The car had been reported earlier in the day after a driver left their keys in the car to run into a store, police say.

When officers attempted to stop the stolen car, officers say, the driver took off, leading them on a chase down Highway 69 to Muskogee.

That's when police say the driver turned around, making his way back north, when he suddenly lost control of his vehicle just north of Highway 169 and the Muskogee Turnpike intersection.

The car ended up going off the roadway and the driver was seriously injured in a roll over crash, police say.

Police say the driver was flown to a Tulsa hospital where he is still in critical condition.