Plaque dedicated to officer killed in the line of duty 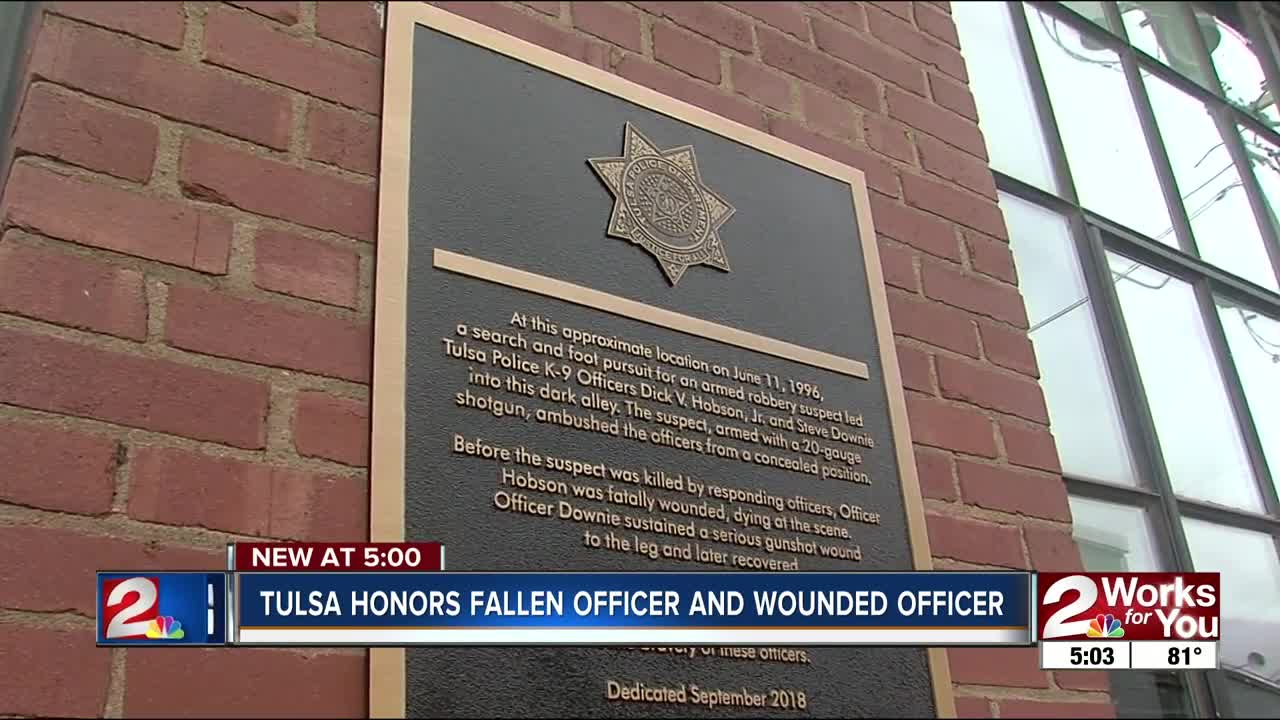 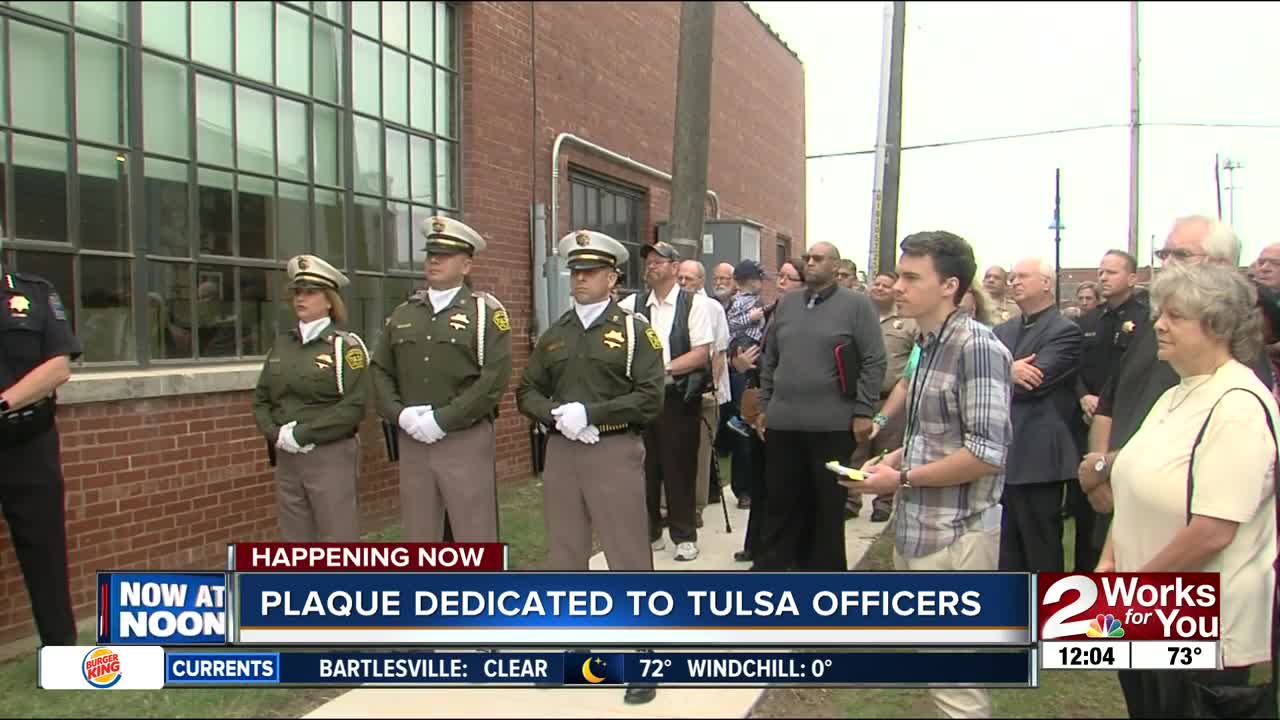 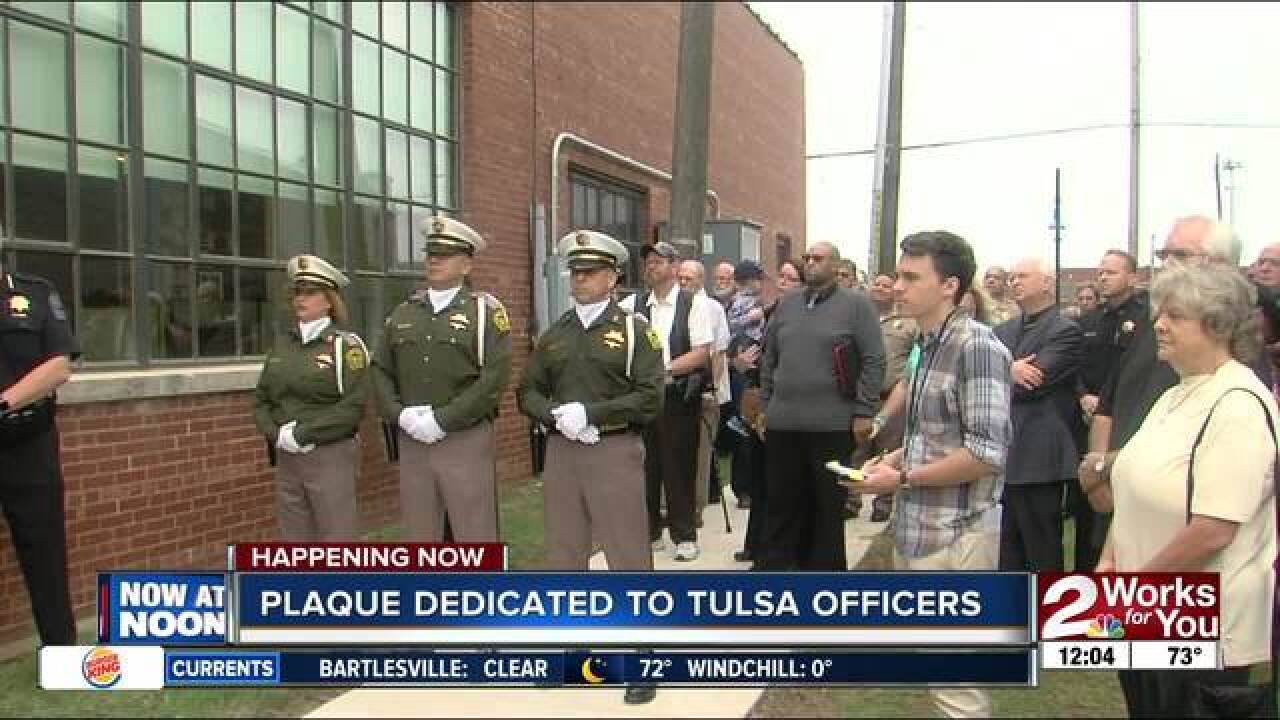 TULSA - It was a day of remembrance in Tulsa for the men and women in blue as two of their brothers were honored for their sacrifices.

One paid the ultimate sacrifice.

Ross Group dedicated a plaque Monday to memorialize the death of Officer Dick Hobson, Jr. and the injury of Officer Steve Downie.

It’s been 22 years since that fateful day when Officers Hobson and Downie were ambushed in an alley, and now a plaque will make sure the sacrifices are never forgotten.

"Just grateful. Especially after all this time to have someone remember it and acknowledge it," Downie said.

June 11 of 1996, Tulsa Police K-9 Officers Hobson and Downie were in a foot pursuit of an armed robbery suspect.

"It was just a routine day," said Downie.

That pursuit led them down a dark alley.

"This was where, I mean, it was happening here," Downie said. "The bad guy was right there in the corner and there was a piece of black steel there."

They were ambushed by the suspect, who was hiding with a 20-gauge shotgun.

Before the suspect was killed by other officers, he shot Hobson, who died at the scene.

Downie was seriously injured by a shot to the leg.

Hobson’s daughter and the rest of the family said they were grateful for the support.

While time will never heal the loss they feel, Hobson’s daughter will always remember her dad’s passion for the job.

"He passed away doing what he loved doing and shouldn’t we all be so lucky to die doing what we love," Hobson said.

In the last 100 years, more than 50 officers and deputies were killed in the line duty.

Officer Hobson was the last.