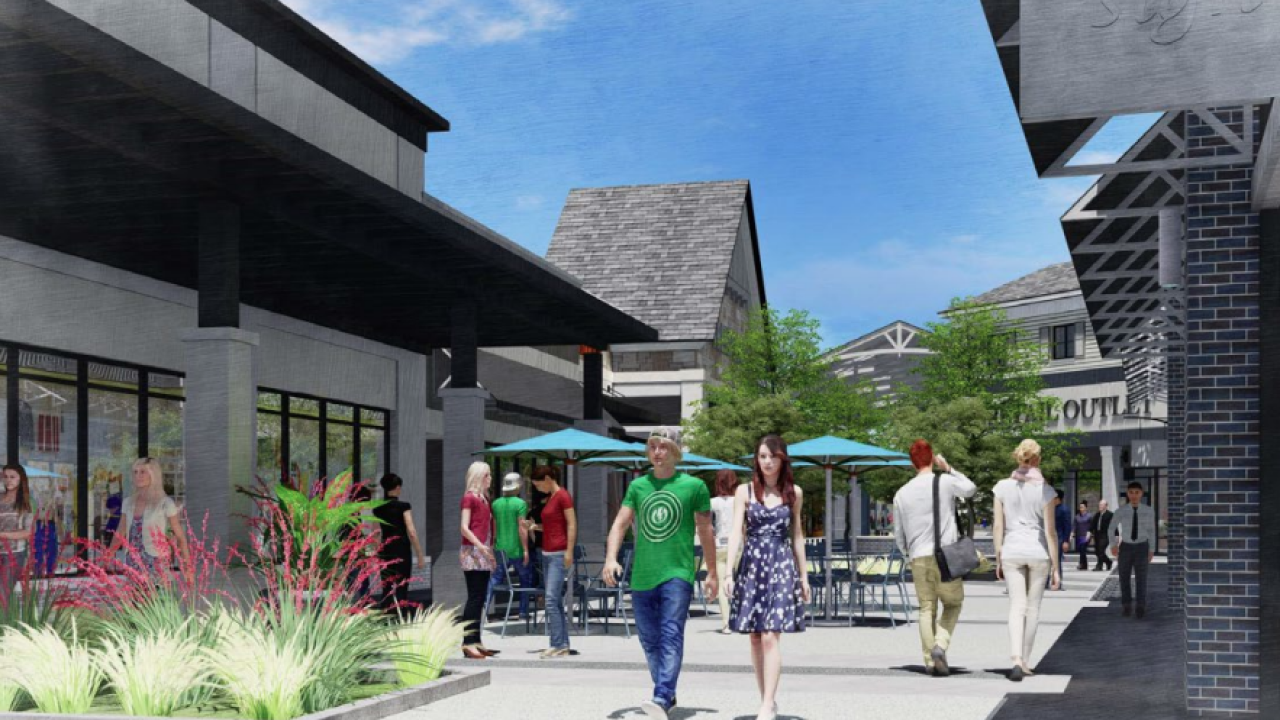 JENKS, Okla. — Talks of a premium outlet mall in Jenks began in 2015. In May, developers were looking to build, and in September developers picked a spot and estimated they would be completed in 2017.

Now, four years after that announcement, renderings have finally been released for Tulsa Premium Outlets in Jenks, and a final plat is going to the Jenks City Council for approval.

On November 21, 2019, the Planning Commission unanimously voted to recommend the final plat. The city council will vote on December 2 to approve the plan.

The lot is just over 51 acres, and the developers estimate 80 stores will fit into the outlets. The plot of land is just east of S. Elm St. and south off the Creek Turnpike.

The Tulsa Premium Outlets were originally supposed to be near Turkey Mountain, but after a large amount of opposition for developing near a wildlife area, Simon Property group moved to the property to Jenks.