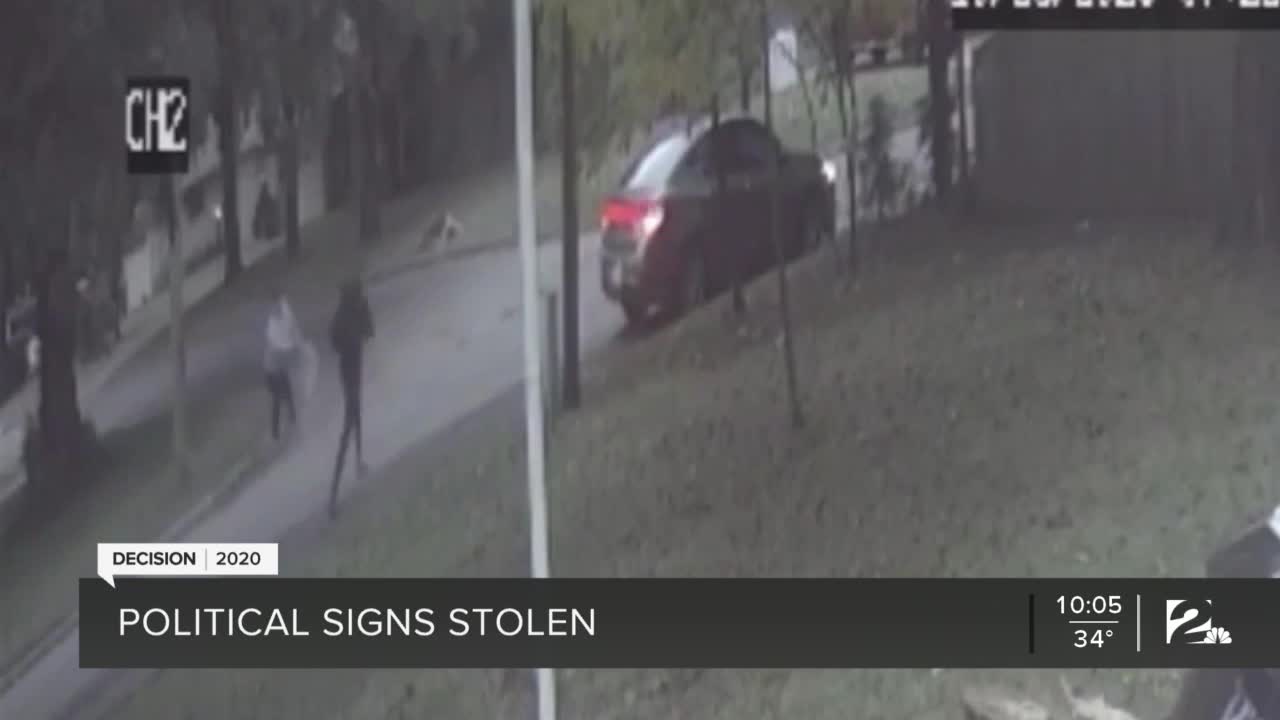 TULSA, Okla. — While most voters count down to the presidential election, others also count the number of stolen political signs.

People in Tulsa’s Heller Park neighborhood say they have been targeted multiple times.

“There’s no reason for people to be doing it,” John Brown said.

Brown’s front yard is now clear, except for the empty metal stakes, which used to hold up $10 Trump signs.

“Two females got out of the car,” Brown explained as he reviewed his camera footage of two people stealing lawn signs. One person took his sign, the other ran next door and grabbed Karen Stauss'.

“I don’t go around pulling up Biden signs, so don’t pull up my Trump sign,” said Stauss.

Police, nationwide, deal with a frenzy of stolen or vandalized political signs. Both Brown and Stauss filed reports with Tulsa P.D.

“They said there’s really not anything they can do,” Brown said.

A public information officer with TPD said they do not believe the stolen sign incidents are reported very much, and that they are tough to track.

The officer also said, those involved could be charged with misdemeanor larceny or vandalism.

Stauss said, “It’s a violation of my right to free speech, and that’s the bottom line.”