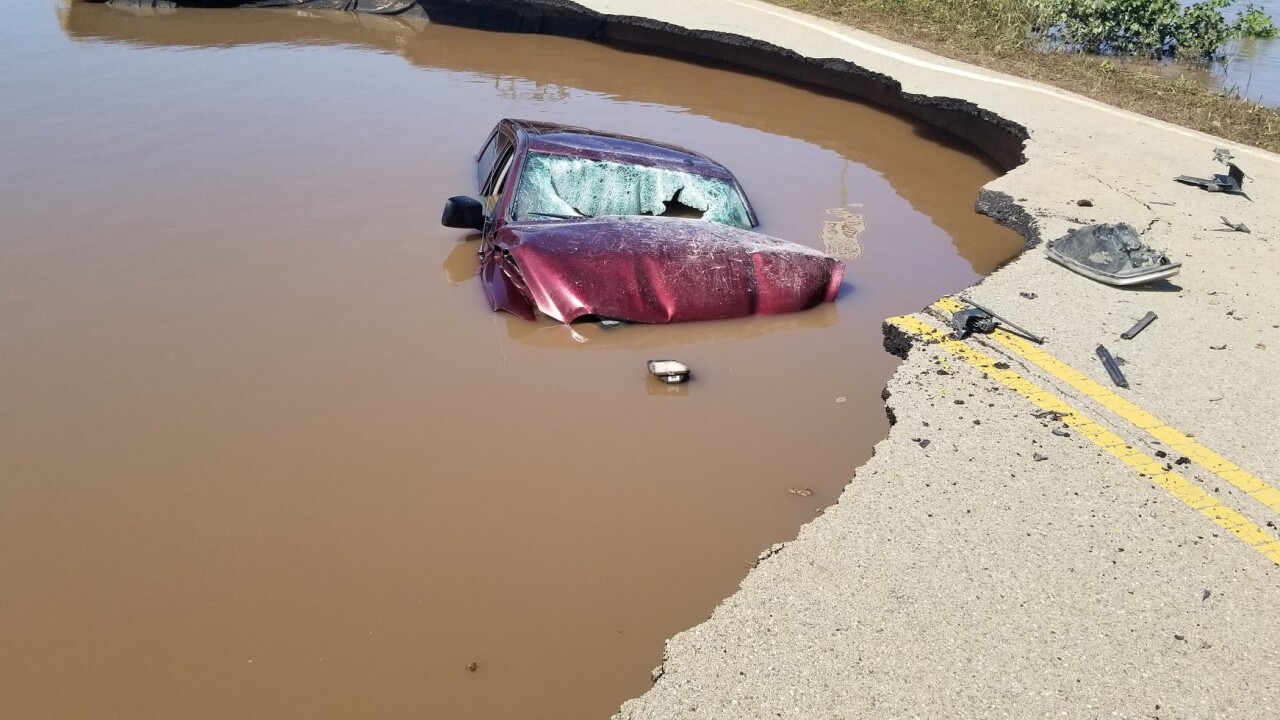 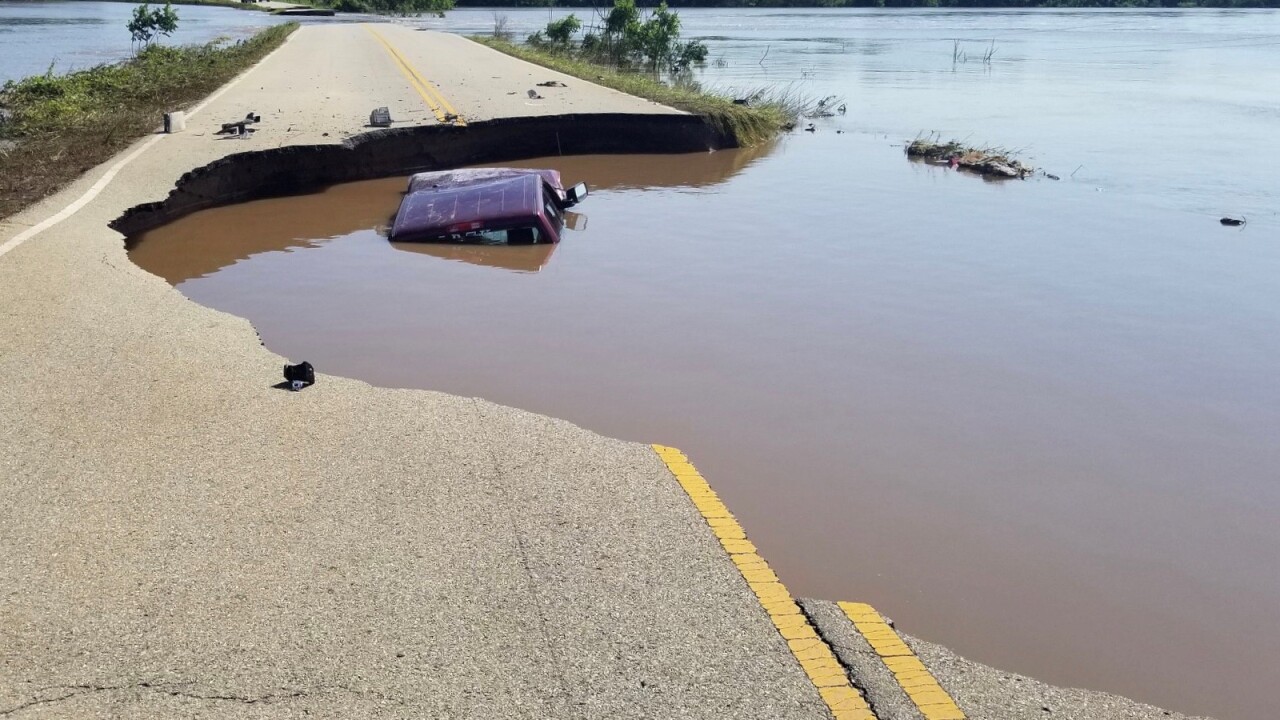 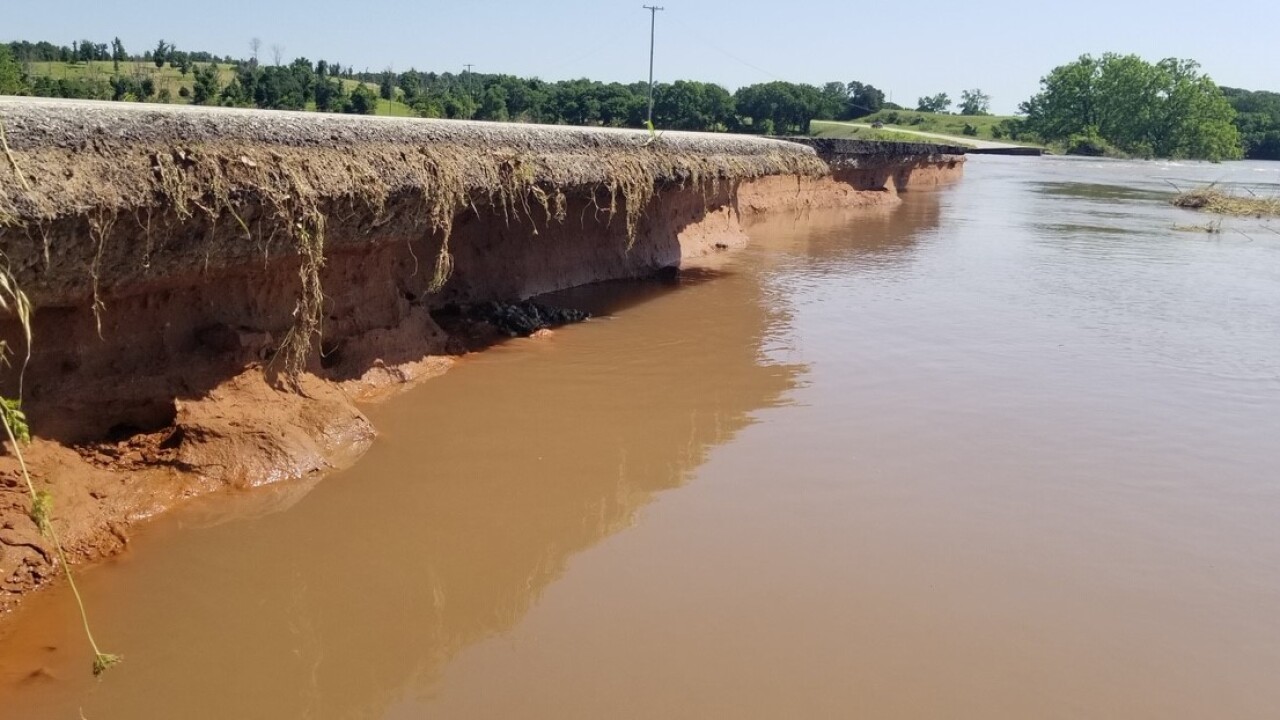 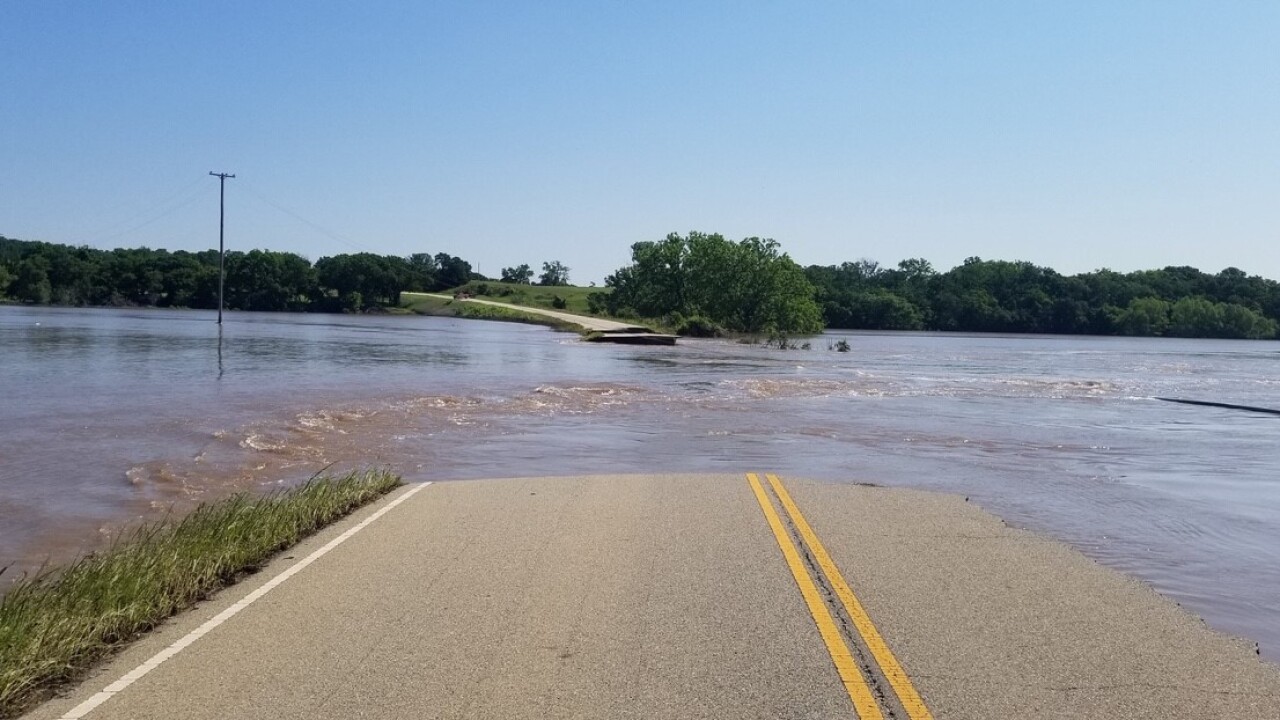 PAWNEE COUNTY, Okla. — A driver who ignored barricades on a Pawnee County road was hospitalized after his vehicle was swallowed by a sinkhole, authorities say.

Four county deputy units and the Oklahoma Highway Patrol responded to the wreck on County Road 5715 just outside the Arkansas River community of Blackburn before 11 p.m. on Wednesday.

According to investigators, the man drove around multiple barricades. A fisherman reportedly witnessed it.

The road has broken apart in pieces in recent days, with entire portions of it missing due to massive flooding.

The vehicle had to be left in the sinkhole overnight because crews were unable to recover it. They are expected to remove it today.

Mercy EMS transported the man, who has not yet been identified, to a Tulsa hospital so he could be treated for head trauma, officials say.

According to locals, he had a dog with him, which was not injured.

We’re told officials were immediately dispatched to place added barricades around the area, which deputies say clearly was blocked when the driver bypassed them.

Driving or walking around barricades not only is dangerous and could place you in a life-threatening situation, but it is illegal. State, county and city authorities all over eastern Oklahoma have been forced to write tickets during the recent flood and tornadoes.