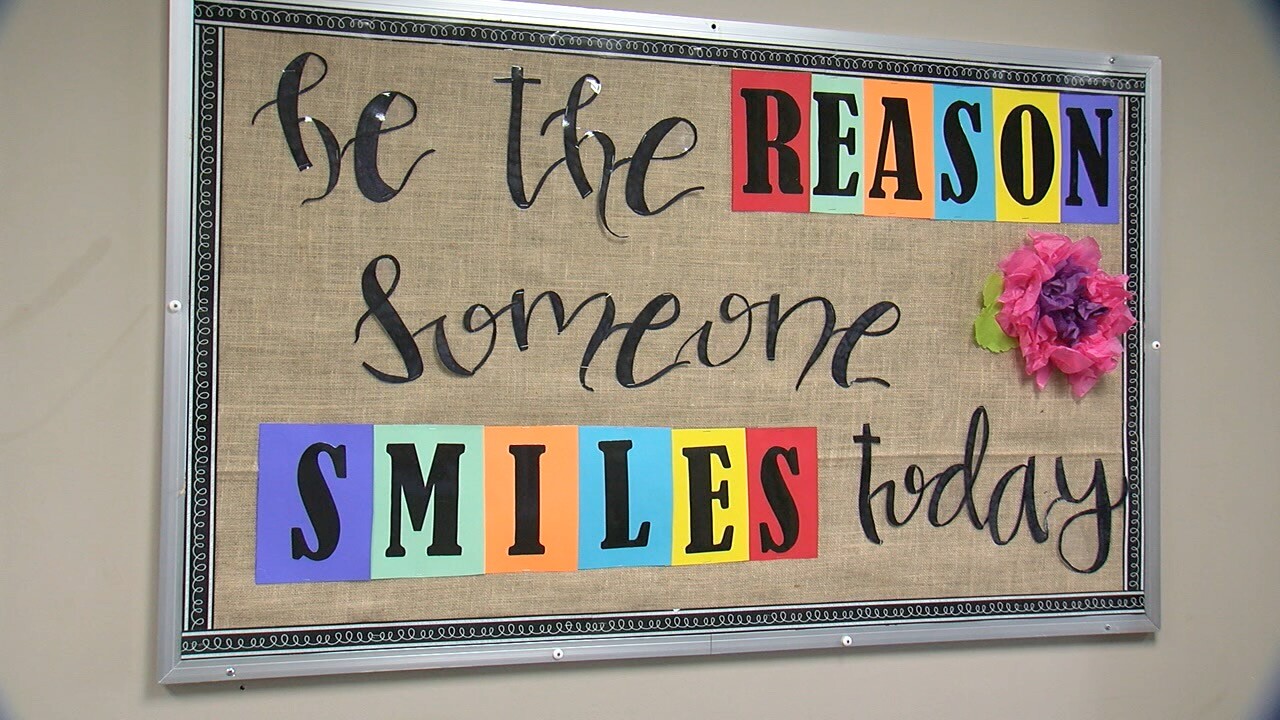 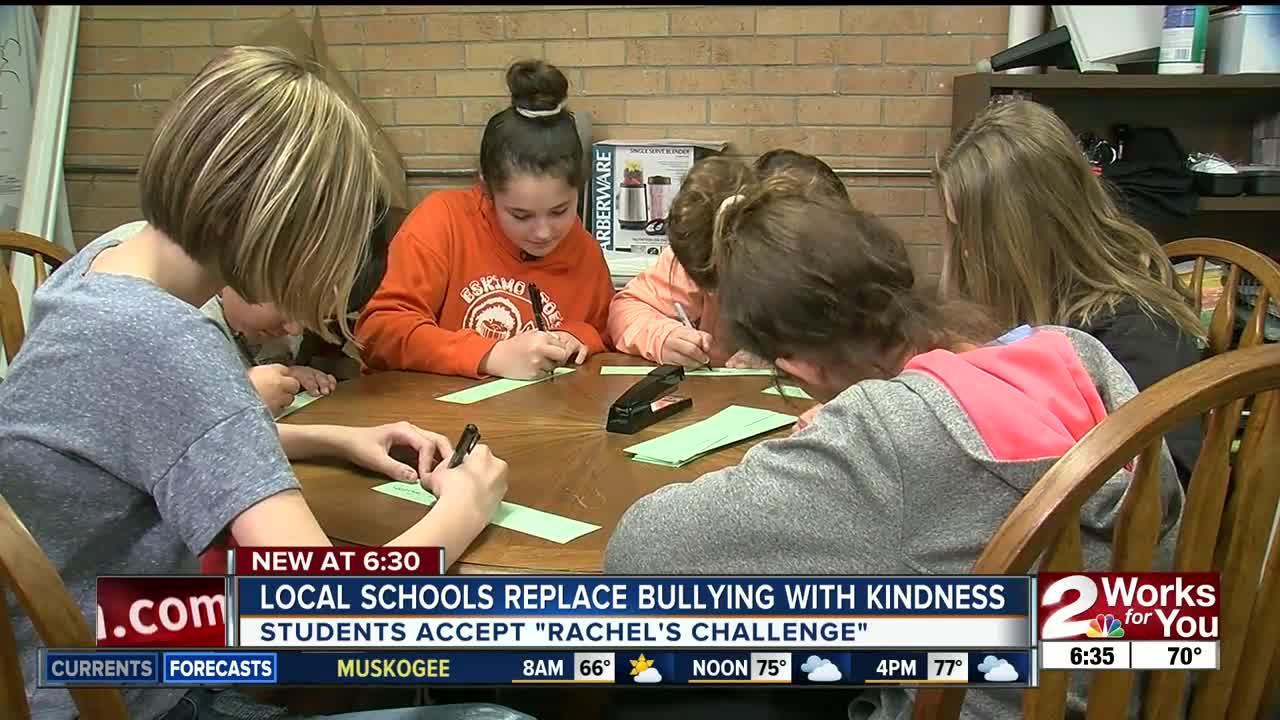 PAWHUSKA, Okla. — Pawhuska Public Schools accepted a challenge put forth by a victim of the Columbine shooting to rid the campus of bullying.

Rachel Scott was the first person killed in the Columbine shooting 20 years ago. After her untimely death, her family learned just how committed she was to make sure everyone felt included. They also found the outline of her hands on the back of her dresser. Inside she wrote, "These hands belong to Rachel Joy Scott and will someday touch millions of people's hearts."

Since then, her family created Rachel's Challenge. A member of the non-profit brings students together for an assembly in hopes of replacing violence and bullying with kindness and respect.

Pawhuska Public Schools received a grant to bring the challenge to their school.

"Everybody is connecting more," Adelaide Lott, a senior at Pawhuska High School, said. "You hear more comments in the hallways. Everyone is just talking friendly."

The student said the bullying they see is mostly over social media.

"They would post pictures of people on here and say negative things about them," sophomore Jaeden Kitchel said.

When the students were first introduced to the idea of Rachel's Challenge at an assembly earlier this year, they said it was eye-opening.

"You don't really know what's going on in other people's lives and maybe that's why they act a certain way," Kitchel said.

During the assembly, students got into groups and came up with ideas on how to create a positive environment on their campus.

They decided to flip the narrative on social media with a "Love PHS Students" page on Instagram. The creator posts photos of their classmates and encourages others to say what they like most about them.

"I had a bad day and I started crying in one of my classes and five minutes later I was posted on Love PHS page and it automatically made my day better," Kitchel said.

Students in the upper elementary school are writing letters to the younger students.

High school students are painting their Husky mascot and encouraging quotes in the halls and bathrooms.

They walk halls with paper chains draped overhead. The chain is a fundamental principle of Rachel's Challenge, which is creating a chain reaction of kindness. Pawhuska students have written something positive they have noticed about their classmates on each link.

Aribelle, a sixth grader, wrote one for her friend Josie.

"During projects, she'll include me, because I don't always get included in projects or have a partner," Aribelle said. "She will ask me to be her partner and that makes me happy."

One of the bigger ideas that PHS students have is still a work in progress. They are creating Rachel's Closet.

"We are in the process of transforming this space into a store, where students can come get hygiene products. everything from deodorant all the way to toothbrushes, toothpaste, right down to boxes and boxes of Chapstick," Jodi Culver, a teacher at the high school, said.

Each kind note dropped into a random locker or "How are you?" spoken in the hall is one step closer to achieving Rachel's mission. The students said they are already noticing a difference on their campus.

"There is still bullying and stuff going on, but I realized some other kids who were bullying are trying to do better," Josie Yates, a sixth grader, said.

"I think the more people who get involved with it, that will just help start Rachel's chain reaction that she wanted," Kitchel said.

In the fall, Pawhuska High School is working to get a "Rachel's Challenge" class. They will focus on keeping the positivity going.