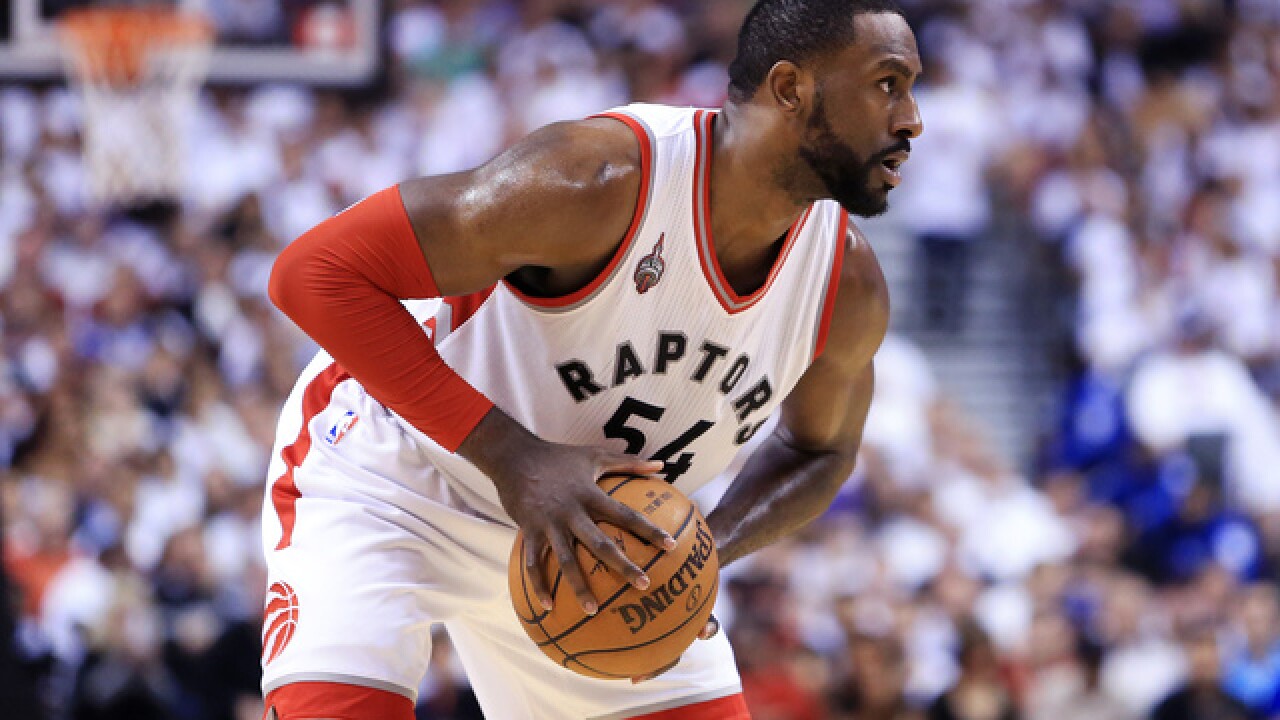 Copyright 2017 Scripps Media, Inc. All rights reserved. This material may not be published, broadcast, rewritten, or redistributed.
Vaughn Ridley
<p>TORONTO, ON - MAY 23: Patrick Patterson #54 of the Toronto Raptors dribbles the ball in the second half of Game Four of the Eastern Conference Finals against the Cleveland Cavaliers during the 2016 NBA Playoffs at the Air Canada Centre on May 23, 2016 in Toronto, Ontario, Canada. NOTE TO USER: User expressly acknowledges and agrees that, by downloading and or using this photograph, User is consenting to the terms and conditions of the Getty Images License Agreement. (Photo by Vaughn Ridley/Getty Images)</p>

A person with knowledge of the details says forward Patrick Patterson has agreed to a three-year, $16.4 million deal with the Oklahoma City Thunder.

Patterson is leaving Toronto to join All-Star Paul George in a new-look Thunder frontcourt, the person told The Associated Press on Tuesday. The person was granted anonymity because contracts can't be signed until Thursday.

The deal was first reported by ESPN.

Patterson was a valuable reserve for the Raptors, averaging 7.6 points in nearly four seasons. But he struggled badly in last season's playoffs, shooting 28 percent from the field.

The Raptors kept Kyle Lowry and Serge Ibaka but Patterson has a chance to fill a need in Oklahoma City, where Taj Gibson left for Minnesota and Domantas Sabonis was dealt to Indiana in the trade for George.