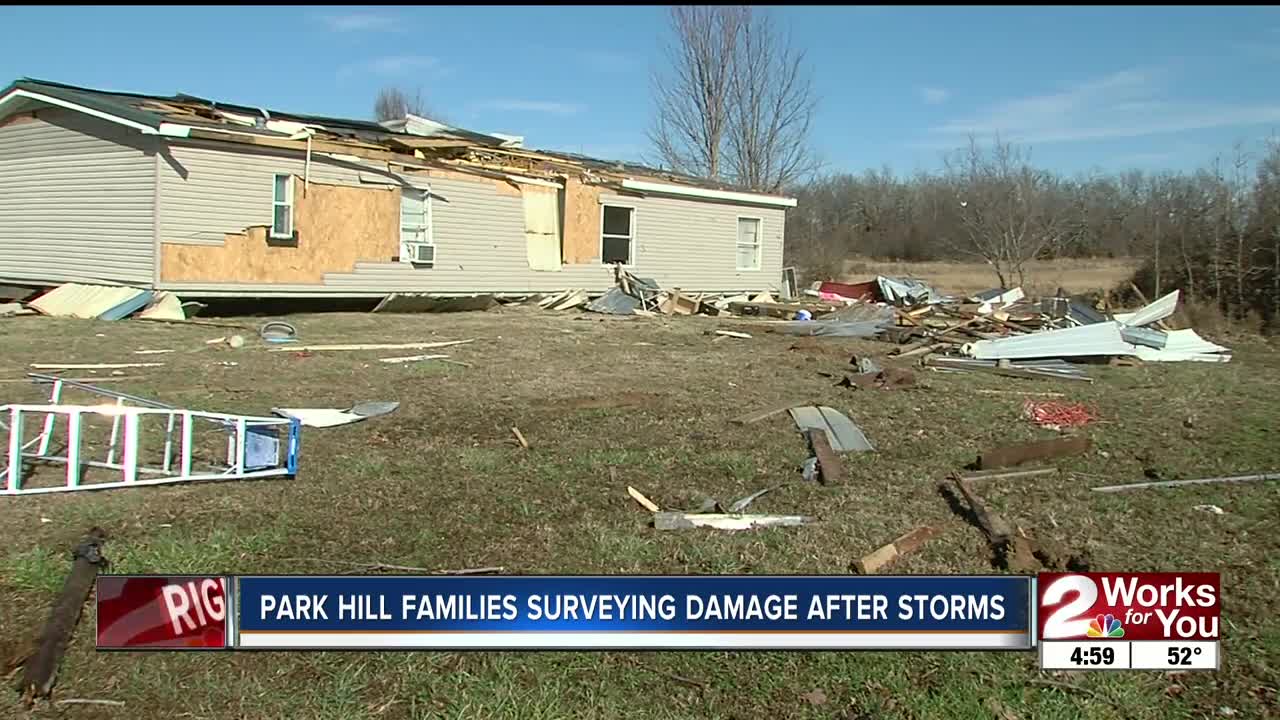 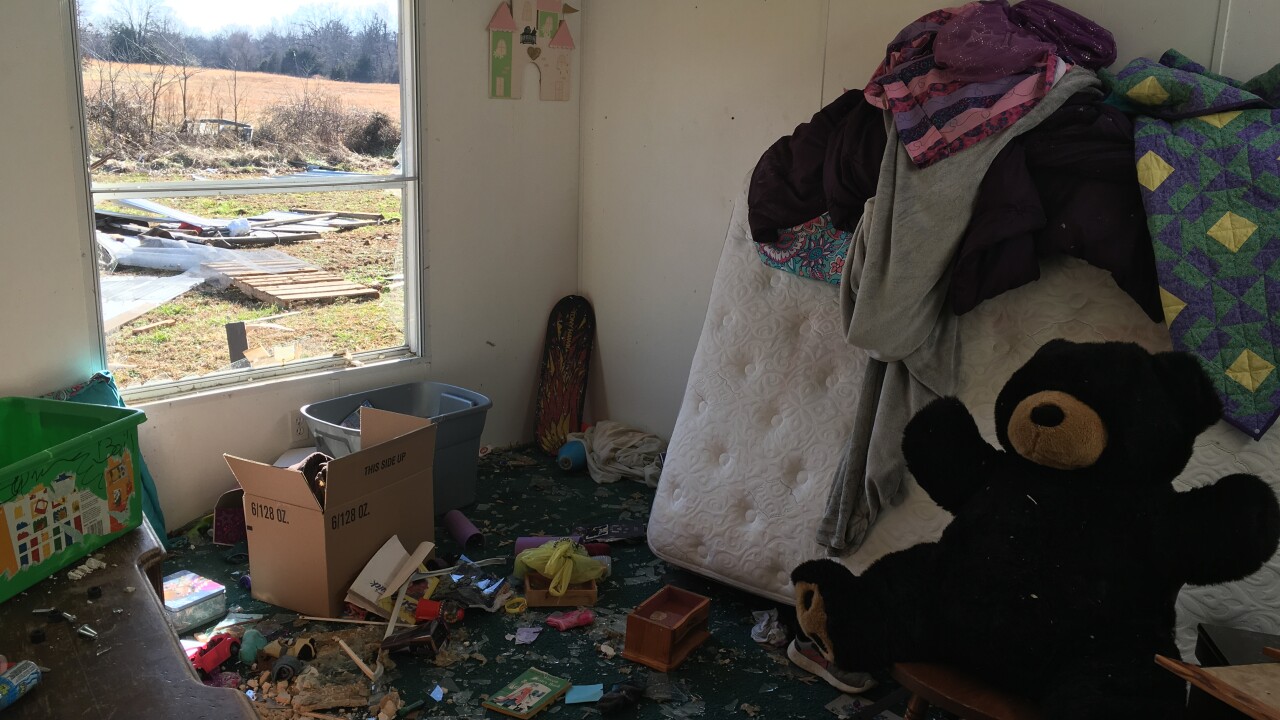 PARK HILL, Okla. — Oklahomans often say tornadoes are just part of life, but when they hit, they shake communities, and force families to rebuild.

Strong storms and a potential tornado rocked homes near Park Hill in Cherokee County on Friday, destroying at least one home, and leaving a trail of debris in its path.

The destroyed home belongs to Louis Nottingham, his wife Regina, and their two children. Their roof is gone, and they're still shaken up. They're looking for a place to stay, and trying to figure out how to start rebuilding.

Regina was home alone when the storm hit. She hid in a closet as the potential tornado tore through the home, ripping the roof away right above her.

“She called me and said ‘hey, the house has been hit by a tornado. The house is destroyed, but I’m okay’,” Louis said.

Once the storm passed, the family received an outpouring of support from the community. They helped put tarps over the roof and make preliminary fixes. But now, Louis still doesn't know what's going to come next.

"You know, I really can’t answer that," Louis said. "It’s going to be a long, drawn-out process no matter how you do it.”

Neighbors described the storm as loud, scary, quick, and damaging.

"It was really quiet. No birds, no wind, no rain, no lightning, nothing… then the next thing you know, it was on top of us,” said next-door-neighbor Judy Duffield.

Compared to the Nottinghams, her home suffered much less damage, but both families are just happy they weren't hurt.

If you would like to reach out to help the Nottinghams, Louis says you can email him at Louis@bogleandsons.com.