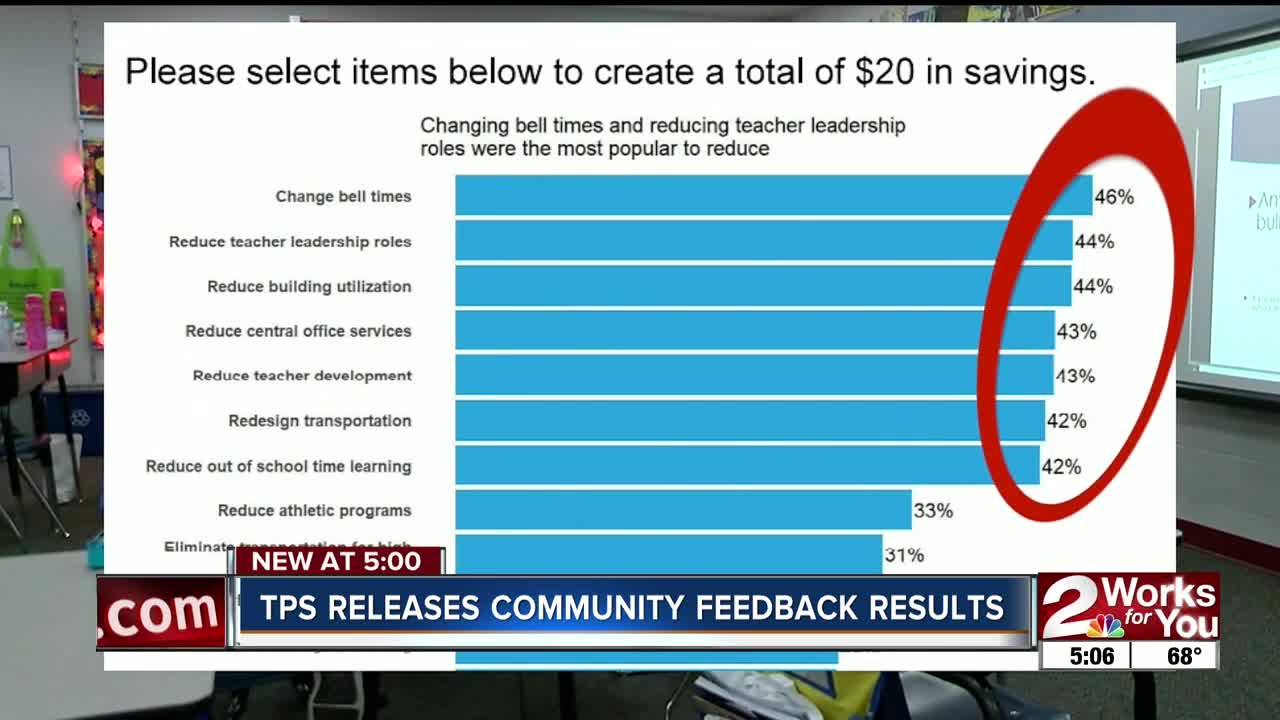 TULSA, Okla. — The big number, $20 million, has been thrown around in the past month all over Tulsa Public Schools. It's how much needs to be cut from next year's budget, and they've been asking the community to help them do so.

Parents, teachers, and students made up the majority of respondents to TPS's community feedback survey. 5,773 responded to the online survey, while 847 attended one of the community meetings.

"Class size and social-emotional assistance for kids. We've got to be able to keep that assistance for the kids, and class sizes," said Sally Perez, who attended a meeting and filled out the online survey. "Those really were the two big ones at the table where I was."

Teacher pay and smaller class sizes were far and away what people found most important, according to the results. In fact, increasing class sizes ended up as least appealing.

There was an exercise to make up the cuts using a point system that added up to 20. Changing bell times, reducing teacher leadership roles, and reducing central office services were about even at the top; more than 40% of people were in favor of seven individual options.

11% of respondents said they don't trust that their feedback matters. The biggest concerns were loss of services, and, again, increasing class sizes.

“We believe that our community is essential, and community voices will be integral as we narrow in on a core set of priorities to improve student experiences while re-growing student enrollment,” said Superintendent Deborah A. Gist. “This feedback, along with continued community conversations, will help inform our work to identify strategic investments and resource reallocations that will have the greatest positive impact on students within our continued fiscal constraints.”

One of the concerns about the process was the lack of many open-ended questions. From those that were asked, administrative inefficiency and class sizes came up as the most popular concerns.

Parents say they would like to see an organizational chart of administration, with titles of positions, the people in those positions, and what they're being paid.