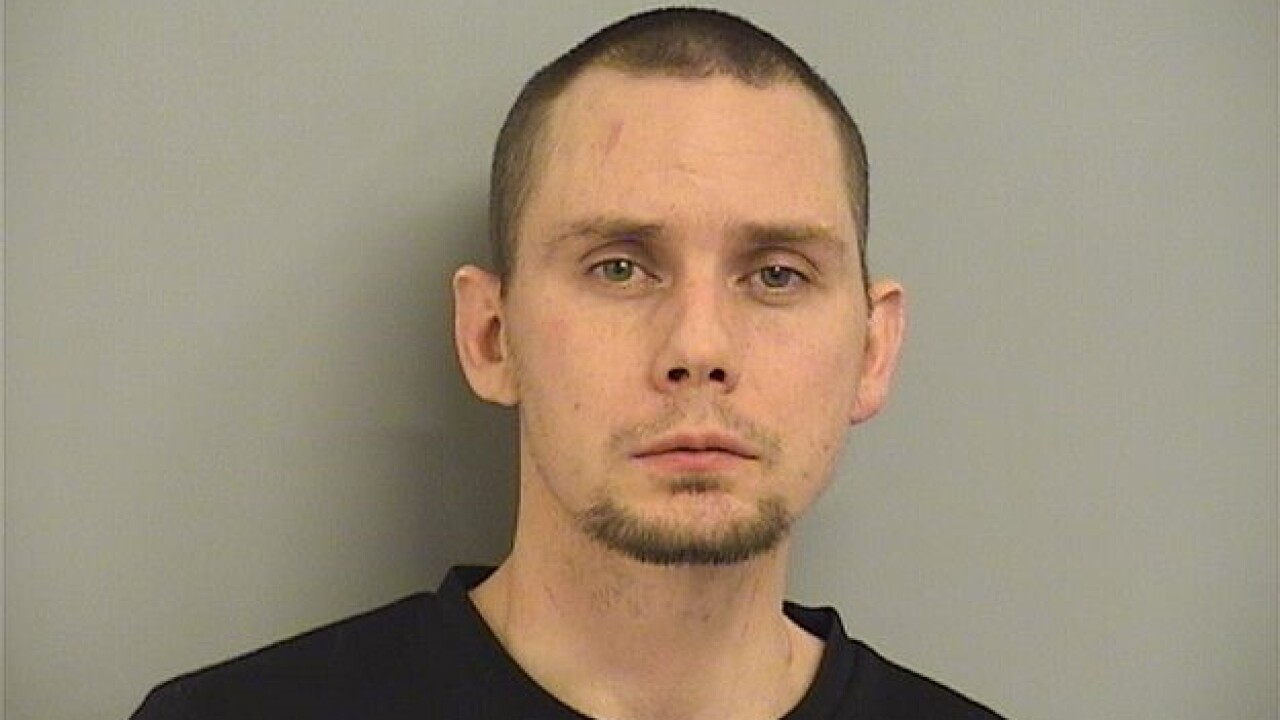 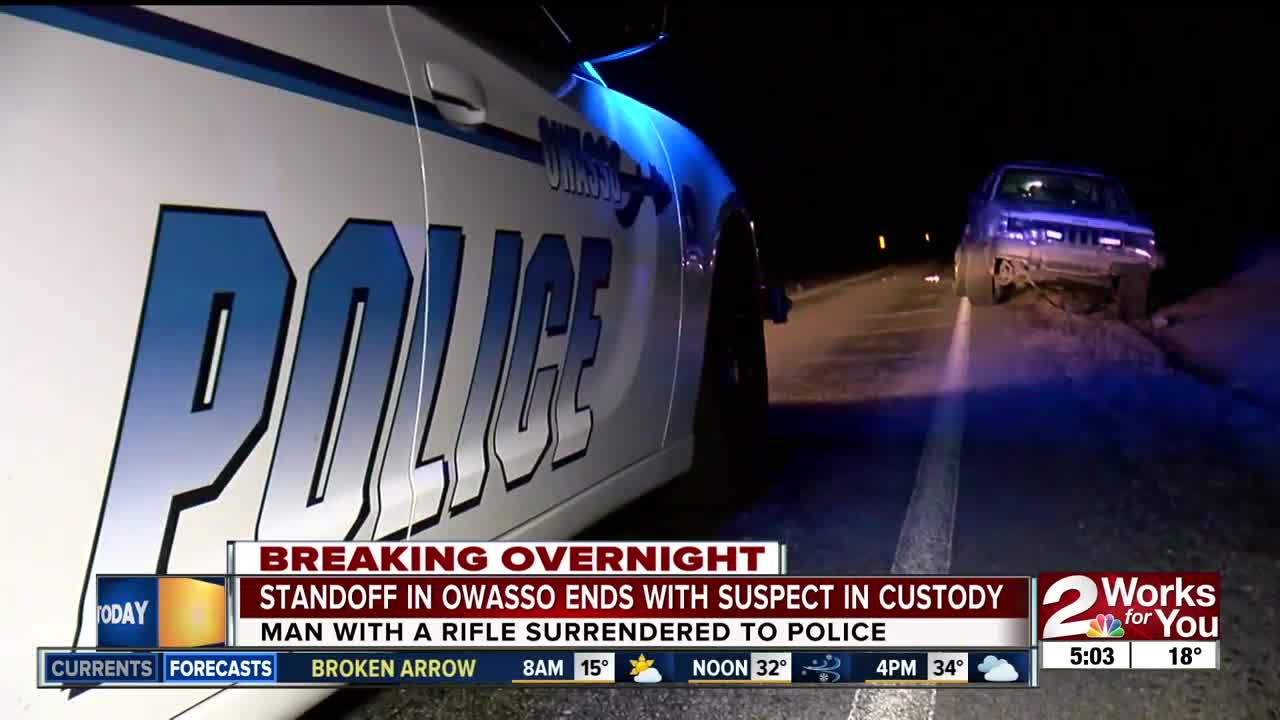 TULSA — A man is under arrest in Owasso after forcing a standoff early Friday morning with police.

The 33-year old male will be charged with leaving the scene of a crash, reckless handling of a firearm, DUI and other charges.

Officers said the situation started as a bar fight between two parties. Both left the bar and headed east on 126th East Avenue and the suspect's white Jeep rear-ended the victim's red Mercedes C-250.

The suspect jumped out of his car with an AR-15 style rifle, according to officers, and fired a single round. The victim told police the shot was not fired at them.

They set up a perimeter but soon after said a homeowner contacted law enforcement saying the man was inside his home.

Officers said the suspect gave up without incident but did not want to tell them where the gun was hidden. It was eventually located.

Police said they found a pistol and several magazines in the suspect's car.

The victims were not seriously hurt.