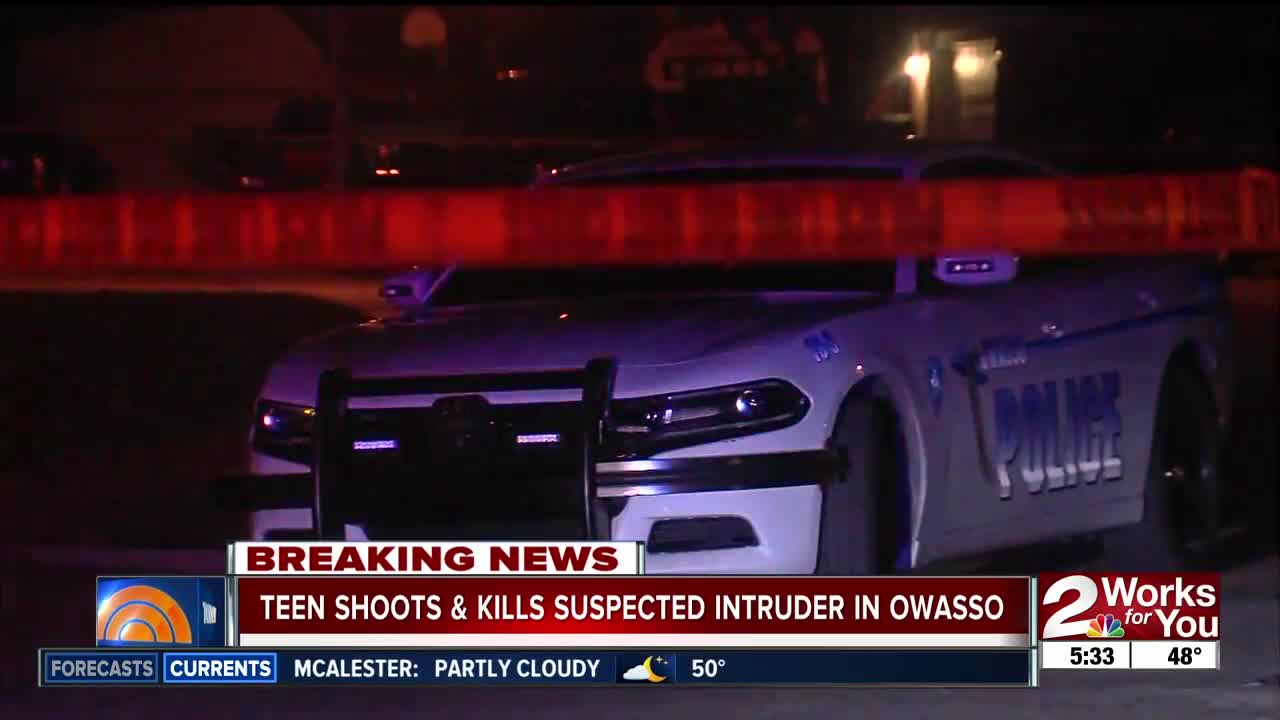 Investigators say the teenager who opened fire was a nephew to the person police have been calling an "alleged intruder."

Police responded to a call of a possible burglary where a resident shot an intruder around 11:40 p.m. in the 7700 block of North 132 East Avenue.

Officers said they found 30-year old Zachary Daniel Sparkman, who is the son of the homeowner, dead inside the home. The shooter, an 18-year old male, is cooperating, according to Owasso PD. Police said the 18-year-old was not injured.

Officials said the two people involved in the incident are related.

Owasso Police confirmed to me that Zachary Sparkman, the man killed during a possible home invasion overnight, and the 18-year old shooter are related. They did not give a specific relationship.

Authorities believe Sparkman forced entry into the house through the back door and was shot one time in the head by the 18-year-old, who was apparently home alone and did not know the identity of the alleged intruder.

In the past, Sparkman has pleaded guilty to drug possession charges, as well as larceny and DUIs in Tulsa and Wagoner counties across the last 10 years.

No arrests have been made.

Deputy Chief Jason Woodruff said the investigation is ongoing. They will continue their investigation and submit their findings to the Tulsa County District Attorney's Office for review.