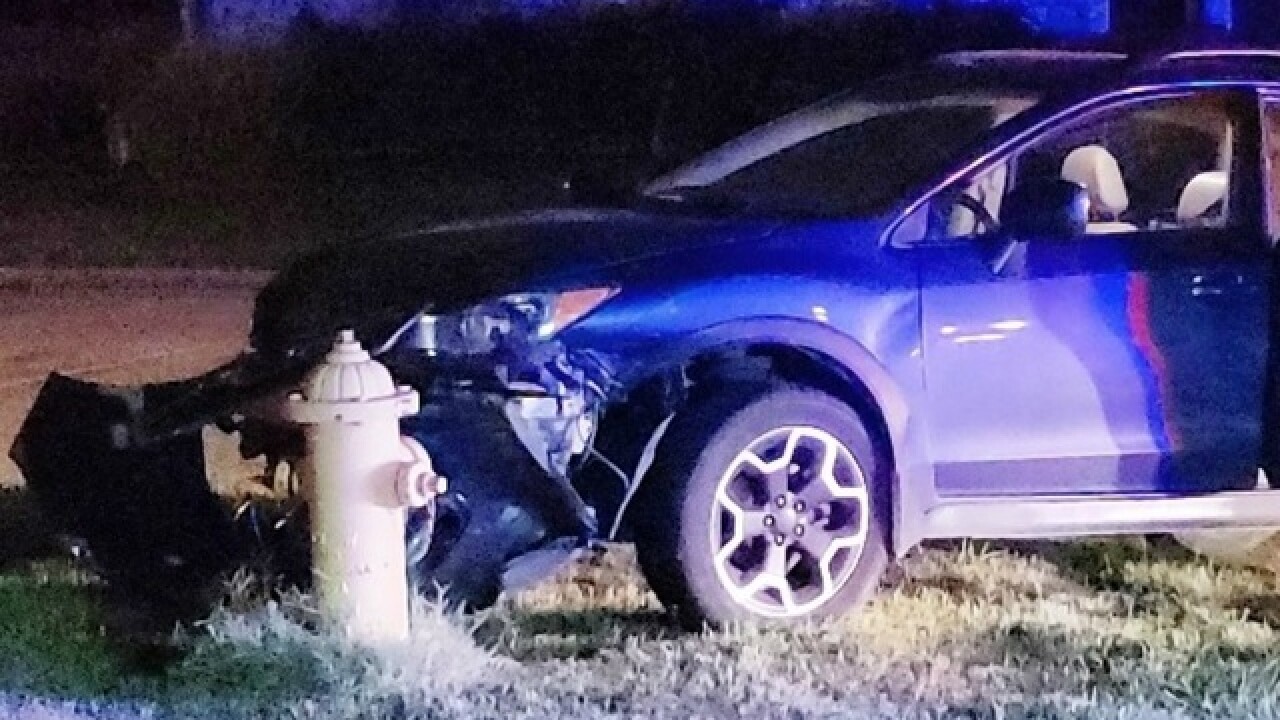 Tulsa Police arrested a woman and are searching for a man after a chase late Sunday night.

Just before 11pm, an officer spotted a stolen vehicle driving near 36th and South Sheridan Road and followed the car until backup arrived.

A few minutes later, police attempted to pull over the car with two people inside in the area of 46th and South Mingo Road, but the car sped away.

After a short pursuit, one man jumped out and was not located.

A woman hopped back in the car and tried to evade TPD officers.

She eventually crashed the car into a fire hydrant at East 49th Street and South 94th East Avenue, where officers took her into custody.