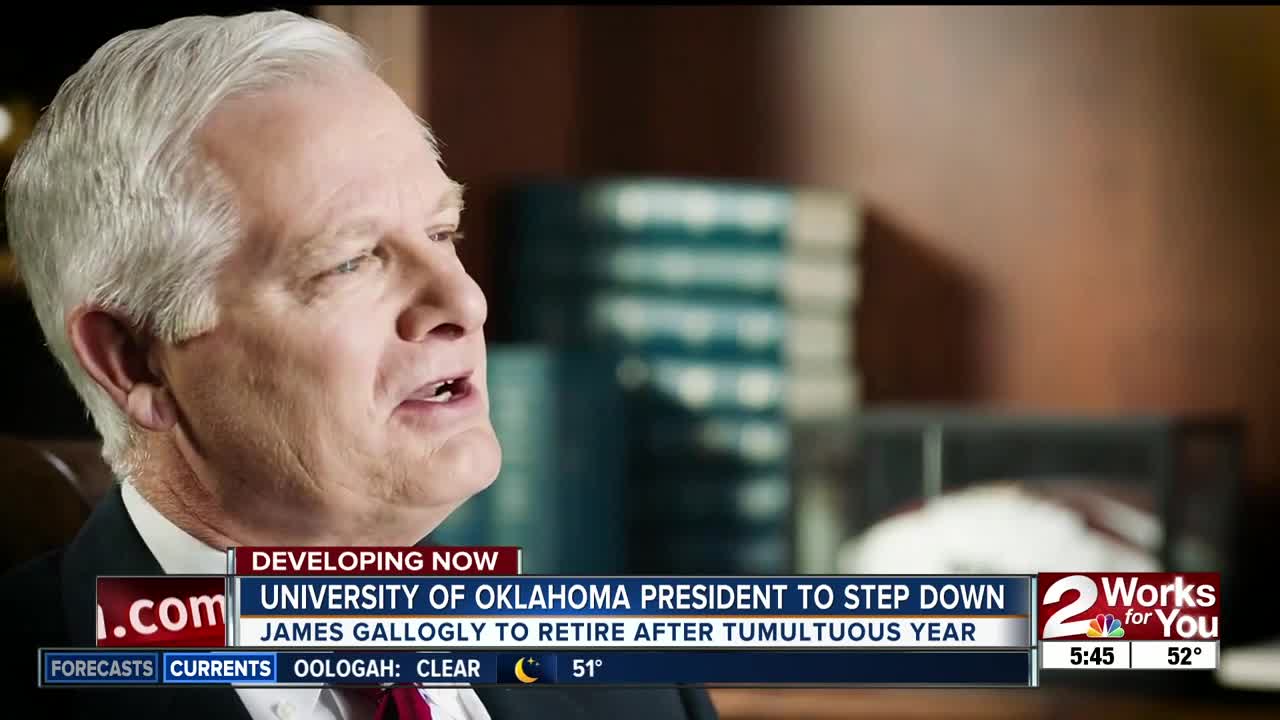 OU's President James Gallogly announced he is retiring a year after he was chosen as the university's 14th president. 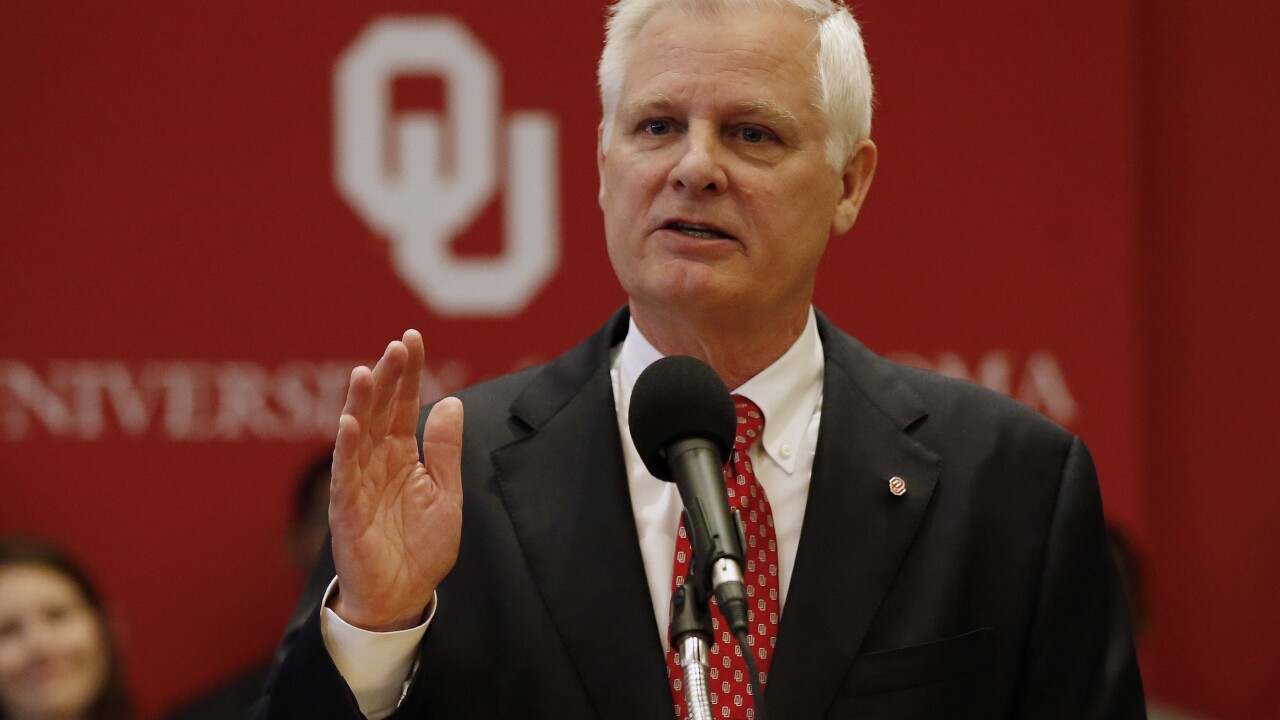 NORMAN, Okla. (AP) -- The University of Oklahoma's president has announced that he will retire from the position, which he took on last year.

James Gallogly, a former energy industry executive who came out of retirement to succeed David Boren as the university's president, said in a statement released Sunday that he has advised the university's regents of his plans to retire once they have a transition plan in place.

Gallogly's announcement comes after a tumultuous year that included an investigation into accusations of sexual misconduct against his predecessor and a racist video of a white student in blackface that spread quickly on social media and led to tension on campus.

Gallogly says he and his wife, Janet, will "continue to serve our university in other ways in the future."