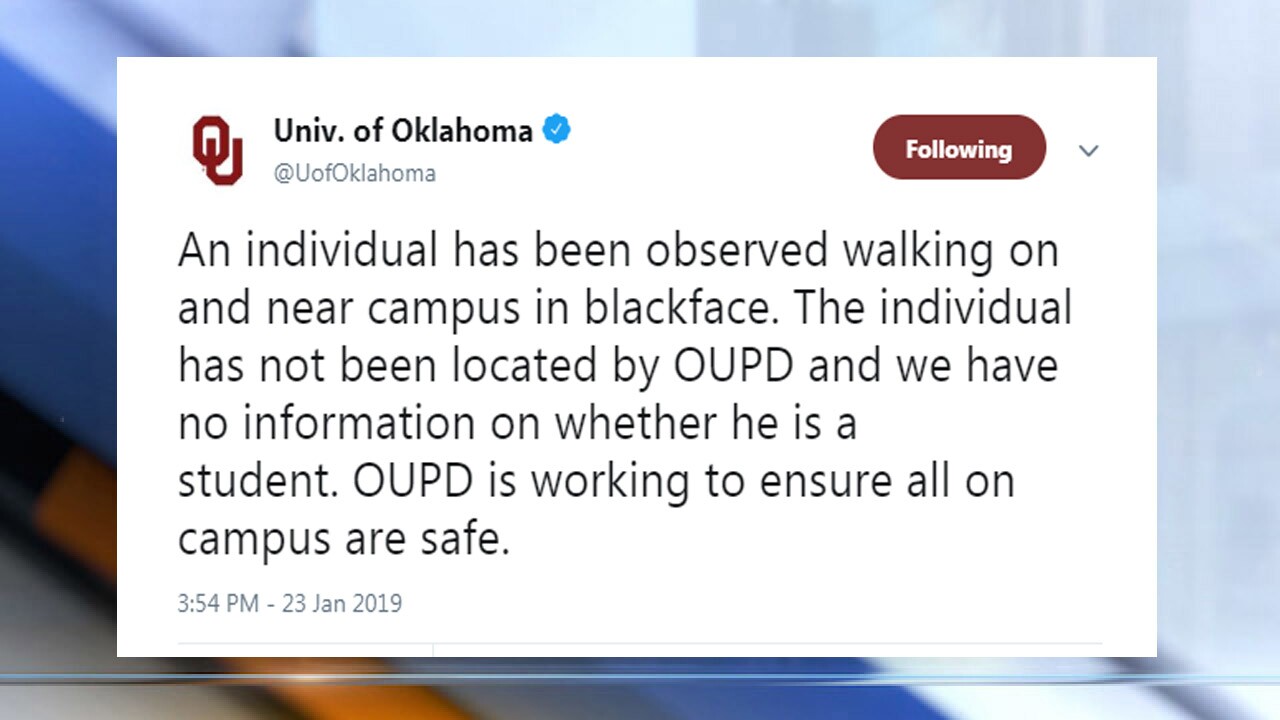 NORMAN, Okla. — The University of Oklahoma has issued an alert to students stating it has received information a person is walking around campus on Wednesday dressed in blackface.

According to OU officials, the campus police department has not located the person. OUPD is working to ensure the campus is safe, the alert says.

The person has not been verified as a student enrolled at the university. He was seen walking on campus and at Campus Corner, according to videos posted by students on Twitter.

According to video, aside from wearing blackface, he is dressed in a T-shirt that references Tommy Sotomayor, a controversial YouTube personality.

The OU Black Student Association said it will open the Henderson-Tolson Cultural Center at 7:30 p.m. for students who need a safe place "to process all the emotions of the recent events happening on OUR campus. During this we will come together as a community to strategize and come up with a viable plan of solutions."

Tuesday's alert from the university comes after two former OU students made a racist video in blackface that went viral and sparked outrage across the country. The students since have withdrawn from OU, one of them expelled from her sorority.

Hundreds of students, faculty and staff gathered for a Rally to End Racism on Tuesday in Norman, with some going as far as asking the university president, James Gallogly, to resign.

The OU BSA said in a statement that it is "not surprised, that due to the lack of immediate action from the university, another racist individual was captured in [blackface] on video."