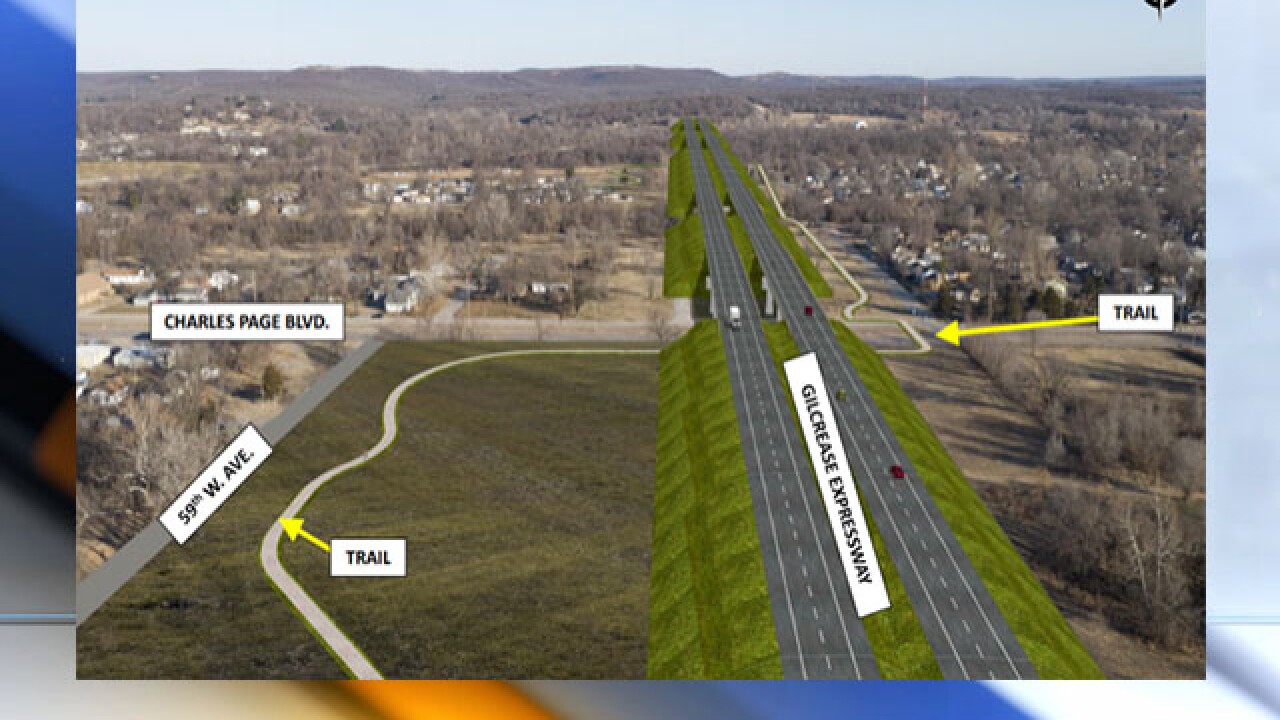 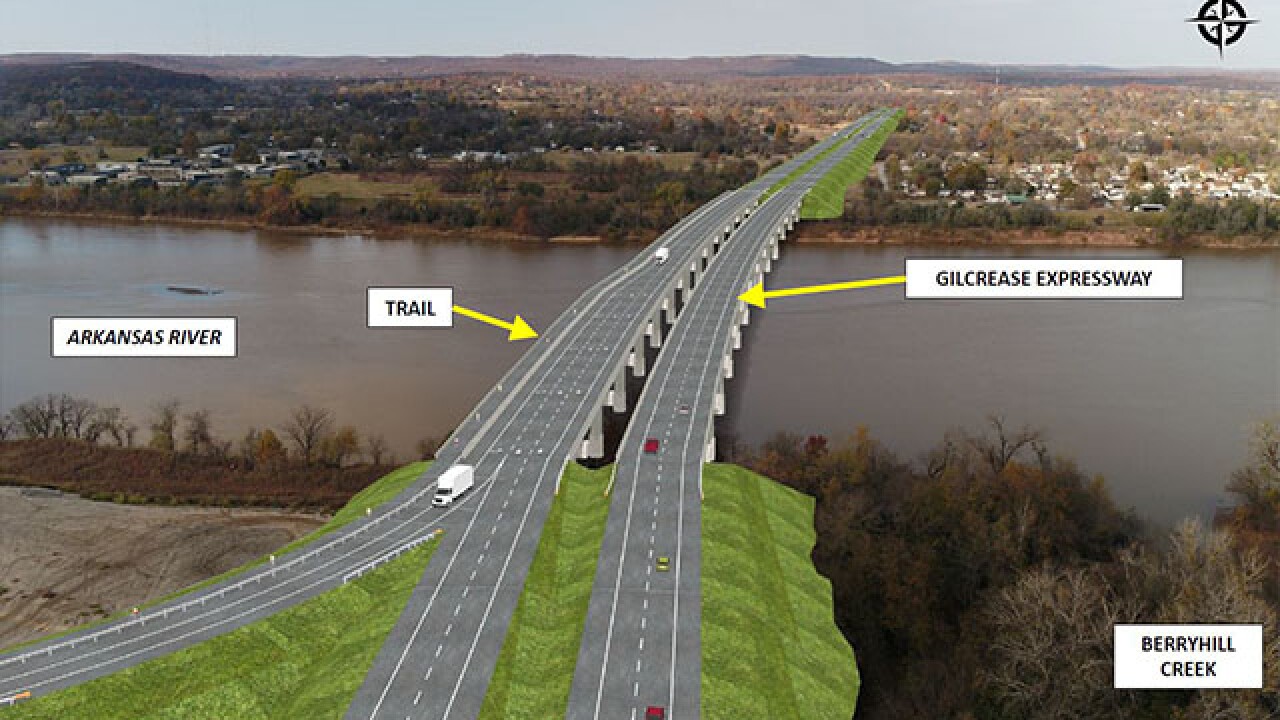 TULSA, Okla. — In October of 2019, a groundbreaking ceremony took place to kick off the construction of the Gilcrease Expressway extension.

The Oklahoma Turnpike Authority along with other city, county and state agencies are behind the project that will expand the existing expressway to four lanes. The expressway will connect to Interstate 44, ending just north of Highway 412.

Officials said the project has been in the works since 1961 and is a long time coming for residents living on the west side of the Arkansas River.

President Donald Trump tweeted Wednesday that Tulsa was approved for a loan to help with the Gilcrease Expressway extension.

The Tulsa, Oklahoma area has been approved for a transportation loan from the @USDOT of up to $120M to help expand highway on the Gilcrease Expressway West Project. This will mean less congestion and faster routes to popular spots! @GovStitt

OTA is set to receive a $120.1 million loan for the Gilcrease Expressway West Project, announced the U.S. Department of Transportation.

This $120.1 million federal investment in the Gilcrease Expressway reflects the President’s continued emphasis on infrastructure and will promote economic growth by reducing congestion for residents and travelers in the Tulsa, Oklahoma region.

The Gilcrease Expressway West Project is the first in the state of Oklahoma to use the Transportation Infastructure Finance and Innovation Act.

The project is expected to relieve congestion during the main travel periods in the region and provide a more direct route to city attractions and between neighborhoods on opposite sides of the Arkansas River.

There really is no western access across the river for people in this part of Tulsa. This will provide a much needed corridor across that river for all these businesses out here and people who live out here.

Jack Damrill, the director of communications for OTA

The U.S. Department of Transportation loan to complete the Gilcrease Expressway, announced today by President Trump, will support regional economic prosperity as Tulsa continues to grow. The Gilcrease Expressway is a multi-generational project that has rapidly neared completion in recent years thanks to local, state and federal leadership and the advocacy of our region’s OneVoice coalition. This expansion of transportation options will enable continued investments in our community and create new economic development opportunities. We at the Tulsa Regional Chamber are grateful the president and U.S. Department of Transportation support this ambitious project.

Mike Neal, president and CEO of the Tulsa Regional Chamber