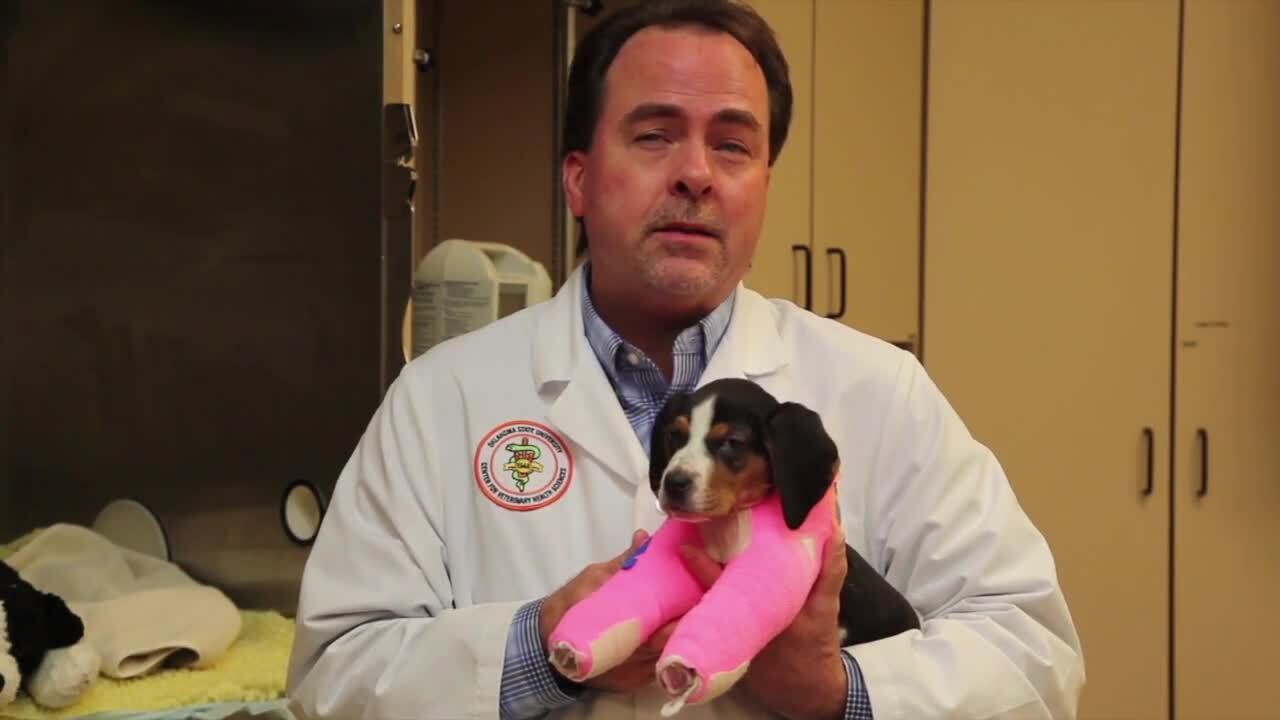 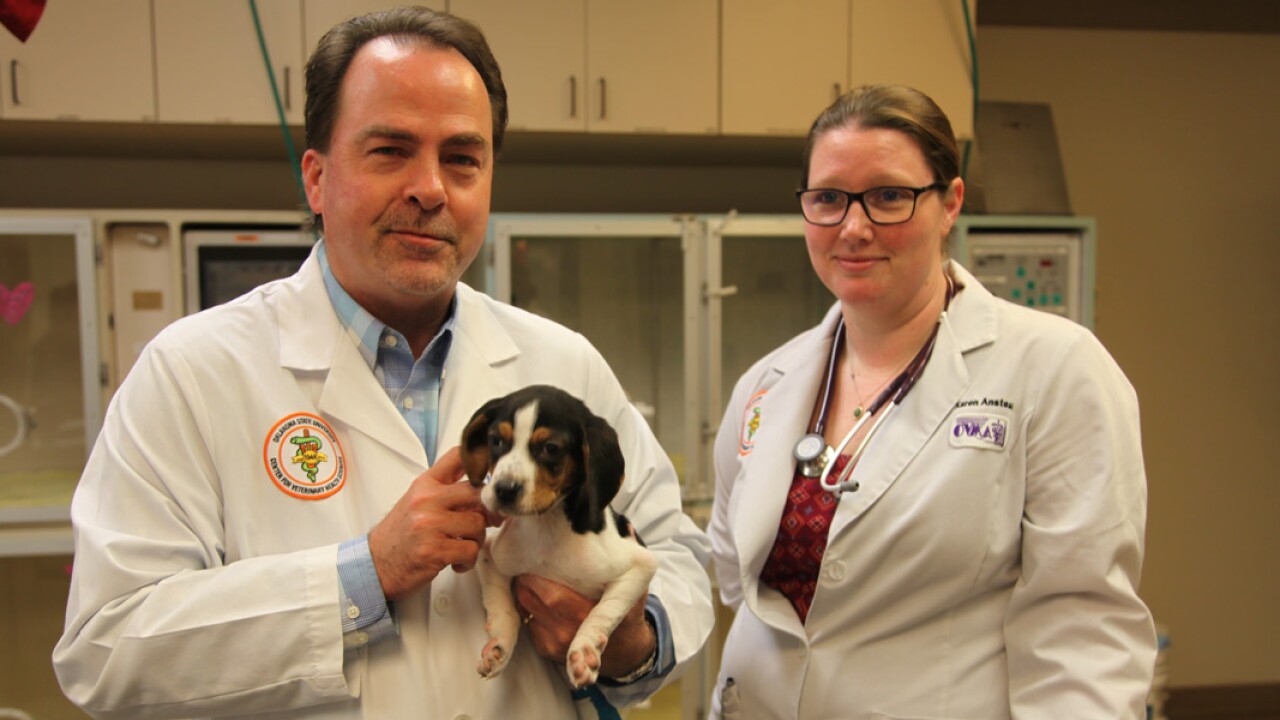 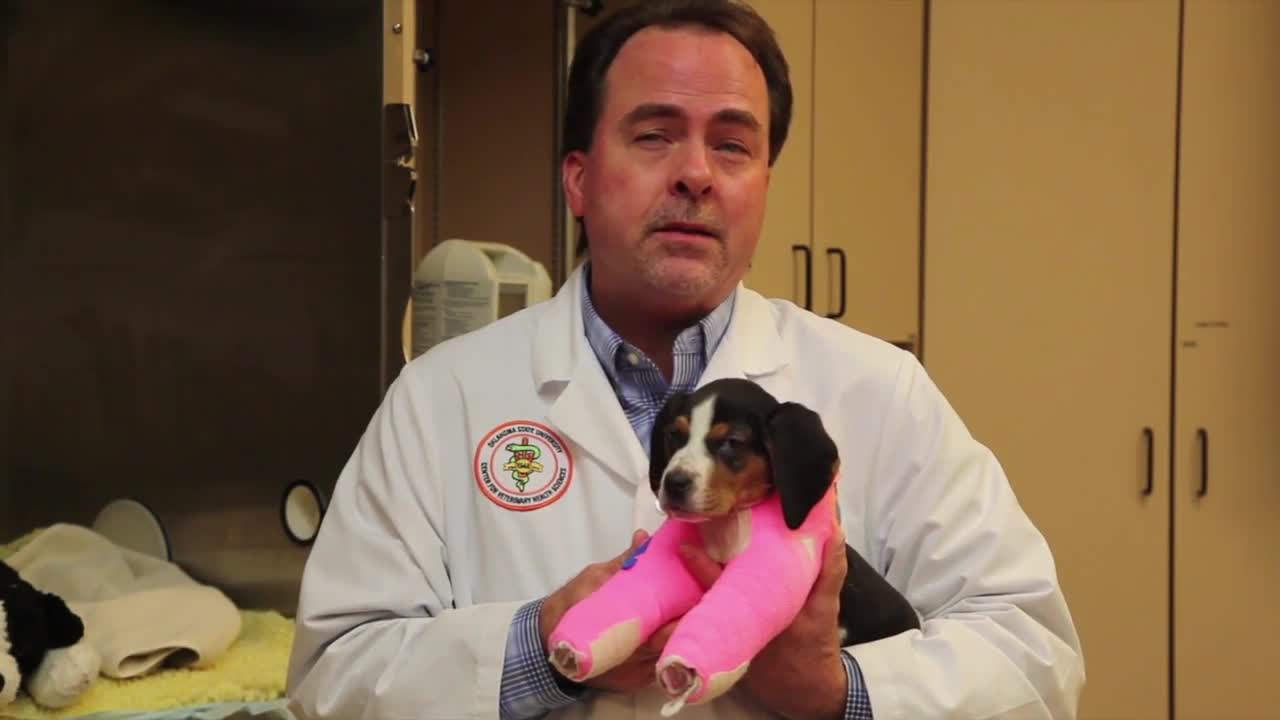 The veterinary science team at Oklahoma State University says corrective surgery performed on a dog with upward paws was successful.

Dr. Erik Clary, who is the associate professor of small animal surgery, said the 5-week-old hound named Milo basically had to “Army crawl” because his paws were turned upward instead of downward.

“It is very unusual, but also very debilitating. So when we do see it, something needs to be done.”

Milo was surrendered to an animal rescue agency because of his condition. Clary said in 27 years of surgery, it is only the third time he has come across a dog with upward-facing paws.

“Milo’s surgery was complicated,” Clary said in a statement. “For each of his elbows, we had to go into the joint and restore the alignment. Then we placed a pin across the joint to keep it straight while his growing bones continue to take shape and his body lays down the internal scar tissue that will be needed for long-term stability.”

Milo now is in a rigid, front-body splint that he will wear about two more weeks before the pins are removed to make sure his elbows are stable. After that process, he will intensive rehabilitation therapy.

“Milo’s a sweet and resilient dog. He quickly developed a real following in the hospital. Many a well-wisher checked in on his progress. And since he couldn’t ambulate or stand well with the splint in place, he was happy to find no shortage of student and staff volunteers willing to hold him and help him get outside when needed.”

The animal rescue covered the cost of the surgery, OSU says, but if people want to help pay for Milo’s medical care, you can contact Oliver and Friends Farm Rescue and Sanctuary in Luther at 405-655-9885.