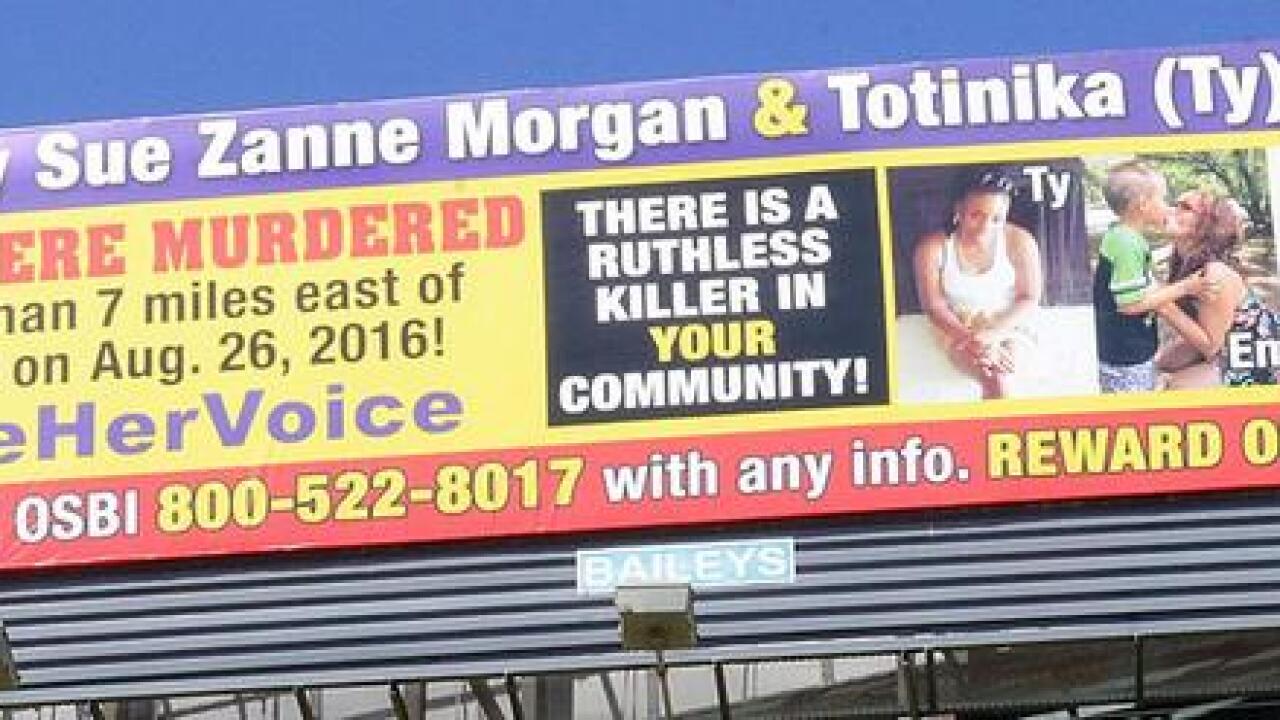 MCALESTER, Okla. (AP) -- An Oklahoma woman says the Oscar-nominated film "Three Billboards Outside Ebbing, Missouri" inspired her to create her own signs in the hopes of solving the unsolved 2016 killing of her daughter and another woman.

The McAlester News-Capital reports that in the film that sparked Kim Merryman's idea, Mildred Hayes played by Frances McDormand has signs put up questioning why no arrests have been made in the death of her daughter.

Merryman's billboard that says "we were murdered" can be seen along U.S. Highway 69 in McAlester. She says her sign isn't meant to criticize the Oklahoma State Bureau of Investigation.

The remains of Merryman's daughter, 23-year-old Emily Morgan, and 24-year-old Totinika Elix, were found inside Morgan's vehicle in the driveway of a vacant home in Bache, nearly 8 miles (13 kilometers) east of McAlester.