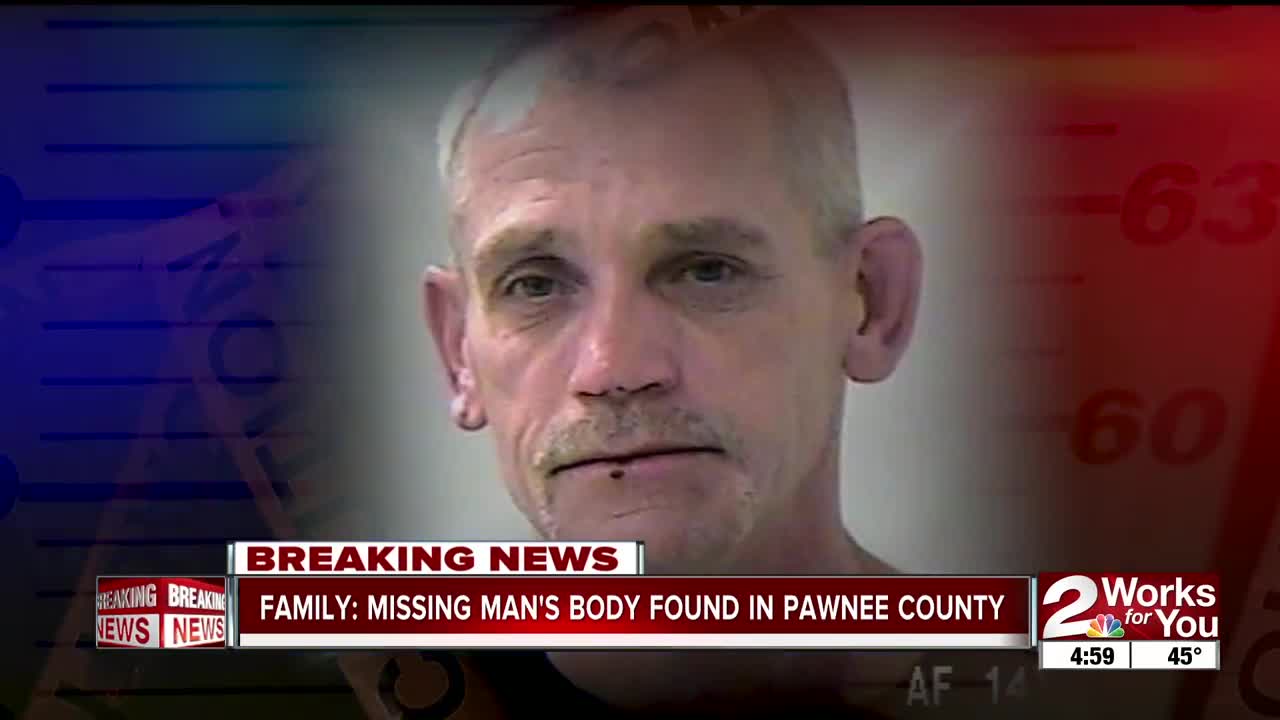 Tommy Tisher's family says his body was found along Highway 412. He had been missing since last Saturday. 2 Works for You Reporter Gitzel Puente has the latest from the scene.

Law enforcement sources and family members on Friday afternoon told 2 Works For You the body is that of 50-year-old Thomas Tisher, of Cleveland, who vanished Dec. 8. The Oklahoma State Bureau of Investigation confirmed that before 8 p.m.

The body was found by an Oklahoma Department of Transportation work crew off U.S. 412 going eastbound near Keystone Lake at about 12:15 p.m.

Tisher reportedly was last seen when he and a friend went to the Osage Casino together early Saturday morning, police say. OSBI says the friend was ready to leave and Tisher "was nowhere to be found," so he returned home to Cleveland without him.

Investigators searched nearby earlier this week after tips came in saying Tisher had been spotted walking in the area.

Officials say the death is being investigated as suspicious. The state medical examiner will determine cause and manner of death.