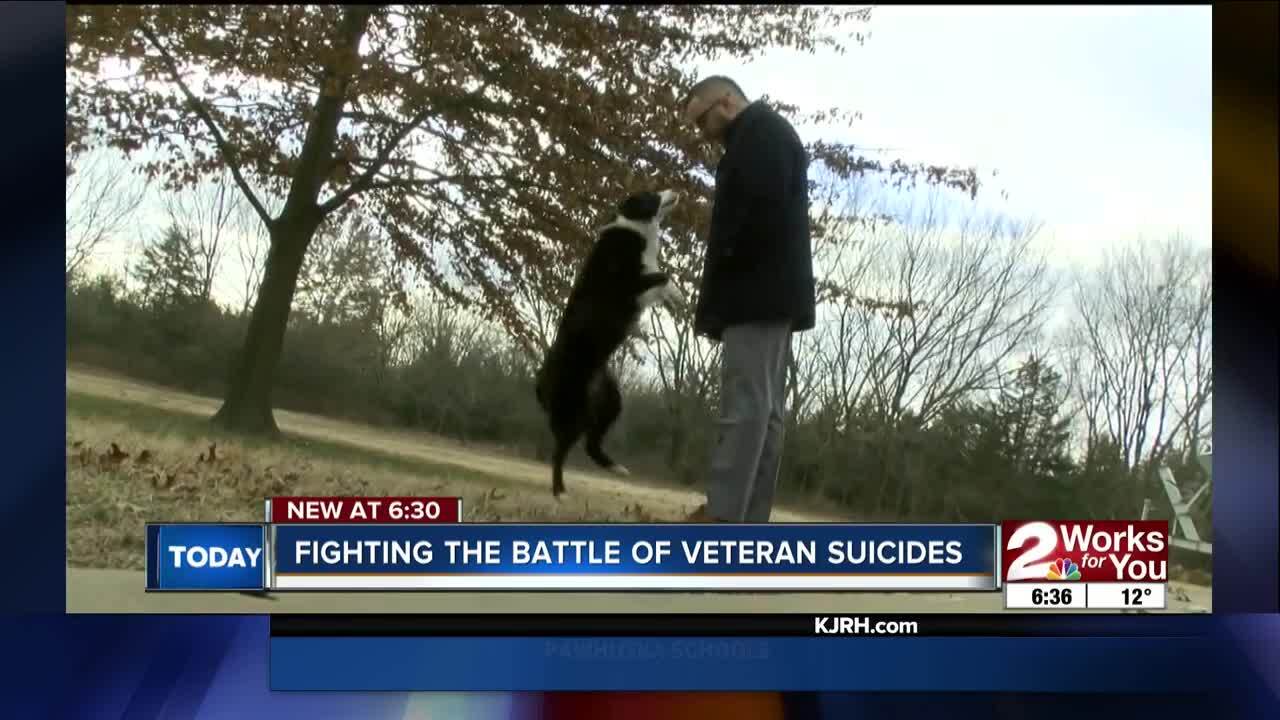 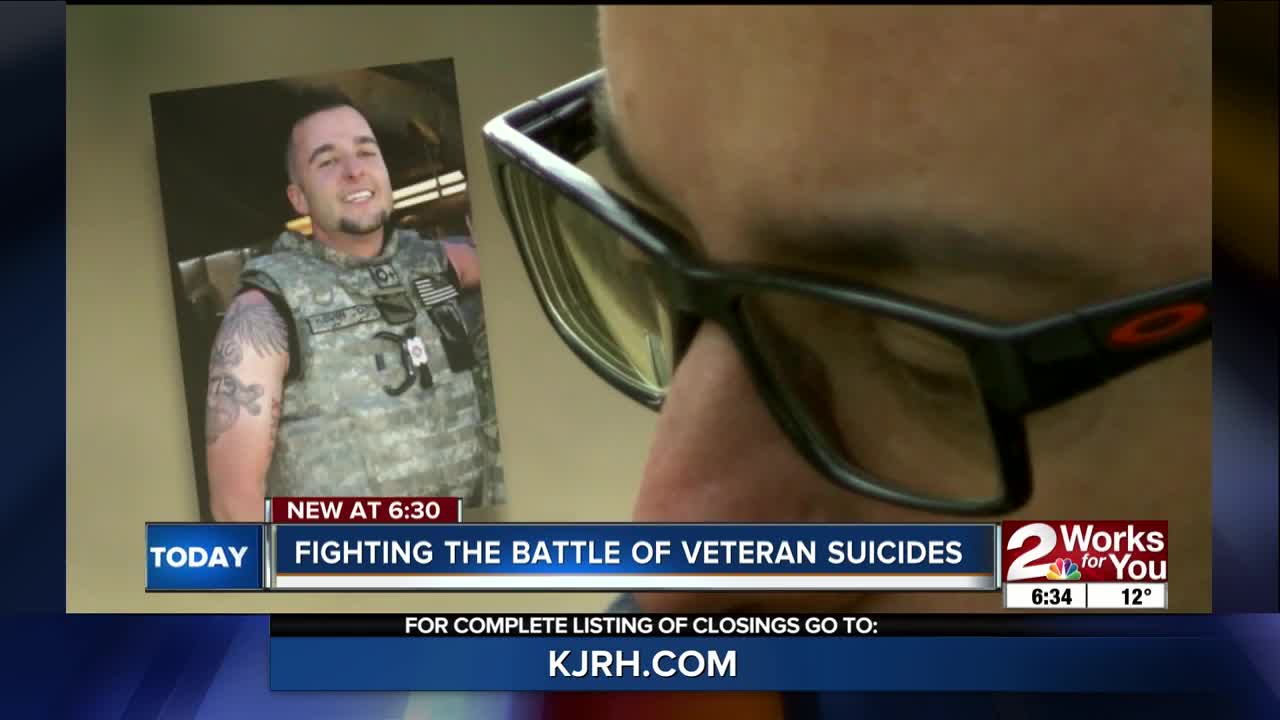 TULSA — With about 20 veterans dying by suicide every day, groups are getting creative to decrease that number.

Kevin Doncaster, a Bartlesville veteran, said, “I’m depressed all the time. I have absolutely no energy. I’m not mentally available for my family . . . I felt like I was no good to my family or anybody else.” When Doncaster came back from the war in Iraq, he found himself in another war – one with depression.

On the verge of suicide, he got rid of all medication, but the anxiety and thoughts of suicide were still there. Then, he met Lacey, his new service dog. He says she was a game changer that possibly saved his life.

So, when several of Doncaster’s military friends recently took their own lives, he knew he had found a new mission – providing service dogs to veterans. He explained, “We’re going to set them up for 30 days, so they’ll have food, everything they need to get started with that dog and also access to the training. That bill will come to us.”

It’s an effort to hopefully help curb veteran suicide or the thought of suicide. It’s a battle many who served our country face.

Daphne Hillhouse, Suicide Prevention Coordinator for the VA explained, “The comfort with firearms and the comfort through (veterans’) training with their own death and being will to die for our country make them more susceptible possibly to suicide.”

Hillhouse says that of the roughly 20 veterans who die by suicide daily, 14 are not receiving services from the VA. Of the six who are getting VA services, only three are engaging in mental health services.
Some of them do not receive services by choice while other are ineligible. She said, “One of the things that we really want to do is encourage those who are eligible to make the VA their first choice and to understand the VA services, especially in mental health, are really top notch.”

In the meantime, Doncaster is getting the ball rolling on his new non-profit and getting the application process up and running. The veteran said, “We’re getting organized because we want to vet the process. We want to make sure people aren’t trying to get an $8,000 dog for free.”

Hillhouse added, “Companions or therapy dogs are very helpful in giving an individual someone to rely on, a dog who relies on them that they need to take care of. It can be an interruption to an impulse to die by suicide.”

Click here to support Kevin Doncaster’s mission to give service dogs to veterans.