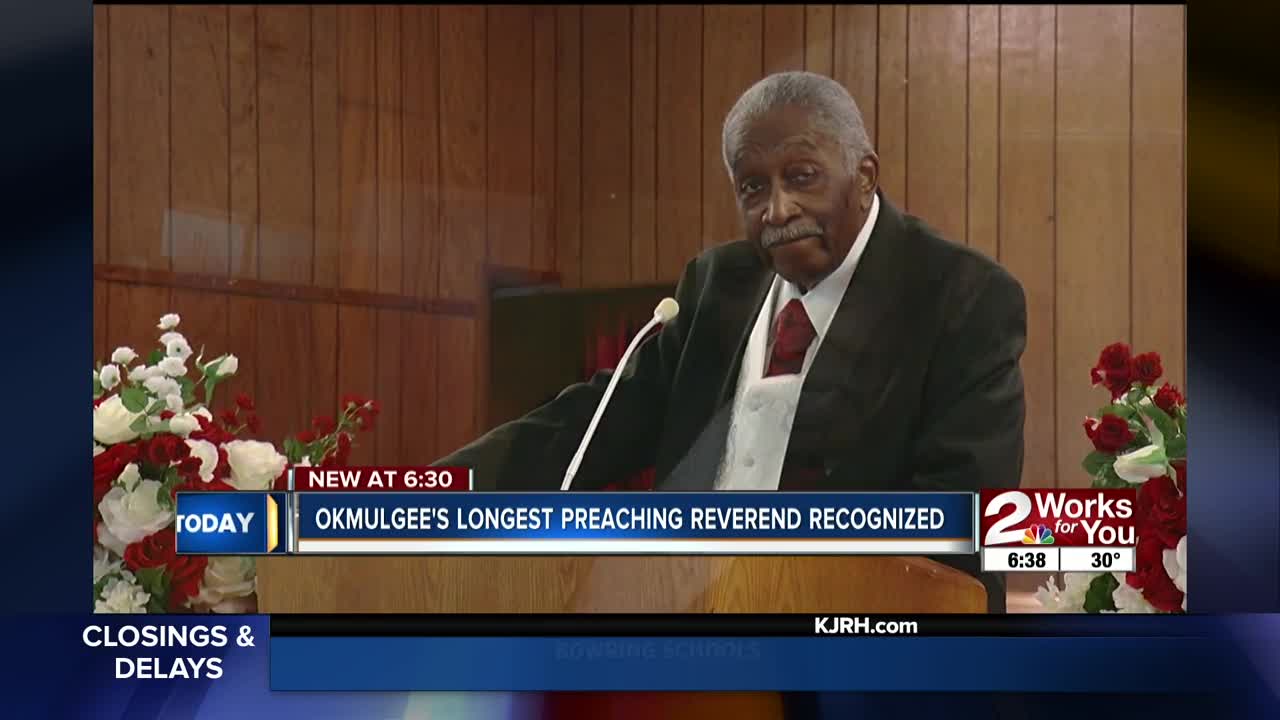 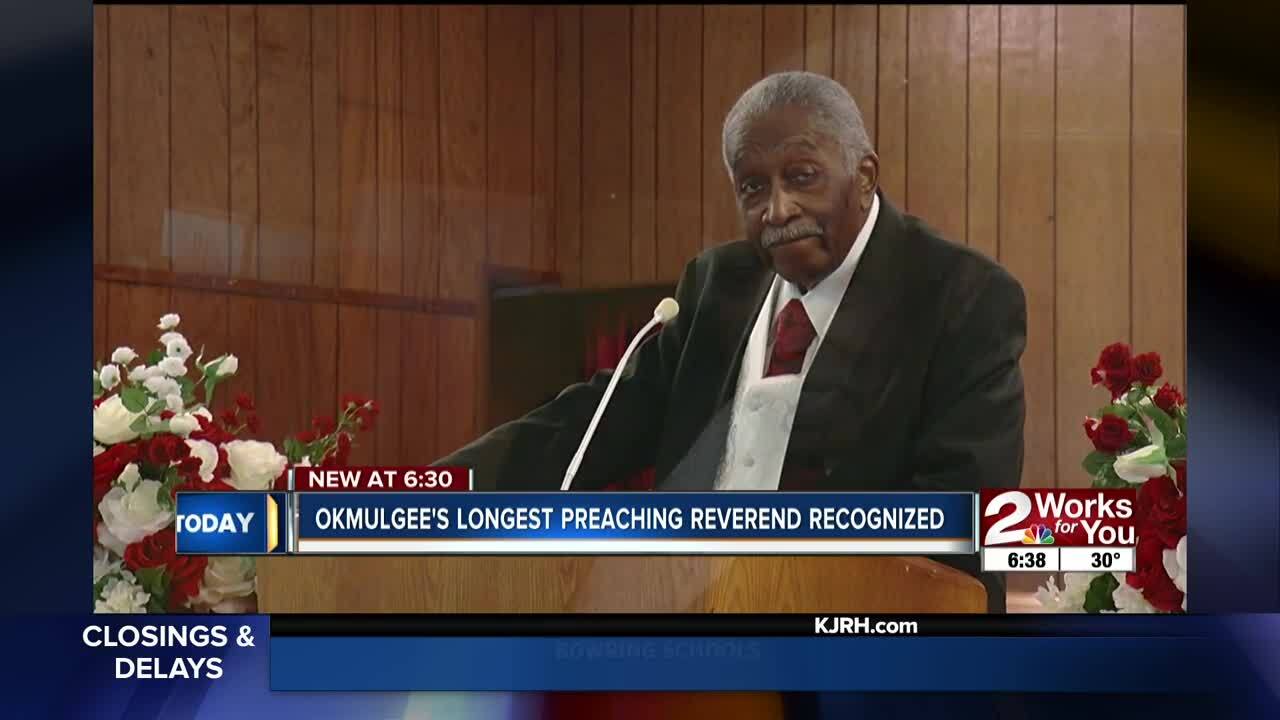 The 87-year-old moved from Chicago in December of 1959 when they asked him to pastor for two years. That has turned into nearly six decades.

"The more I stayed, the harder it was to leave. Why leave? I'm doing what I want to do," said Reverend Jackson.

He said the faithfulness of the people is what has kept him here all these years, adding that living in a city of about 12,000 people has its rewards.

His children and wife of 62 years, Irene Jackson, have been an important part of the reverend's journey.

"I'd say we have a peace of mind here that I wouldn't have in a large city anymore. People do care about one another here," said the reverend's wife.

On February 9, the mayor of Okmulgee proclaimed it Reverend P.W. Jackson Day and renamed the street in front of the church on First and Central after him.

"It's a total surprise. I've never in my life thought I would have anything named after me except my sons and my grandson," said Reverend Jackson.

He said his greatest accomplishment has been spreading the word of God in Okmulgee and trying to make a difference in at least someone's life.