Oklahoma's oldest JROTC program might have to shut down 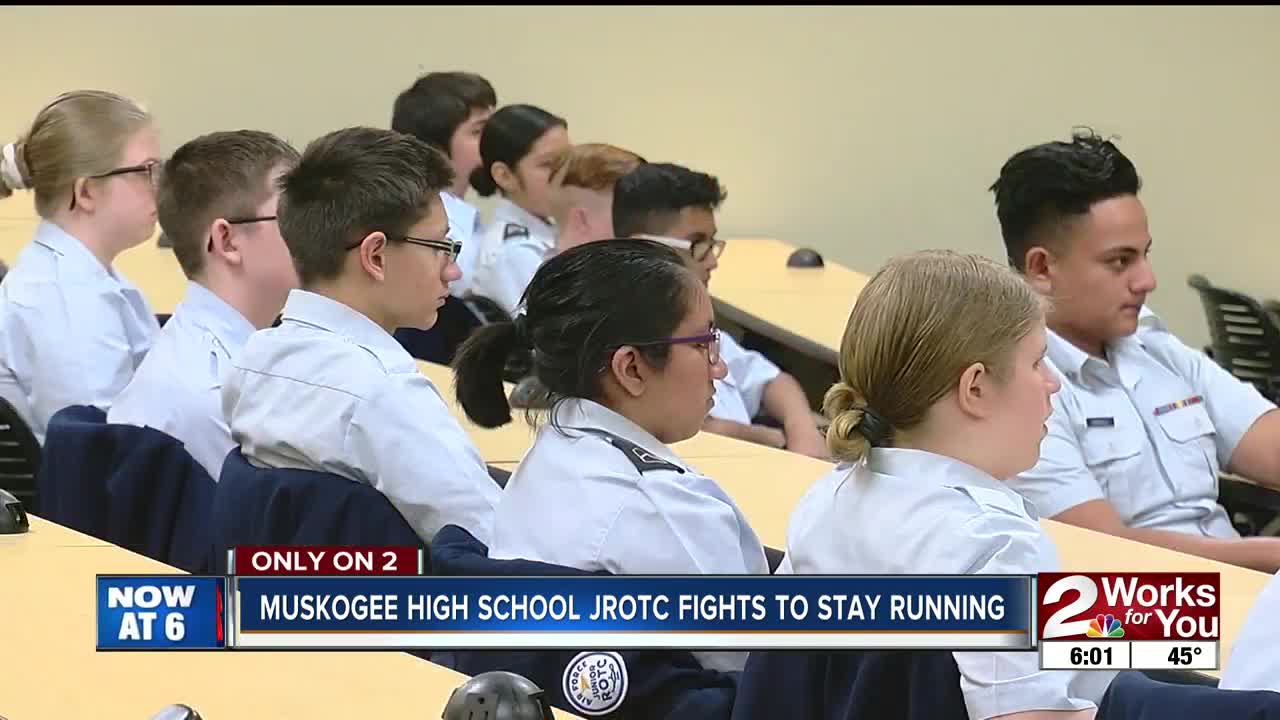 Oklahoma's oldest JROTC program might have to shut down

MUSKOGEE, Okla. — The state's oldest JROTC program is in danger of closing at Muskogee High School unless it quickly can double its numbers.

The program in Muskogee was the first in Oklahoma. Organizers say to lose it would be a hit to both the school and the students.

Roughly 50 students are in the program right now, but leaders say only one of them has stuck with it consistently over the past few years.

That points to the trouble of finding and keeping interested students - a problem that now threatens the program as a whole.

Senior instructor Major William Triplett says when he arrived just over three years ago, the Air Force was trying to grow the program.

Now he says it's shrinking by 26 schools, with Muskogee first on the chopping block.

It's a scramble forcing students in the program to find students to sign up, and it’s leaving them to wonder what school will be like without it.

Going through the program gives students a higher rank if they enter the military – or up to a full year of college credit in ROTC when they get to college.

The Muskogee program needs more than a hundred students by October - basically doubling in size - to stay afloat.