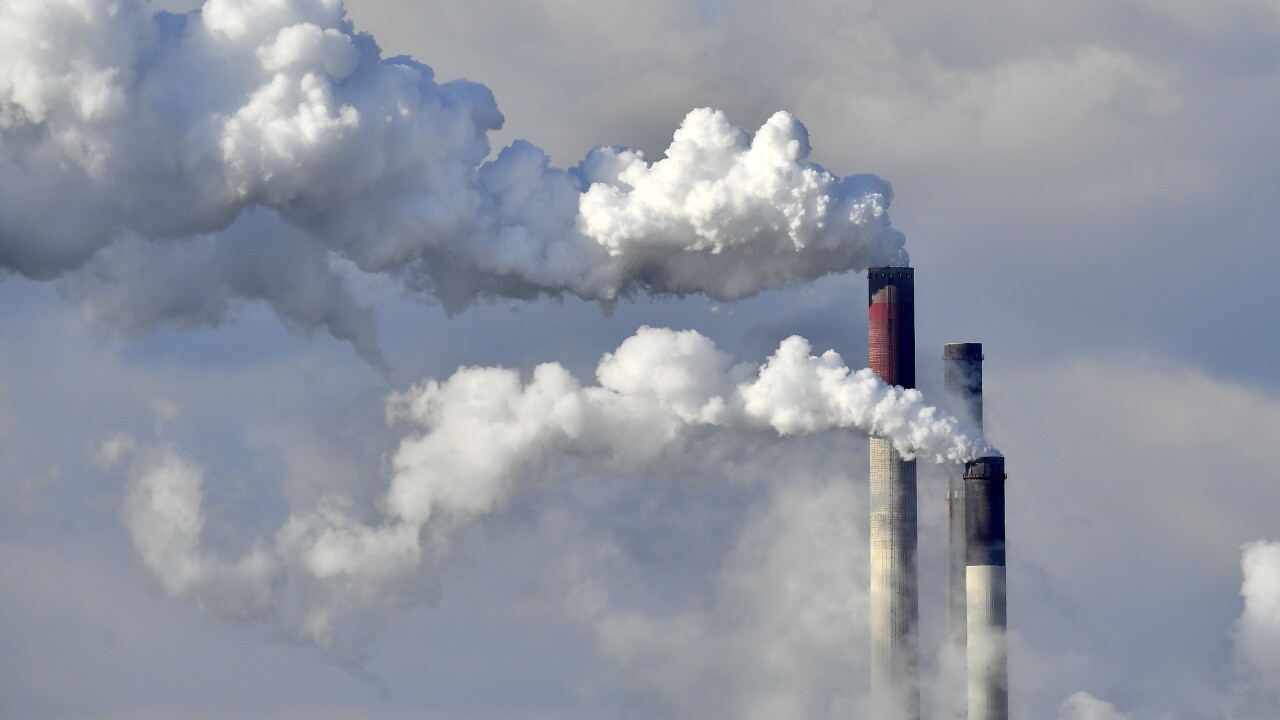 (Copyright 2020 The Associated Press. All rights reserved. This material may not be published, broadcast, rewritten or redistributed.)
Martin Meissner/AP
FILE - In this Feb. 27, 2018 file photo a coal-fired power station steams in the cold winter air in Gelsenkirchen, Germany. Environmental groups say 10 utility companies are responsible for the majority of premature deaths caused by emissions from coal-fired power plants in Europe. In a report published Tuesday, Nov. 20, 2018 five campaign groups, including Greenpeace, blame the companies for 7,600 premature deaths and millions of work days lost across Europe in 2016. (AP Photo/Martin Meissner, file)

OKLAHOMA CITY (AP) -- An environmental organization is criticizing an Oklahoma utility's request to increase rates after spending more than $600 million on equipment designed to reduce emissions.

The Oklahoma Gas & Electric Company is updating coal-fired units at the Sooner Power Plant and the Muskogee Power Plant to comply with federal regulations.

The utility is now seeking a nearly $78 million annual rate increase to "recover its investment." OG&E says the typical residential customer would see a $7.60 monthly increase.

The Oklahoma Sierra Club has criticized the move, noting that the company's plans to update the Sooner plant were twice denied approval in recent years by the commission and the courts.

The nonprofit also criticized the utility for purchasing an additional coal-powered plant instead of seeking cleaner energy options.