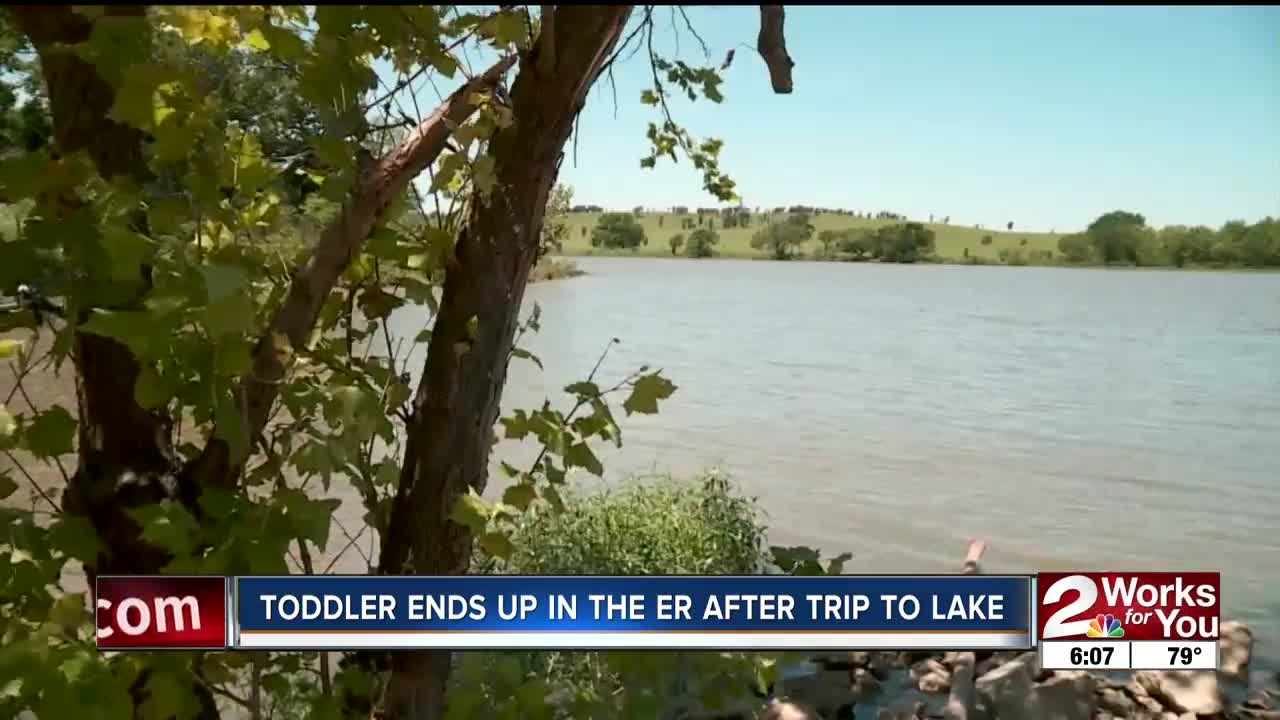 An Oklahoma mother says her toddler ended up in the ER after a swim in a Green Country lake. They say it happened after a trip to Bluestem Lake in Osage County.

OSAGE COUNTY, Okla. — An Oklahoma mother says her toddler ended up in the ER after a swim in a Green Country lake.

They say it happened after a trip to Bluestem Lake in Osage County.

"It might not be horrible, but it could be at the same time so me and my husband were really worried," said Jessye Millard, the girl's mother.

She was worried after her 2-year-old daughter, Lili, started acting strange.

"She started getting really irritable, she started screaming off the top of her lungs and we finally were just like, 'I think there's something wrong.'"

It all happened after the family spent Memorial Day swimming on Bluestem Lake.

"She was actually sitting still with us and watching TV, and we're like, 'this isn't Lili.'"

The symptoms made Millard take her daughter to the doctor.

"That's what kind of pushed me to take her in, just because she wasn't my child."

Millard was shocked by the results.

"Our doctor got back with us and told us she tested positive for the Shiga toxin type 2 and to get her into the ER as quick as possible,"

According to the CDC, it's a type of E. coli.

The family is now warning others about their frightening experience.

"There was a lot of fighting back tears, especially through the process of giving blood, because it took five of us to hold her down... That's a traumatic experience just in itself."

Now, the family is afraid to let their kids in the water again.

"It's kind of a sad because it's kind of taken that away because we're all scared to let them swim again."

Pawhuska city officials say they are testing the water but the results are not back yet.