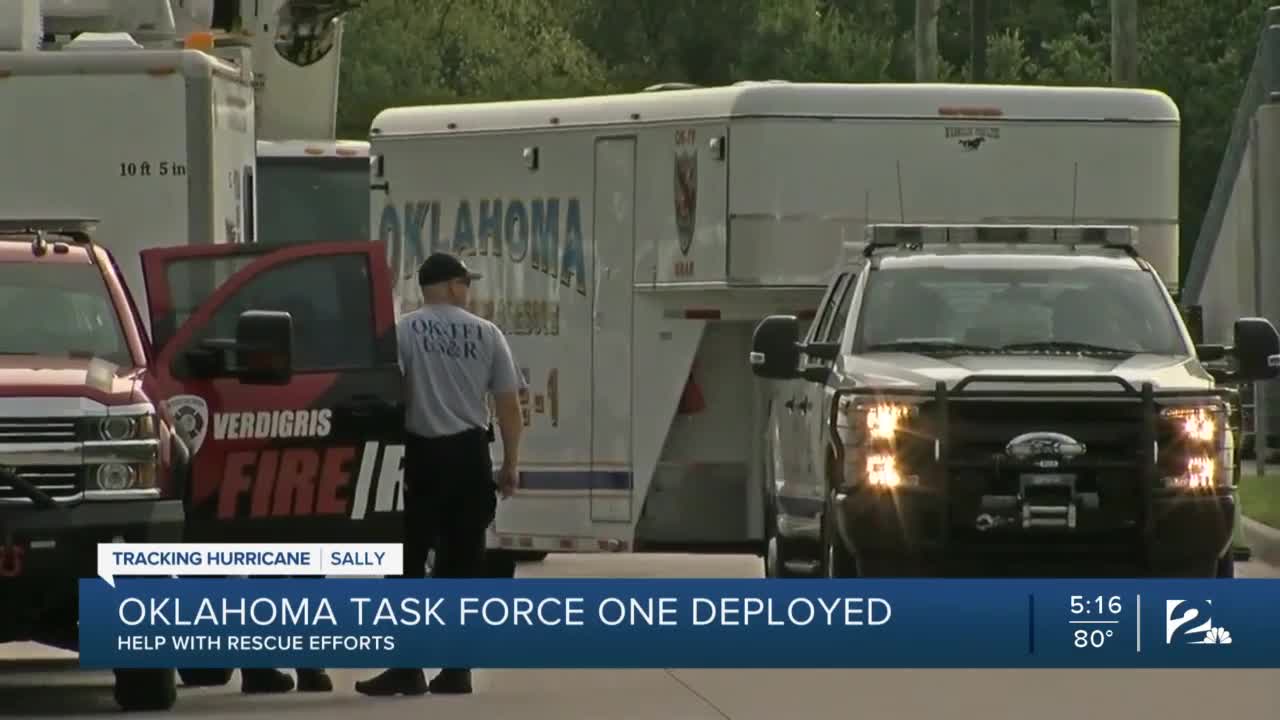 Sally strengthened into a Category 2 storm on Monday and it's expected to make landfall in Louisiana on Tuesday.

Ahead of the storm's arrival, 37 members departed from the Tulsa Fire Safety Training Center on Monday morning.

The crew will be staged in Baton Rouge and then most likely move to New Orleans for the storm, according to the Tulsa Fire Department. The team will help with rescues and other tasks as a result of the storm.

"We're going to be working in the New Orleans area. So, you know how that is low lying and they can't handle that heavy rainfall in that short amount of time," said Terry Sivadon, rescue coordinator.

Task Force 1 could be in the area for 14 days. Sivadon said they won't come home until the job is done.