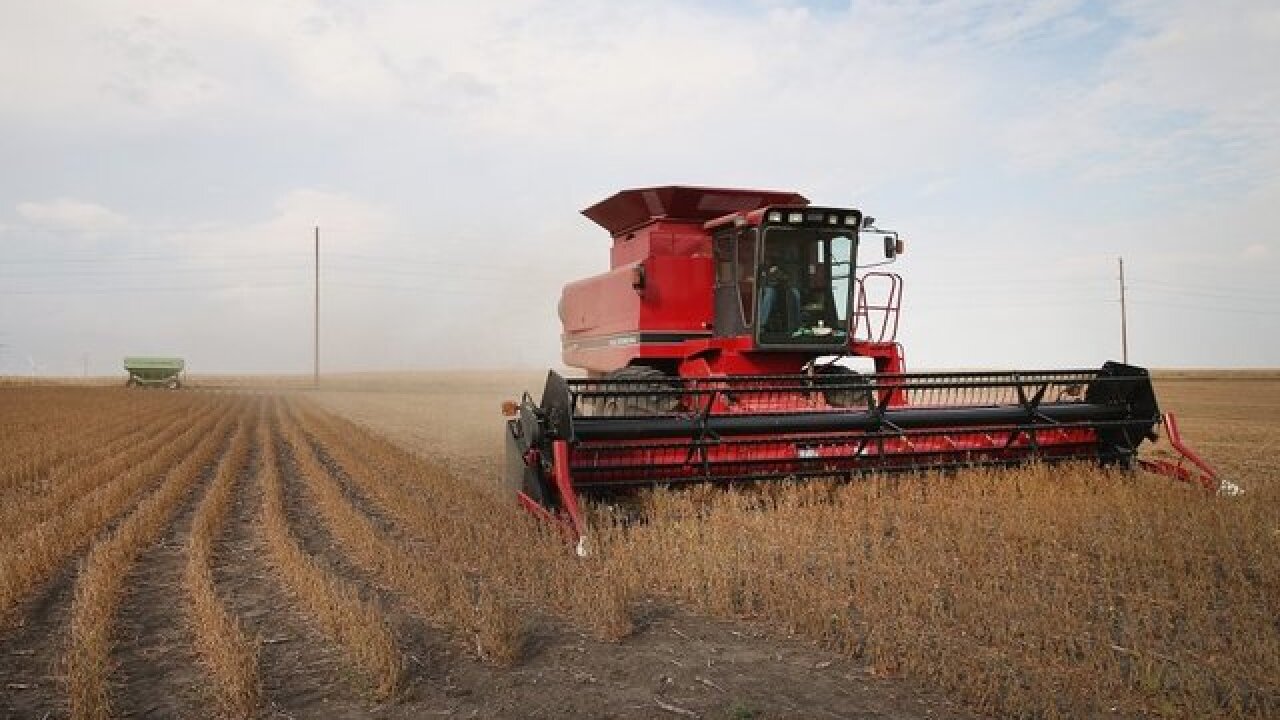 OKLAHOMA CITY (AP) -- Oklahoma soybean farmers say they're frustrated over a 20 percent price drop, but they're not ready to blame President Donald Trump for starting a trade war with China that has targeted their commodity.

Trump imposed tariffs earlier this month on $34 billion worth of Chinese products to improve the overall U.S. trade position. That prompted China to impose tariffs on many imported American goods -- including a 25 percent tariff on soybeans.

Soybean farmer Steve Wooderson of Blackwell told The Journal Record he doesn't know how much of the recent drop in soybean prices is political and how much of it's due to an increase in soybean acres.

The National Agricultural Statistics Service says soybeans are about the eighth most valuable agricultural commodity in Oklahoma, worth about $100 million annually.