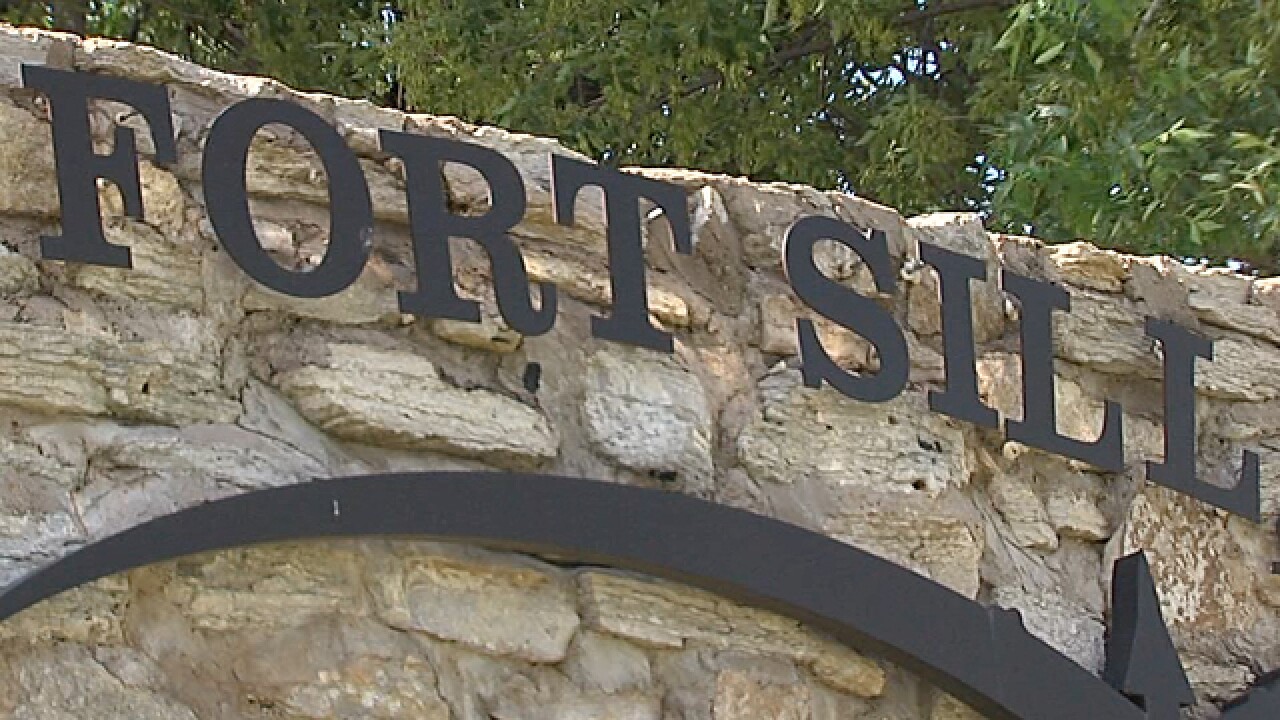 Hundreds of migrant children will soon be staying at an Oklahoma Army post.

Health and Human Services says it plans to use facilities at Fort Sill to house unaccompanied minors arriving from Central America.

The department says the Army base will be able to keep up to 1,400 children. They say the children will not be kept in tents, and the setup is temporary.

Oklahoma senators Jim Inhofe and James Lankford on Wednesday issued statements about the plan. Read below.

“Decades of immigration failures, made worse by the Obama Administration, have created such a crisis on the southern border that it is necessary to turn to military resources to assist unaccompanied minors arriving from Central America. While I am disappointed that Democrats continue to ignore the crisis, I have spoken to the Trump administration and local base officials and am confident that, unlike in 2014, there is an organized, responsible plan for temporarily housing unaccompanied minors at Fort Sill that will not have an adverse impact to readiness or the missions at Fort Sill,” Inhofe said. "This crisis was caused by President Obama and Congressional Democrats. President Obama’s policies invited these minors to come, and the Democrats’ continued blockade against common sense immigration reforms, including building the wall, have perpetuated it. I’m going to continue working with the President to enforce our immigration laws and secure the border as I have consistently done – it is our only hope of resolving the ongoing immigration crisis.”

"In 2014, our nation saw a large increase of people crossing the southern border. As a result, President Obama declared a 'humanitarian crisis' that required Ft. Sill to house Unaccompanied Alien Children (UACs)," said Lankford.
"Five years later, hundreds of thousands of UACs are illegally crossing into the US in unprecedented numbers. This is further proof that the crisis at the border needs Congress’ immediate attention to address the growing humanitarian crisis and to fix the loopholes in our nation’s immigration process. The President has requested an additional $4.5 billion this year on top of the $1.3 billion already spent just to care for UACs on our southern border. When President Obama’s Administration used Ft. Sill to house UACs, I toured the facility to see the safe environment provided for unaccompanied minors, but I was frustrated by President Obama’s lack of engagement in the problem. We must work with Mexico and fix our own legal loopholes to solve the underlying issues,” Lankford concluded.