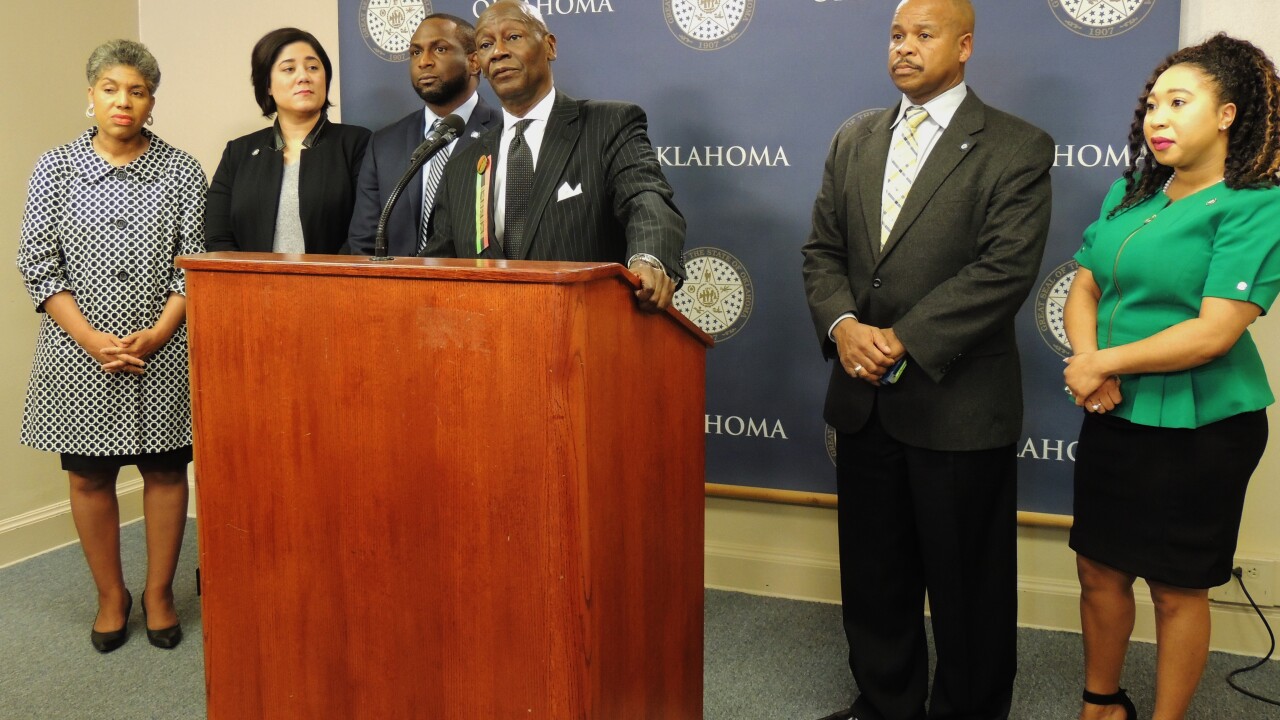 At the news conference, Young outlined several requests for OU:


In late January, two students who were seen in a video, with one wearing "blackface," withdrew from the university after the video went viral. The video shows one of the former students dressed in black paint saying a racial slur.

“The caucus is confident that President Gallogly and other university leaders are willing to work in tandem to make greater strides towards improving student relations and promoting an environment of inclusion throughout the campus administration, classroom, social, and extracurricular programming,” Young said. “This week’s meeting will not be the last, as the effort is ongoing and will continue as the weeks move forward. Our caucus believes that the work will be done with the courageous and diligent efforts of all involved. It is beyond time for these matters to be addressed and it is imperative that we become more proactive, that we address these injustices instead of being reactionary upon an occurrence.”