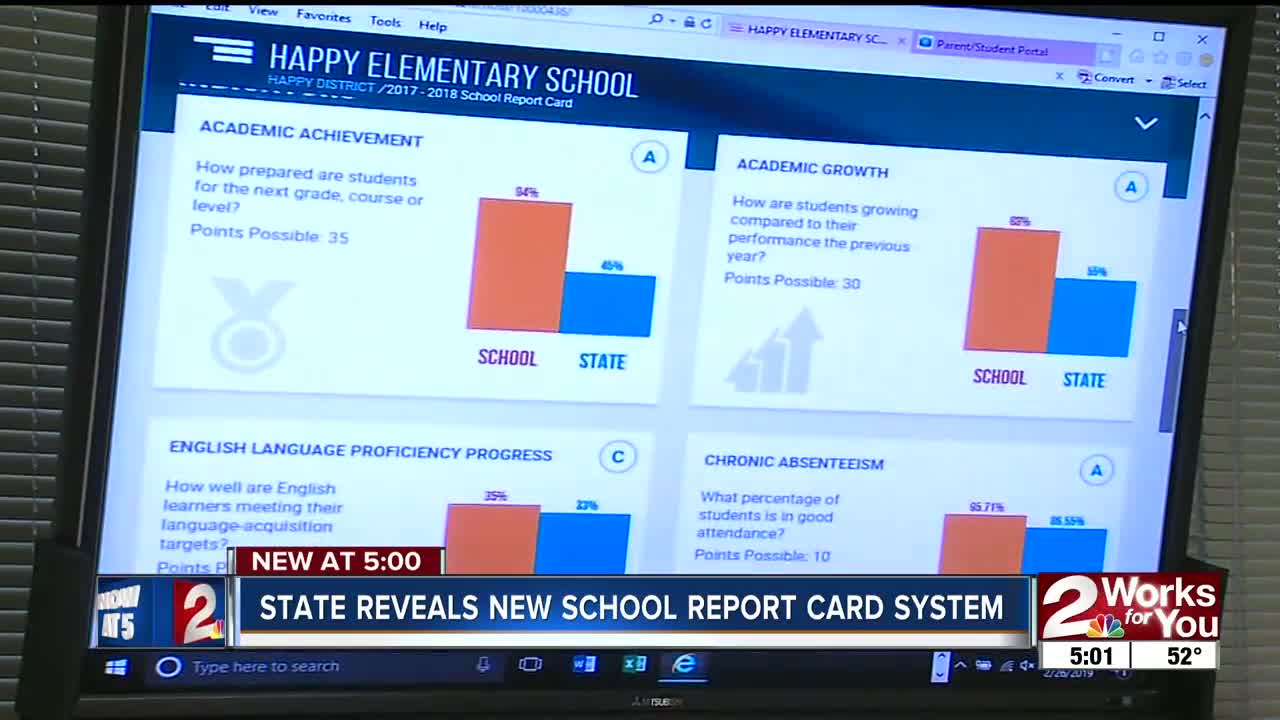 The Oklahoma State Department of Education is expected to roll out the new school A-F report card system this week. The new system will focus on individual students and groups within a school.

She said the report cards aren't supposed to be about blame and shame, but a way to provide important information about where school's stand and where they need to be.

The new Oklahoma school report card will be completely different from previous years.

Hofmeister said the report cards will be available on a website and will no longer be focused strictly on test scores.

"For the first time, we are measuring the growth that is occurring within individual students," Hofmeister said. "This is often under appreciated especially in schools that have the most challenging needs."

The new system is also based on accountability.

It will use multiple indicators to see where schools are struggling, where they can improve and where they're excelling.

Schools get points for each indicator that applies to them, which are things like academic achievement, chronic absenteeism, and academic growth which looks at an individual student's performance levels for English language arts and math in consecutive years.

"A school that has historically challenged learners that have not been able to reach recognition for that kind of progress in the past, the growth indicator highlighted the work those teachers are doing," Hofmeister said.

She said she's confident the new system will give a more accurate reflection of how a school is performing.

"I do think these kinds of things are challenging for all of us because we do want information," Gist said. "We want to know how our school is doing and at the same time when we put a label on a school, it doesn't tell us everything we need to know."

Gist still has concerns about putting grades on schools, but she said it can help show the progress a child makes at a particular school.

Hofmeister said this is a starting point and they will make adjustments if they see something isn't working.

The state board of education will decide Thursday morning whether to approve the new school report card system.

If they do approve it, the new website will go live that same day.

Education officials said Tuesday that report cards will go online if the State Board of Education approves the new grading system on Thursday.

Former Gov. Mary Fallin signed legislation in 2017 to create a new A-F grading system for public schools to comply with the federal Every Student Succeeds Act.

The A-F grading system for public schools was enacted several years ago as part of an effort to make it easier for parents to find out how their child's school was performing. But the system had faced criticism for having flawed metrics.