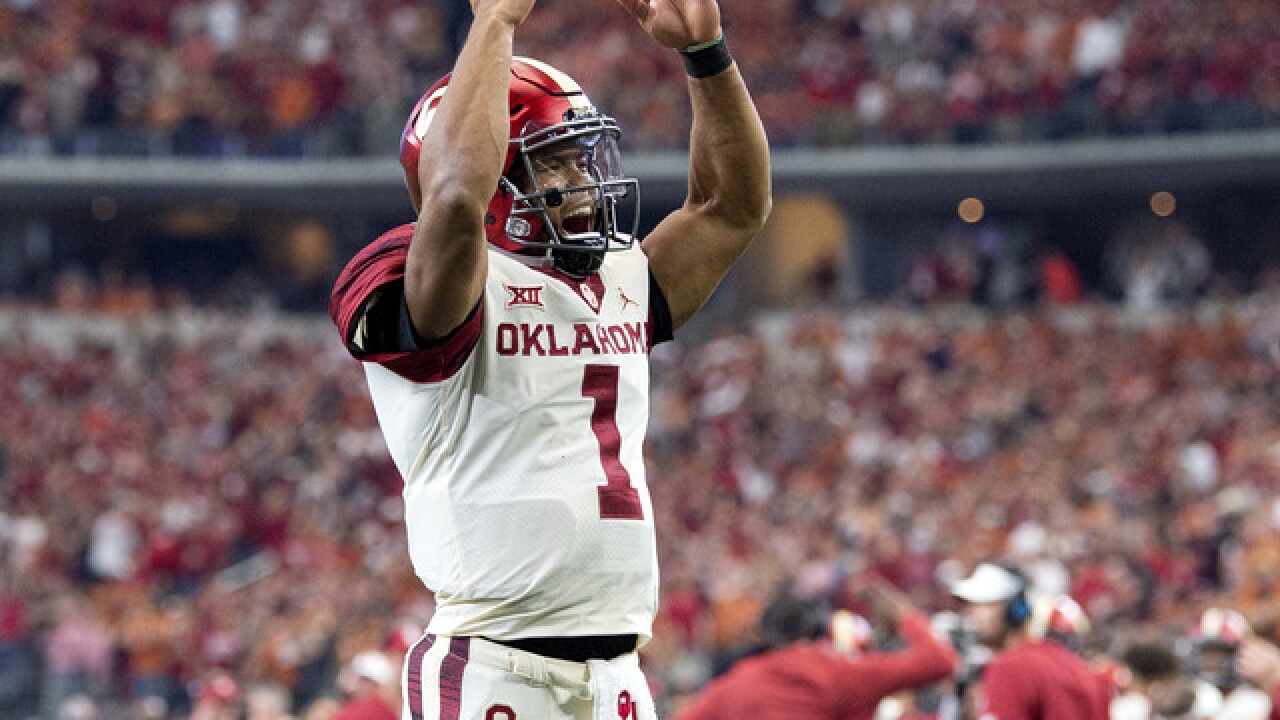 Kyler Murray is The Associated Press college football Player of the Year, the second straight Oklahoma quarterback and fifth overall to win the award since it was established in 1998.

All three are finalists for the Heisman Trophy, which will be presented Saturday night in New York.