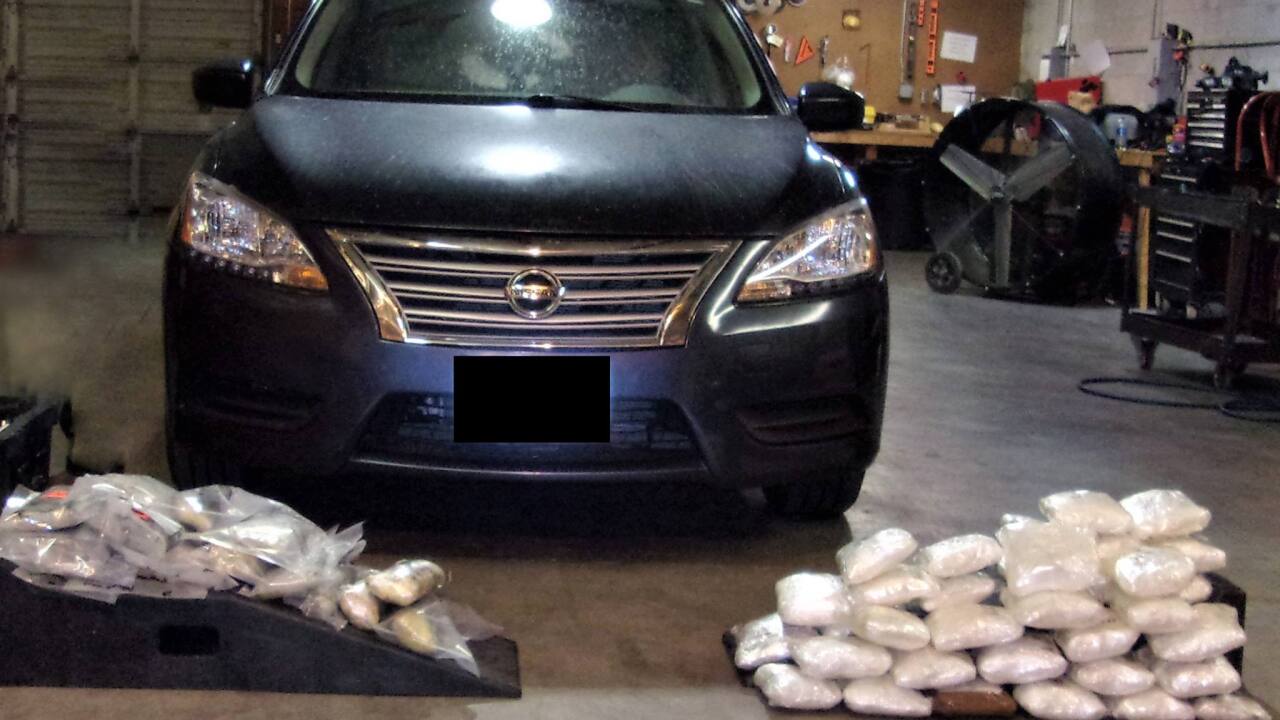 OKLAHOMA CITY — Oklahoma City police officers say a fentanyl bust made earlier this month was the second-largest seizure of the drug ever in the state.

The bust was made on Feb. 4 after officers stopped a truck hauling several cars in the 2500 block of West I-40.

One of the vehicles being hauled caught the attention of the officer who made the stop, so the officer asked for documents associated with the vehicle.

The officer became suspicious of the reason the vehicle was being transported across the country, and got permission to search the vehicle.

Officers found two large aftermarket compartments concealed inside the vehicle. Bundles of drugs were found in the compartments.