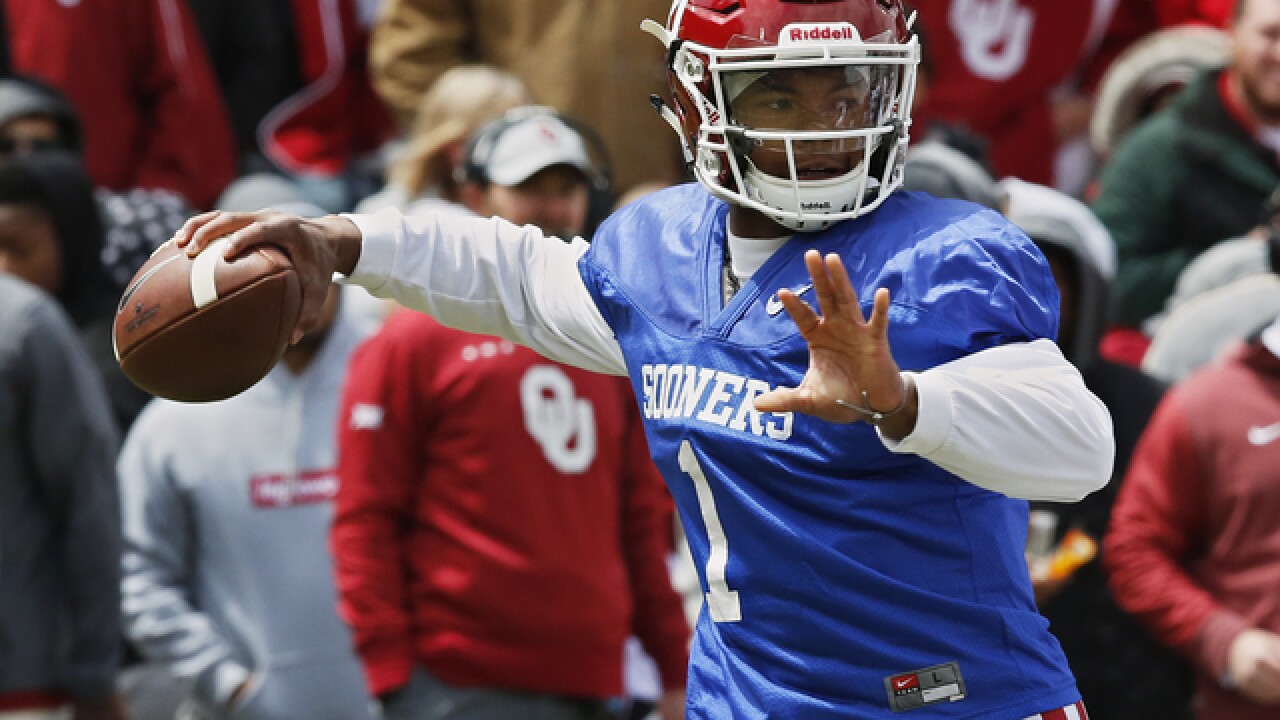 Kyler Murray has been picked as Oklahoma's starting quarterback.

The seventh-ranked Sooners said Wednesday that Murray will start the season-opener Sept. 1 against Florida Atlantic.

The Oakland A's took Murray with the ninth pick in the Major League Baseball draft this summer, but he chose to return to school for a year. He was the backup to Heisman Trophy winner Baker Mayfield last season and completed 18 of 21 passes for 359 yards and three touchdowns without an interception. He also ran 14 times for 142 yards, including a 66-yard dash on the first play of the game against West Virginia.

Murray and Austin Kendall battled throughout the spring for the position, and no clear-cut leader was established.

Kendall was the backup two years ago. He connected on 16 of 22 passes for 143 yards as a freshman before redshirting last year.