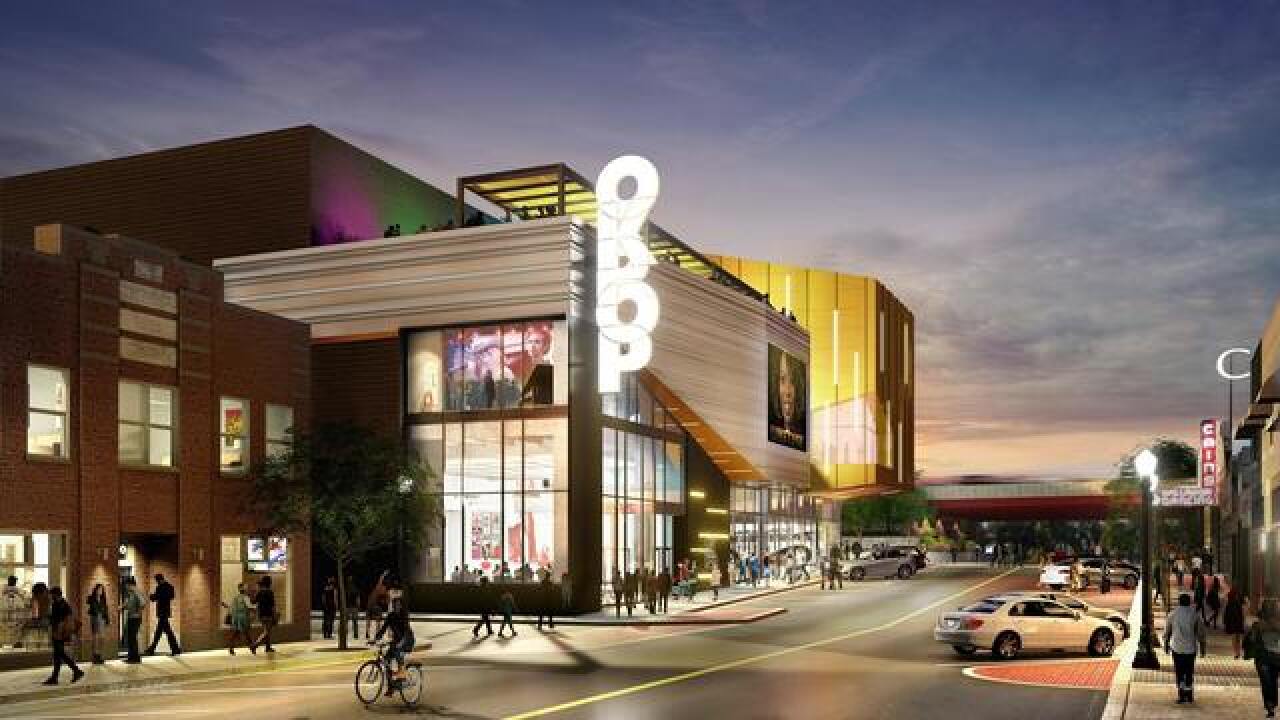 Nabholz Construction will construct OKPOP at 422 North Main Street in Tulsa, across the street
from the Cain’s Ballroom, home of Bob Wills and the Texas Playboys. Tulsan David Sharp and Interak
Corporation donated the quarter block of land for the OKPOP site, estimated to be valued at $1 million.

“Grit and glitz is a term the team coined to describe the overall feel of the project,” said Chris
Lilly, principal of Lilly Architects. “With one cultural foot on Route 66 and the other on Main Street, OKPOP will highlight the journeyman’s struggle and the thrill of making it big – the grit and the glitz
inherent to the life of Oklahoma’s creatives.”

The design team found inspiration in a gold Fender Stratocaster custom made for Bob Wills’
guitarist Eldon Shamblin. The guitar encouraged the project’s gold color palette. The structure was
designed to house a living experience that includes event venues, stages and retail space.

“The architectural design of OKPOP is inspired by the idea that Oklahoma creativity has
flourished in the state because of a collision of cultures that resulted in a mixing of artistic styles,
creating a rich storytelling tradition,” said OKPOP Executive Director Jeffrey Moore. “This creativity
that sprung from barn dances and camp meetings in the country or the dance halls and movie theaters on Main Street spread to the rest of the world on the “Will Rogers Highway” otherwise known as Route 66. Lilly Architects and Overland Partners captured this idea beautifully.”

OKPOP is dedicated to telling the story of the creativity of Oklahoma’s people and their
influence on popular culture around the world. The OKPOP staff is actively collecting artifacts,
photographs, archival materials, film, video and audio recordings that represent Oklahoma’s creative
history.

“We are honored to have been chosen to create this space to showcase the artists and audiences
that shaped Oklahoma’s past,” said Lilly. “We feel this space will evoke a sense of discovery and state
pride for all visitors.”

OKPOP will break ground fall of 2018.