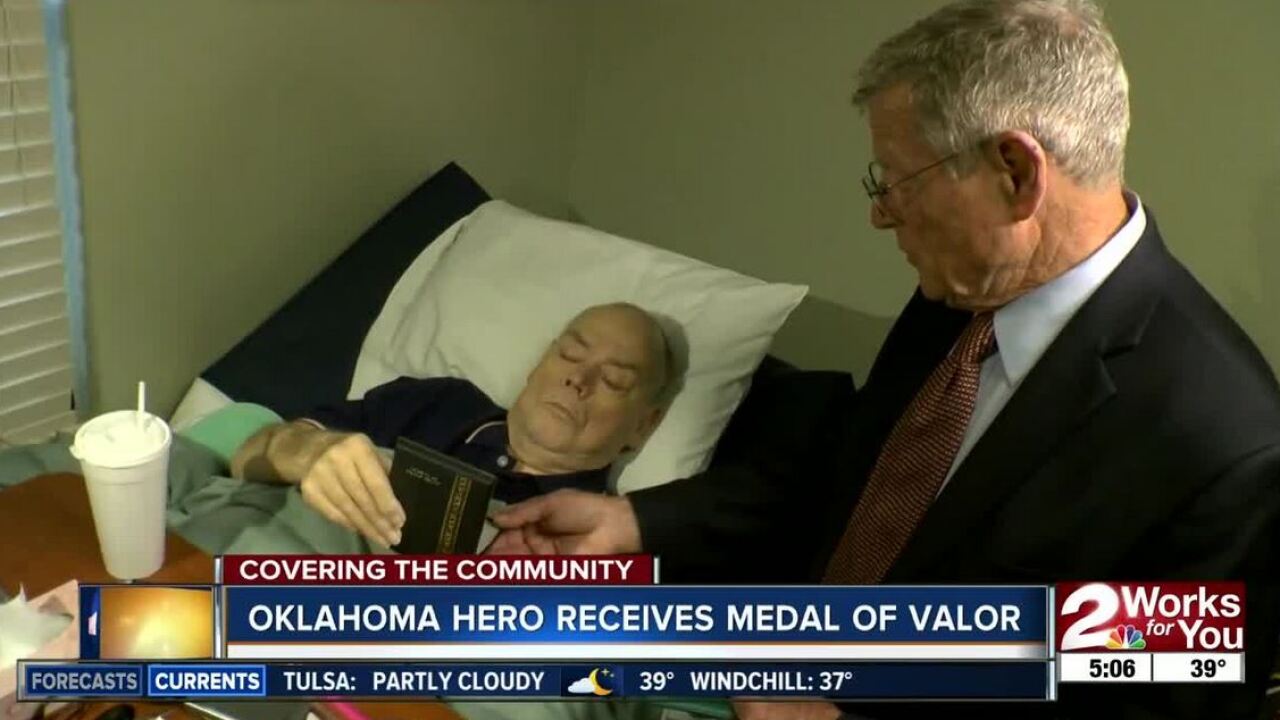 JENKS — An Oklahoma hero is being honored for his service, more than 50 years after joining the military.

Jenks Army veteran Johnny Marler was finally awarded the Medal of Valor Thursday after his award letter was lost for decades.

Marler turned 18 just a week before being deployed to Vietnam where he helped injured soldiers.

"He was willing to sacrifice his life to save one of his fallen heroes," Oklahoma Rep. Sen. Jim Inhofe said. "So, this is recognition for him. It's overdue, but it's here today."

Reports show when Marler was under enemy fire in Vietnam, he ran into the gunfire to help a wounded soldier and dragged him to safety.