Oklahoma couple gets married in hospital after unexpected surgery 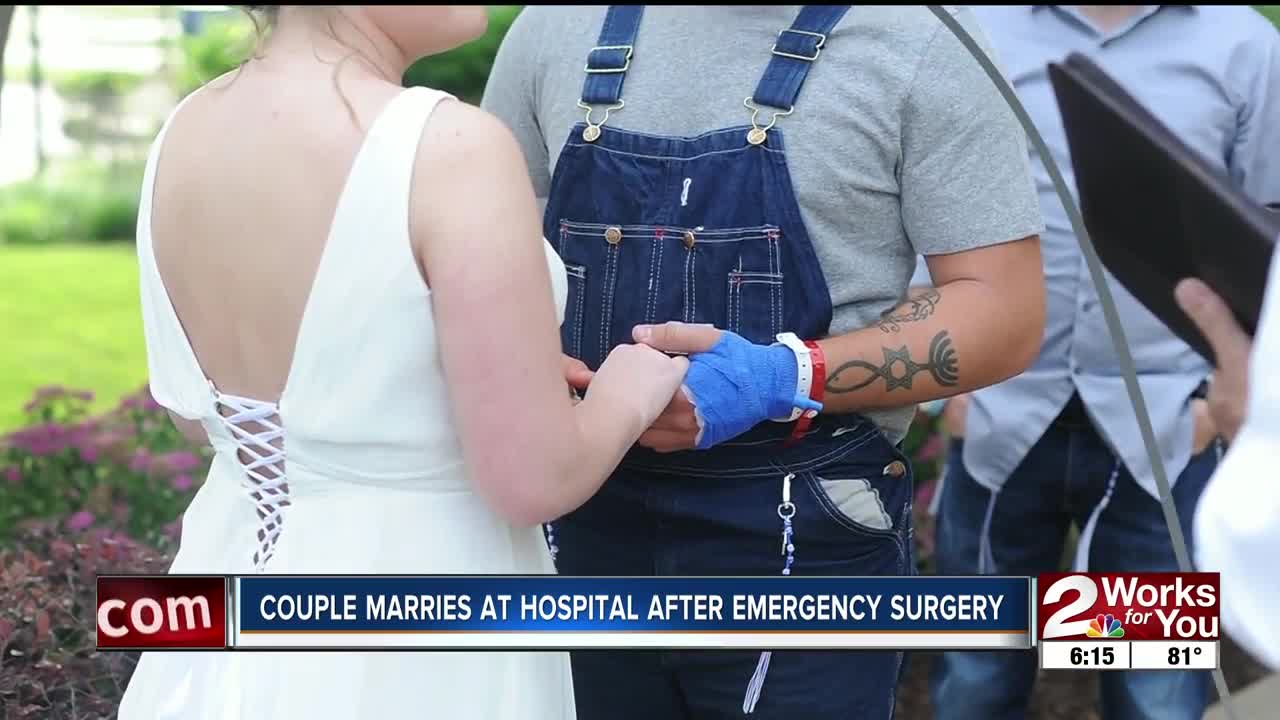 A wedding gown, a loving couple and... a hospital room. One Green Country couple took the vow "through sickness and health" literally.

Austin Suggs and his new bridge Alli were ready to say their "I do's" just the way they had planned on May 25, but as they quickly found out, not everything goes exactly as you hoped.

The week before their wedding, Austin went to the doctor, and said he was later diagnosed with an infection in his arm.

"He admitted me to the hospital, which was a shock to both of us," Austin said. "We had to run and get our marriage license, run back and get hooked up with all kinds of IVs."

He had to have emergency surgery at St. John hospital in Owasso.

Instead of putting the ceremony off, they decided to have it right there, at the hospital courtyard.

"We went ahead and went through with it because marriage isn't about a wedding... through sickness and health," he said.

While it didn't go according to plan, the couple didn't want to wait another minute to become husband and wife.

They haven't had their honeymoon just yet, but they're planning to visit Israel in December.