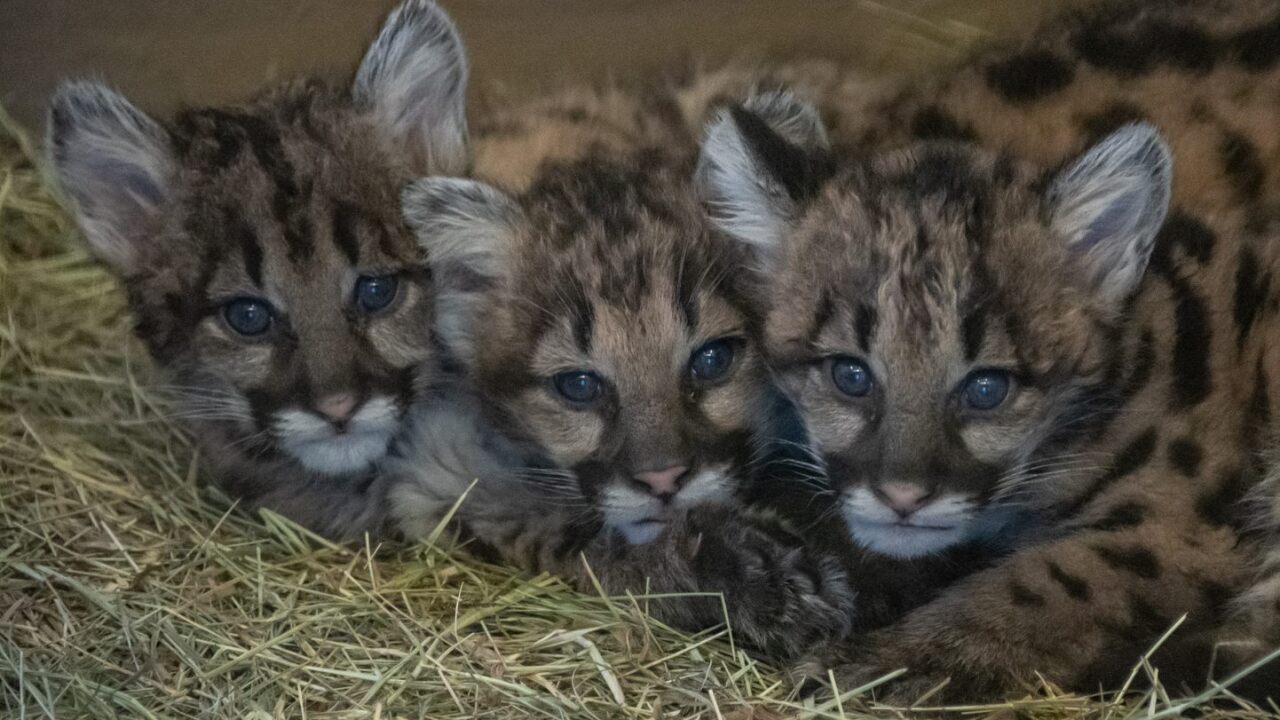 OKLAHOMA CITY — The Oklahoma City Zoo has launched a camera to allow the public to watch 11-week-old mountain lion cubs who were recently orphaned in the Black Hills of South Dakota.

The cubs, two males and one female, are approximately nine weeks old and arrived at the zoo in late January. The cubs were born in South Dakota, and found by game officials with the South Dakota Department of Game, Fish and Parks.

After realizing the cubs' mother was deceased, officials worked to find a permanent home for the litter. The female cub will eventually be relocated to a zoo in Waco, Texas later this summer.

Mountain lions once roamed most of the United States, including Oklahoma, but now the largest populations inhabit the western U.S.