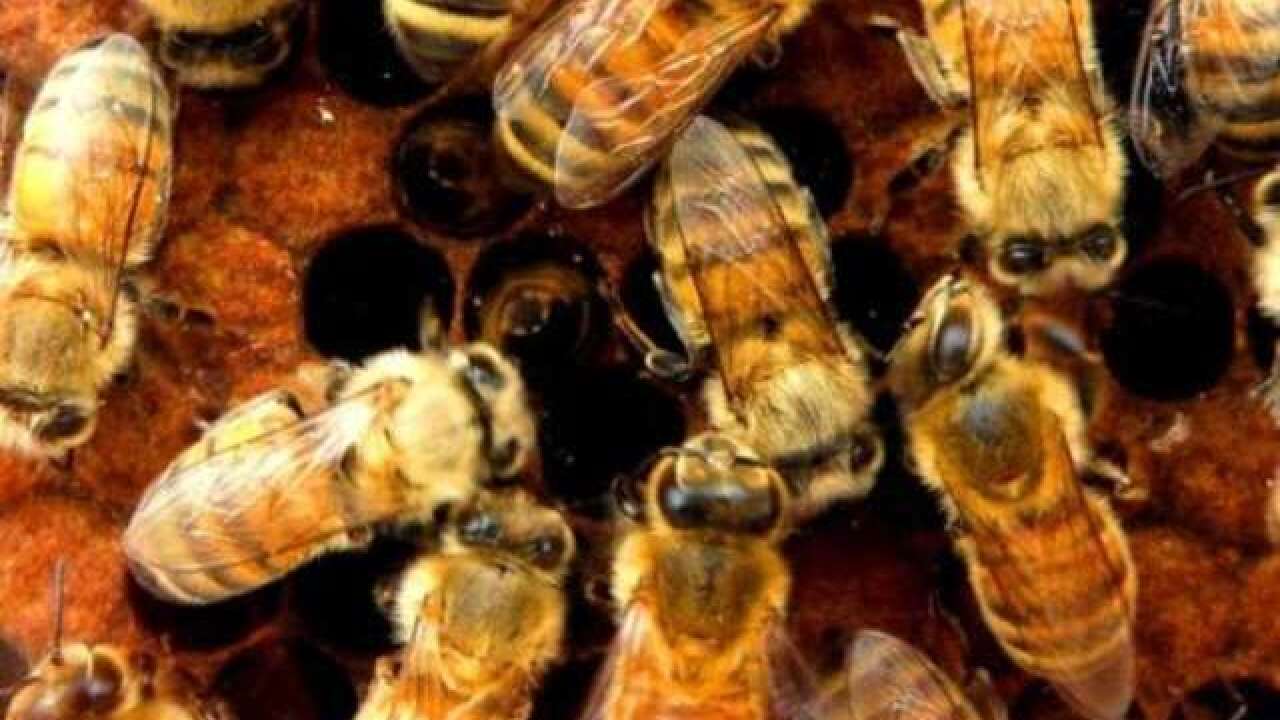 OKLAHOMA CITY (AP) -- A swarm of thousands of bees sent a pair of Oklahoma City workers running for cover, and both were stung in the process.

The Oklahoman reports the city workers were cleaning up brush and trees Wednesday when the insects were disturbed.

Fire Department spokesman Capt. David Macy says one of the workers was stung about 15 times and the other just a few as they jumped into a truck. Macy says both workers were evaluated on scene and that their injuries didn't require a trip to the hospital.

Oklahoma State Beekeepers Association outreach coordinator Forest Chapman came to help out and loaned the city workers beekeeper suits as they finished their job. Chapman says the bees would be relocated to a less populated area.