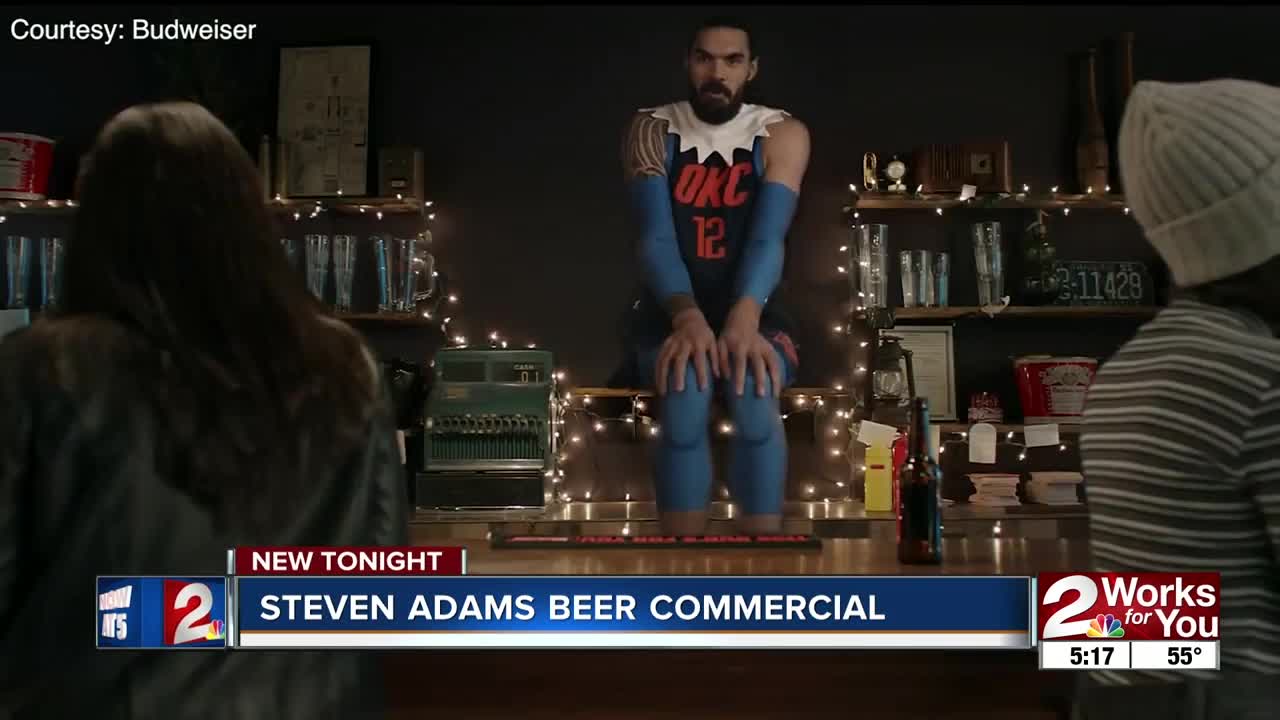 Oklahoma City Thunder star Steven Adams is playing the role of Elf on a Shelf in a new Budweiser commercial.

It's called Deck the Shelves with NBA Elves.

It encourages people to drink water after drinking beer.

Each NBA star plays a role in keeping a watchful eye to make sure people are hydrated.

The Thunder play on Christmas Day against the Rockets.