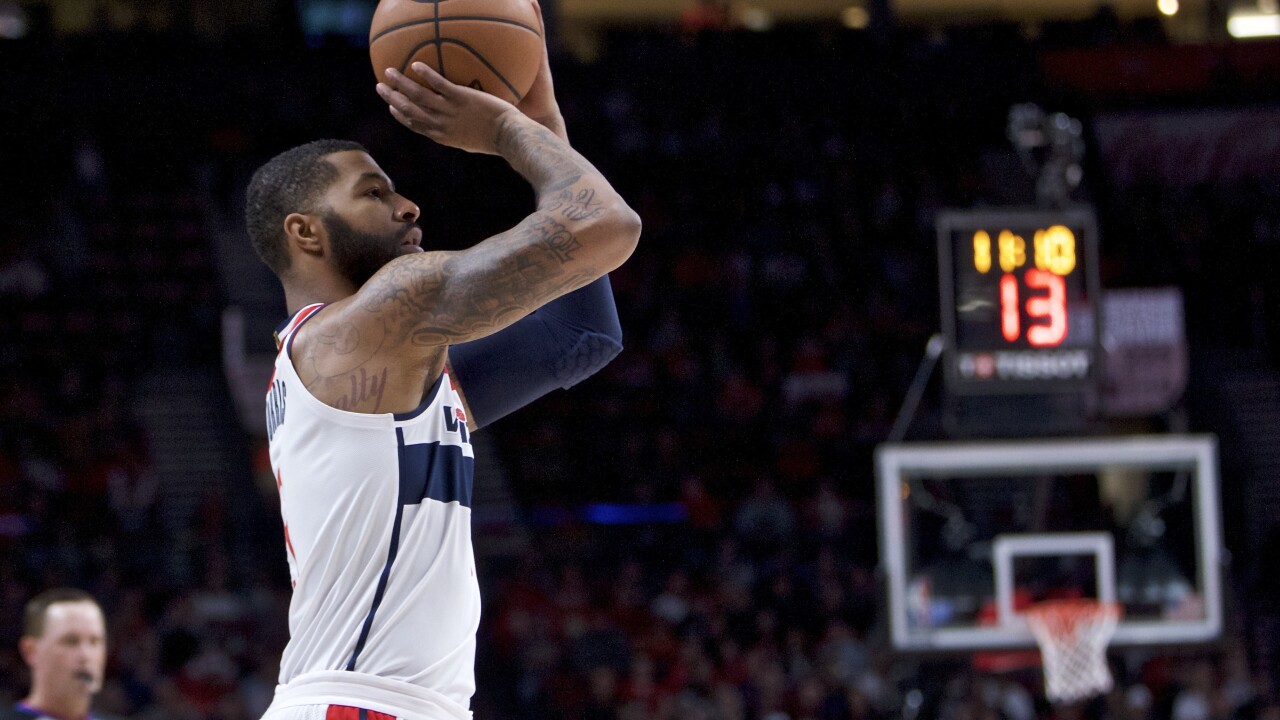 (Copyright 2020 The Associated Press. All rights reserved. This material may not be published, broadcast, rewritten or redistributed.)
Craig Mitchelldyer/AP
Washington Wizards forward Markieff Morris shoots against the Portland Trail Blazers during the first half of an NBA basketball game in Portland, Ore., Monday, Oct. 22, 2018. (AP Photo/Craig Mitchelldyer)

The Oklahoma City Thunder have signed free agent Markieff Morris, according to NBA analyst Shams Charania of The Atlantic.

Charania tweeted on Thursday the Thunder picked up the power forward over several other teams.

The 6-foot-10 Morris most recently had been with the Washington Wizards, where he averages about 11 points in an average 26 minutes played per game.

A seven-year NBA veteran, Morris was a first-round draft pick out of the University of Kansas in 2011.

Markieff Morris had an aggressive market over the past week — with pursuits from the Thunder, Rockets, Nets, Raptors and several others. OKC received the commitment from Morris on Thursday. https://t.co/nTKdlSJSKX