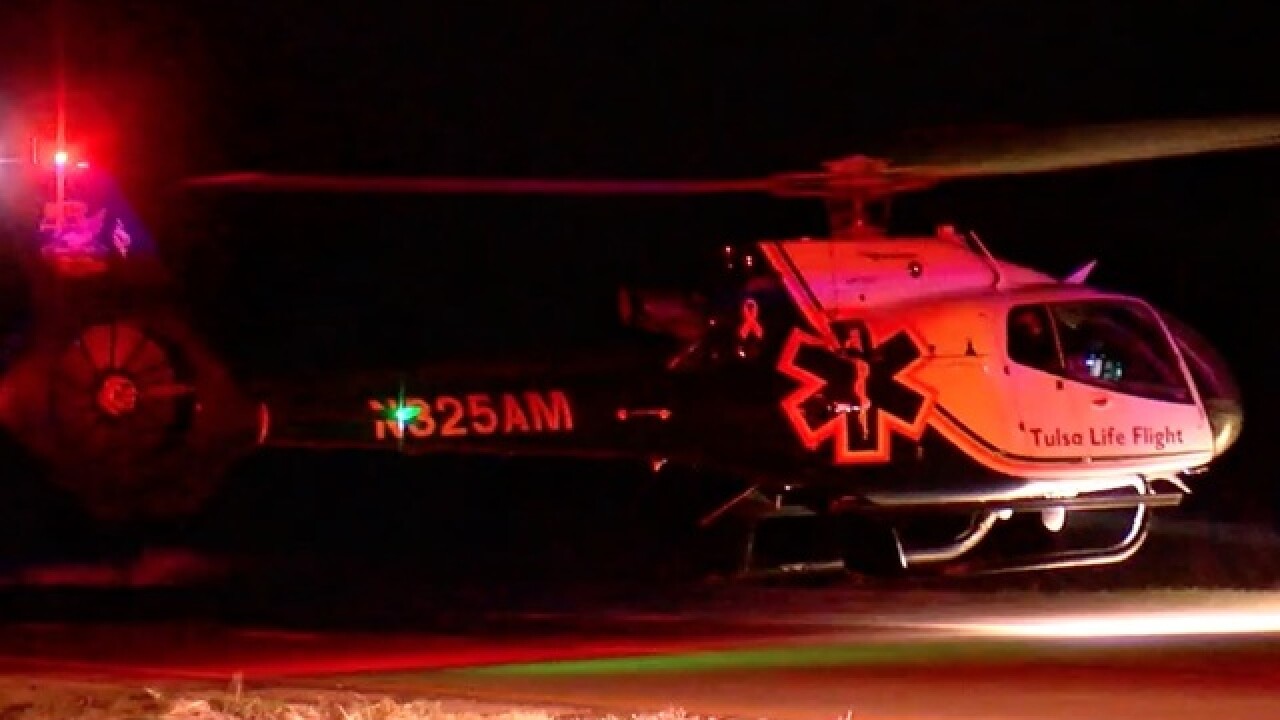 State Troopers say one man was killed in a violent crash on Highway 169 early Monday morning.

Two women were also hurt, and one had to be taken to a Tulsa hospital by medical helicopter.

Troopers say a vehicle with three people inside rear-ended a truck at a high rate of speed. One man was ejected and died at the scene.

The vehicle was so badly damaged, troopers reportedly had a tough time identifying the make and model.

The crash is under investigation.