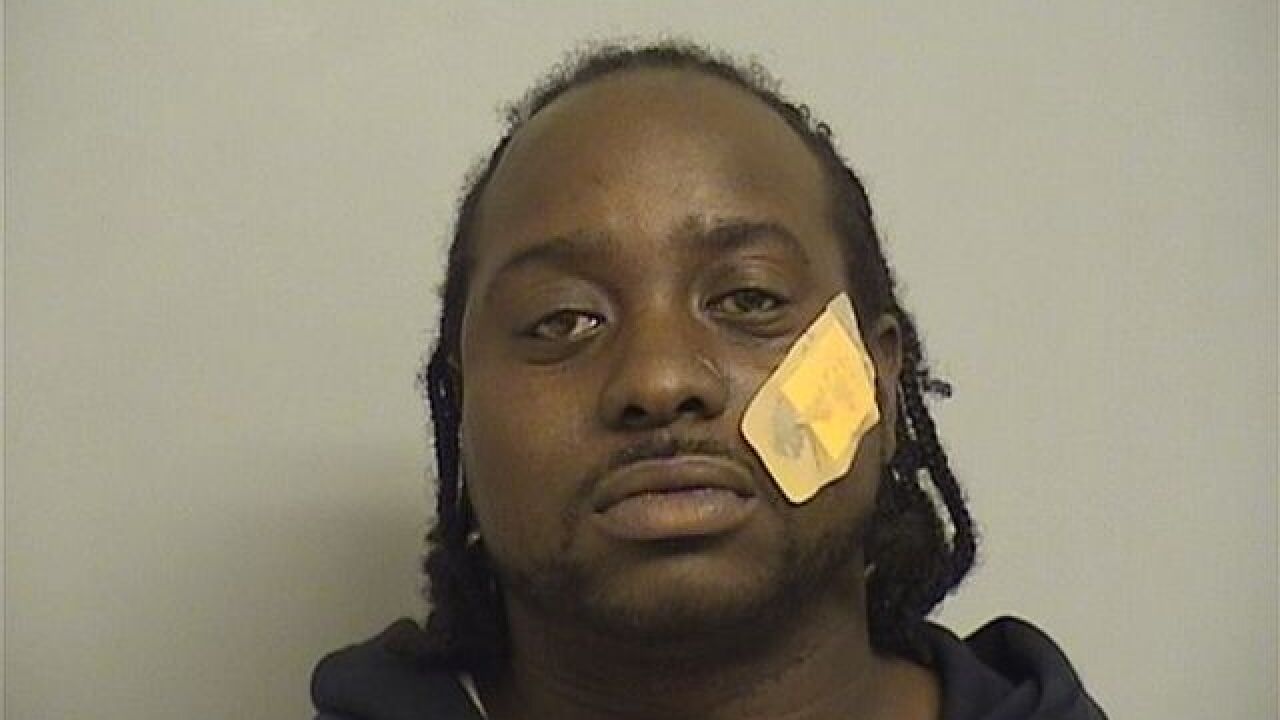 A 39-year-old ex-convict from Tulsa is behind bars after the Oklahoma Highway Patrol says he attempted to run over a trooper and police officers during a pursuit and tossed evidence from his vehicle.

Rashad Carlton Tompkins Phipps was arrested on 10 felony complaints (after former felony convictions) including four counts of assault and battery of a peace officer, possession of a stolen vehicle, attempt to elude, possession of firearm, two counts of destroying evidence, resisting arrest and a slew of misdemeanor traffic-related offenses.

A trooper says he first spotted Phipps driving at 106 mph near Skelly Drive and 21st Street. Phipps was driving erratically, swerving across three lanes of traffic, a probable cause report says  The trooper wrote that he attempted tactical vehicle intervention and Phipps swerved and tried to hit him two times.

Phipps exited several times on Interstate 44 westbound, then merged back onto the Interstate to avoid the trooper, the report says.

OHP says Phipps passed several cars by using the shoulder in his attempt to elude the trooper.

He also swerved and attempted to hit two Tulsa police officers who were parked on the I-44 shoulder to deploy stop sticks, the report says.

“The officers ran for cover and narrowly avoided being ran over,” according to the report.

The trooper was able to spin out Phipps’ vehicle, and Phipps reportedly jumped out and ran. The trooper caught up with him and tackled him in the southbound lanes of U.S. Highway 75. Phipps resisted arrest and would not comply with commands, the report says. The trooper said it took several officers to get Phipps into custody and officers had to wave down and stop drivers so the officers were not hit by traffic.

A Glock .357-caliber pistol, fully loaded, was found in the car, along with an extended magazine in the console, according to the report.

The vehicle VIN reportedly was altered, and it was found to be stolen, OHP says.

Oklahoma Department of Corrections records show Phipps previously has spent time in prison for multiple offenses. He was incarcerated in 2000 for second-degree burglary and a drug conviction, and again in 2004 for a drug-related offense.