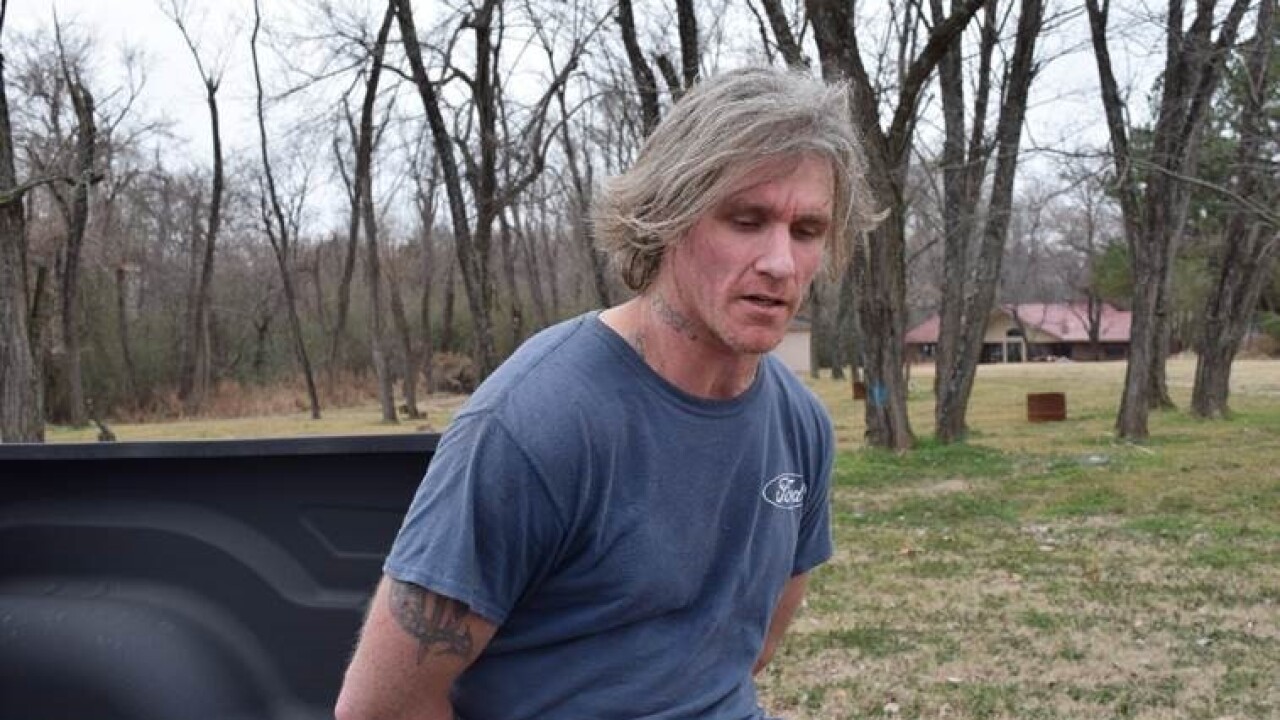 Officials said Clint J. Kirk had a felony warrant out for not registering with his probation officer. He was originally charged with burglary in April 2017 in Harrison County, Ohio.

Deputies said they made contact with Kirk near East 55th Street and North 23rd Street East before he tried fleeing into the woods before he was apprehended.

“The Wagoner County Sheriff’s Office is very dedicated to keeping criminals out of Wagoner County," Sheriff Chris Elliott said. "When we hear that an out-of-state felon is in Wagoner County, we jump at the opportunity to take them back off the streets if they have absconded from justice. We will take any and all steps necessary to ensure the utmost safety of the citizens we serve in Wagoner County.”

Kirk is at the Wagoner County Detention Center and will be extradited back to Ohio.