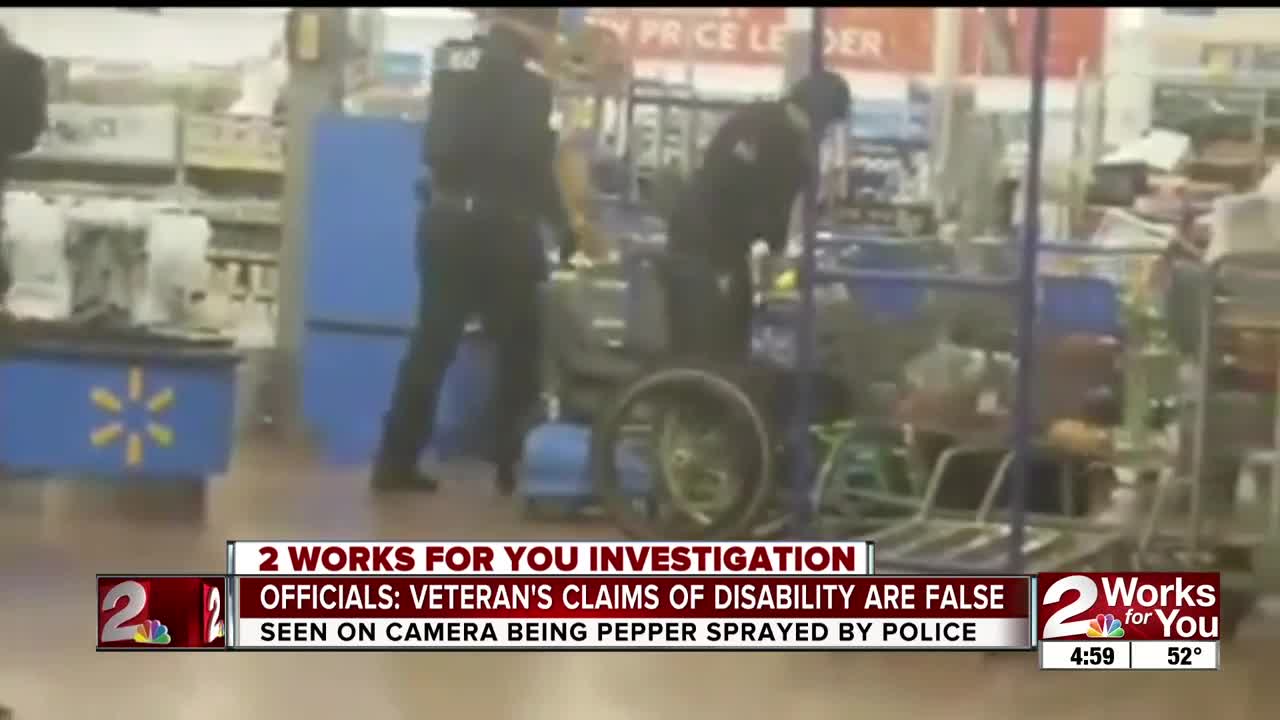 MUSKOGEE, Okla. — Jason Williams's former company commander in Germany spoke to 2 Works for You and he says Williams's behavior scene on video does not surprise him one bit.

He says he's seen this video of Williams being pepper sprayed by police for not complying, and heard the story Williams gave about being deployed.

He says Williams's claims about an accident in Afghanistan that left him disabled is completely made up.

"He was never ever deployed," Smith said. "He was never involved in any sort of accident while he was in the military. When we drove him to the airport, he walked out of the van and walked into the terminal."

Major Smith who is now in Tampa says Williams was discharged, and when he saw the video he immediately thought back to when he had to make the call.

"The decision we came down to was the longer we had him in the unit, the worse it was for the unit, so we needed to put him out quickly," Smith said.

"A true disabled veteran is never going to use his status to have people feel pity for them or to use as a "get out of jail free card," The Barracks founder Victor Lezama said.

Lezama and numerous local vets from several organizations across the city joined Muskogee Police last night to watch the video.

"We all came to the same conclusion, and that was that he falsely portrayed himself to be someone he wasn't and tried to use that status as a disabled veteran for that purpose," Lezama said.

Lezama is a 60 percent disabled veteran, he served 20-years in the Marines and Army. Now he runs The Barracks in Muskogee, a service to get homeless veterans back on their feet.

Lezama says he pulled William's records, finding Williams is 30 percent disabled, as well as his discharge information. "I can speak for all the other organizations when I say none of us condone the behavior of a veteran who exaggerates their status"

The video has reached tens of thousands across the country, but Lezama says fueled anger in the wrong direction.

That anger, resulting in hundreds of calls to Muskogee 911 Center, along with multiple threats from one man that are now being investigated.

"In a three-hour period he made over 100 calls into the dispatch center, making one threat after another," Muskogee 911 Coordinator Darryl Maggard said. "Berating the dispatchers and being very very vulgar."

2 Works for You reached out to Williams for his take on all of this, he declined to comment following the advice of his lawyer.