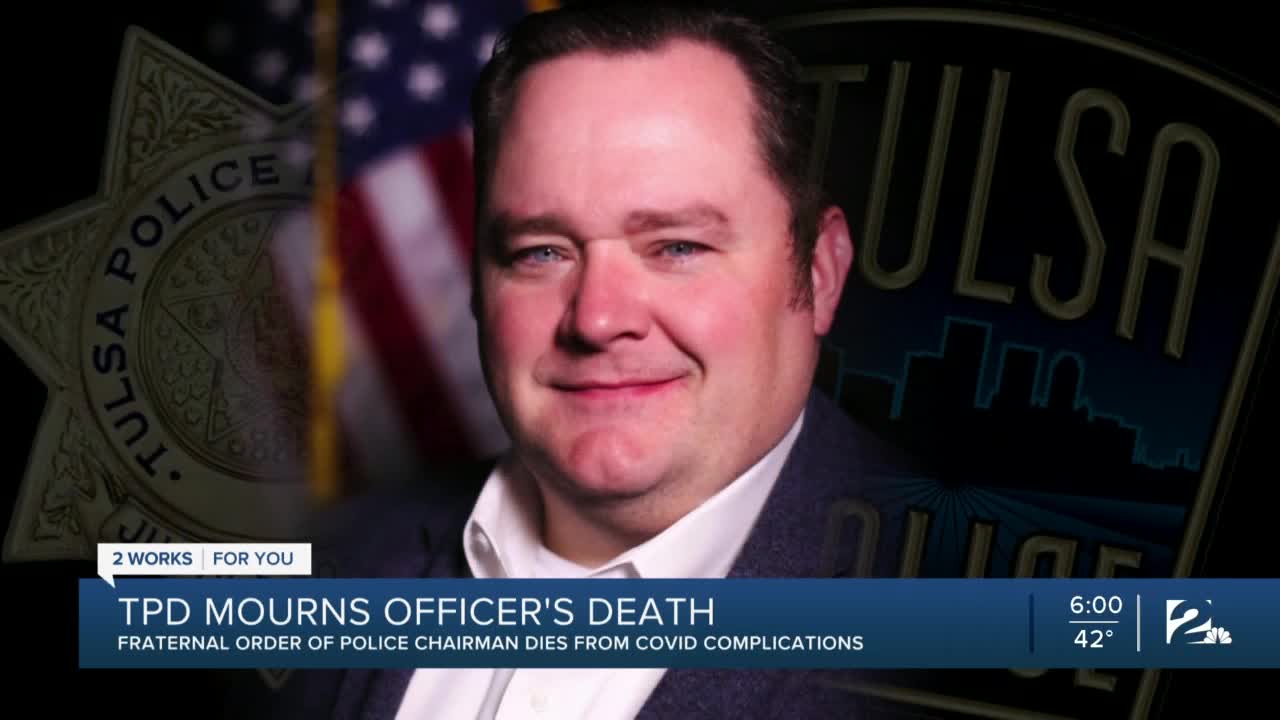 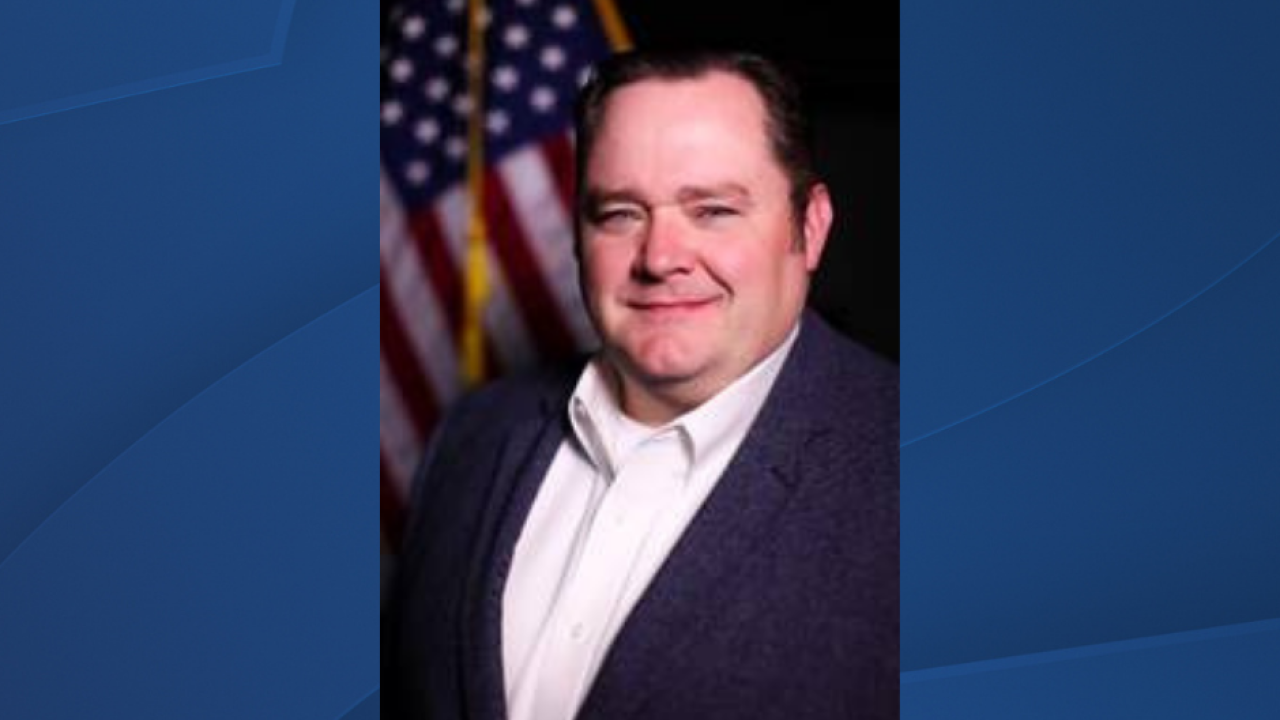 TULSA, Okla. — A funeral service for a Tulsa police officer who died from COVID-19 complications is happening on Thursday, November 5th.

Tulsa Police Department officials said Jerad Lindsey, 40, who was the Chairman of the Fraternal Order of Police Board of Directors, died from complications due to COVID-19.

Lindsey's funeral service is being held on Thursday, November 5 at 2 p.m. at Victory Church located at 7700 South Lewis in Tulsa.

Visitation is on Nov. 4 from 9 a.m. to 7 p.m. at Mannford Funeral Home in Mannford, Oklahoma. A graveside service will be held on Nov. 6 at 1 p.m. at the Grandfield Memorial Cemetery in Grandfield, Oklahoma.

Lindsey began his career with the Tulsa Police Department in 2005. Lindsey worked as a patrol officer, later becoming the Chairman of the FOP Board of Directors.

Jerad’s work with the Fraternal Order of Police on the National, State and Local level was done with sincerity and a commitment to the rights of all those wearing the police uniform.

It appears Tulsa Mayor G.T. Bynum changed his Facebook profile in memory of the officer's passing. He released this statement:

My friend, Officer Jerad Lindsey, passed away today. Jerad loved the men and women of the Tulsa Police Department deeply. It drove his work as Chairman of the Fraternal Order of Police, and for him that work was not a job but a calling.

As a friend, he could be incredibly thoughtful and more concerned for you than you might be for yourself. But if he thought you weren’t doing right by his brothers and sisters in blue, he could be an equally devoted thorn in your side. There was never any question of where he stood.

We had been making plans for the work we would do together over the next four years to make Tulsa the best city it can be for those courageous men and women who risk their lives to keep Tulsans safe. That work - his work - will continue.

My thoughts this morning are with his family. He loved time spent with them, and they have sacrificed much for his service to the city of Tulsa.

I also think about our time spent together in a vigil at Saint Francis Hospital on a terrible morning this past summer, and how devastated he was by the loss of his friend Sergeant Craig Johnson. My main consolation is the thought that his friend was there today, waiting to greet him in the life that does not end.

Lindsey is survived by his wife, Jennifer, and their two young sons.