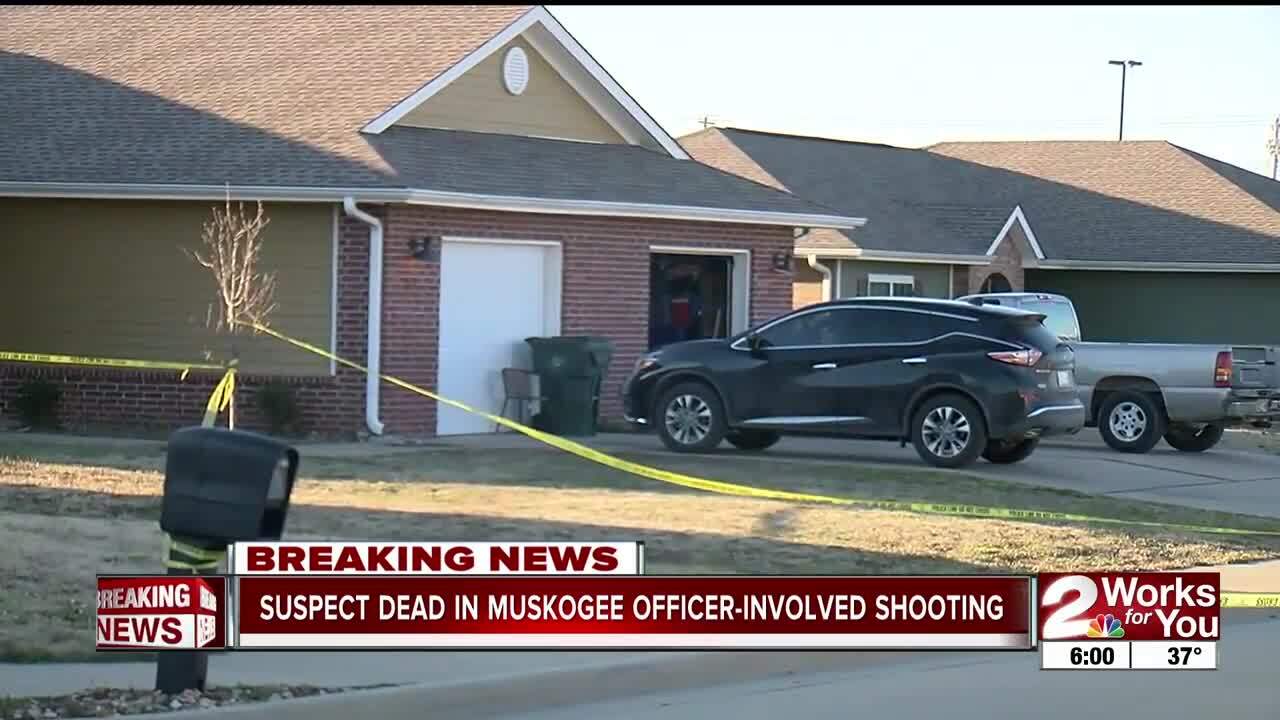 Muskogee police confirm one of their officers was involved in a shooting an armed stabbing suspect on Tuesday.

Police spokesperson Lincoln Anderson says officers responded to a call about a stabbing on Tuesday afternoon at a residence in the 1500 block of North 18th Street.

He says three females were inside the home when a man came in, stabbed two of them and slashed at the third female's face. One of the women reportedly told dispatch the suspect was continuing to stab someone and had a large knife, MPD says.

The suspect, whose name hasn't been released, was "inside the residence holding a large kitchen knife. According to Anderson, officers used Tasers on the man "to no effect."

Police say the man attempted to approach officers outside, so they used multiple types of "less than lethal" force to de-escalate the situation.

Bean bags and flash bangs were deployed at the man, but he continued to go toward officers, Anderson said.

"With the suspect continuing to approach the officers, refusing to drop the knife despite repeated demands, the officers were forced to fire and killed the suspect," he said.

All three female stabbing victims were transported to a hospital. Their ages and conditions have not been released.