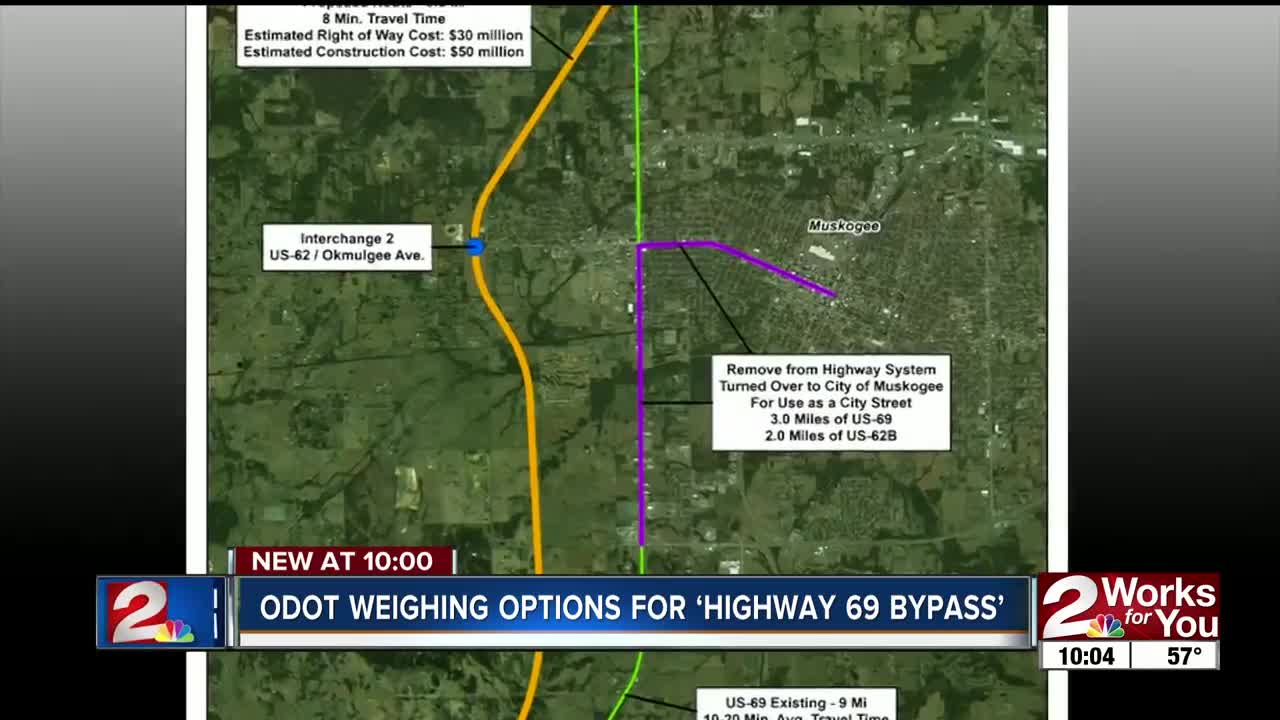 MUSKOGEE, Okla. — A group trying to stop plans to re-route a busy highway in Muskogee says its found the top plans being shown to the public next year.

2 Works For You first told you about a plan earlier this year for Oklahoma’s Department of Transportation (ODOT) to create a bypass around the west side of Muskogee.

That idea got tons of push back from the Muskogee community , hotel owners and even a church right in the middle of the proposed path.

One would be the planned bypass, the other making Highway 69 look more like an interstate through Muskogee.

“I don’t think either one of them are realistic options to be considered,” said Miller.

An ODOT spokesperson said,“we’ve been looking to have a meeting in early 2019, but there isn’t one scheduled yet. It’s premature at this time to solidify the final number of options and cost estimates that will be presented because that’s still being evaluated.”

When a public meeting does get scheduled we’ll let you know.