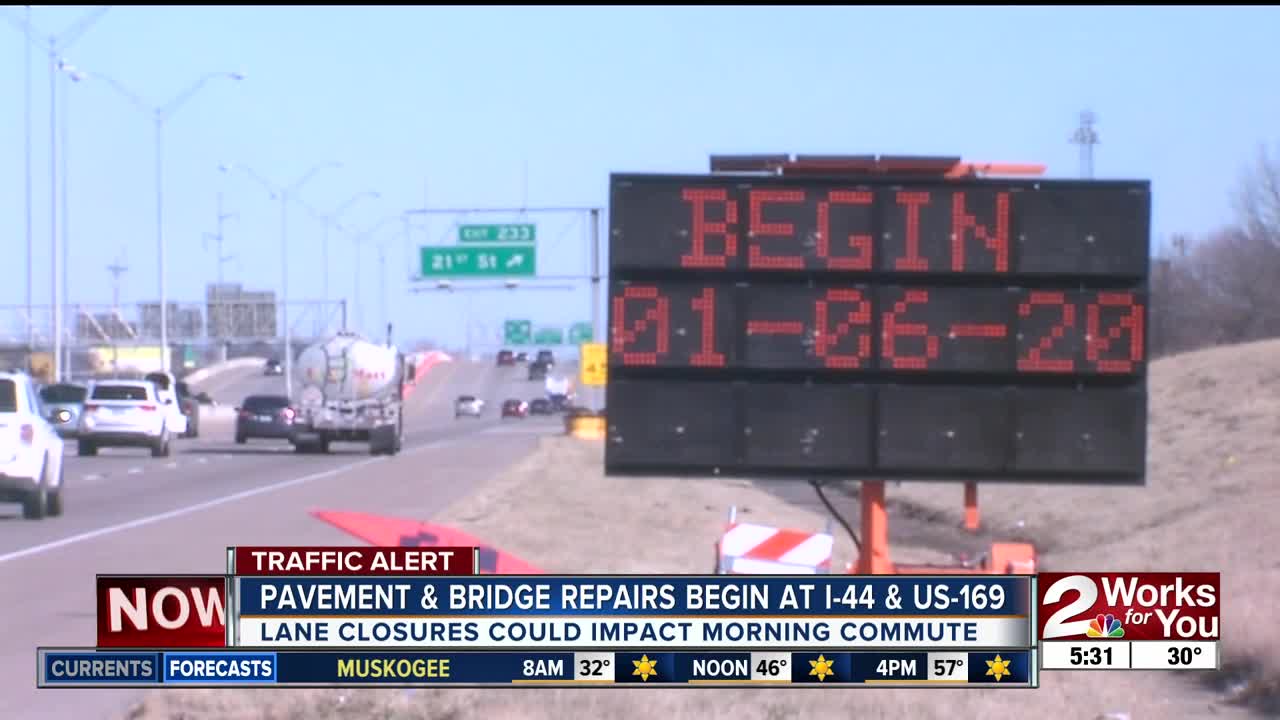 TULSA — Officials with Oklahoma Department of Transportation announced Friday a project to repair damage at Interstate 44 and US-169 junction will begin Monday, Jan. 6.

ODOT advised the $587,000 project will impact travelers and drivers and encourage them to plan ahead to add extra travel time.

The project steams from a June 2019 incident that involved a vehicle, that was traveling eastbound on I-44 and was over the height of the US-169 bridge, that made compact damaging the beams.

A second vehicle involved in the crash, caught fire east of the bridge, causing damage to the pavement.

ODOT says the repair to the beams was completed in July 2019, while the current project will repair the piers which were hit during the crash and the damaged pavement in the eastbound lanes.

ODOT says lanes closures can be expected on both east and westbound I-44 and will be announced as they are scheduled.

ODOT says the overall project is expected to be completed in early February 2020, depending on the weather.