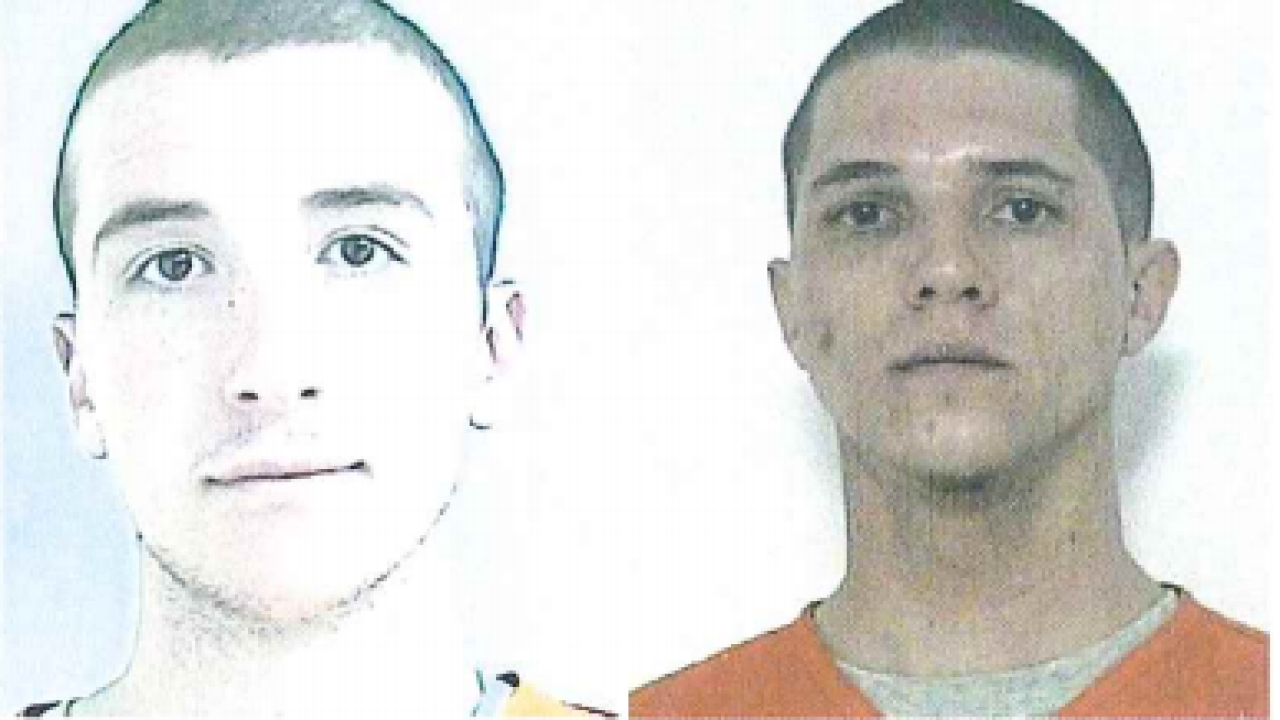 Courtesy of the Oklahoma Department of Corrections

Authorities are searching for two escaped inmates wanted by the Oklahoma Department of Corrections.

White is serving a 10 year sentence for second degree burglary, officials said. He's described as 6-feet 1-inches tall with black hair and brown eyes. He also has a scar on his left arm and a non specific tattoo on his hand.

Johnson is serving a five year sentence for second degree burglary, officials said. He's described as 6-feet 1-inches tall with brown hair and brown eyes. He also has a scar on his abdomen and right leg.

Officials are advising the public not to approach these individuals if they see them. Instead, call 911 or your local authorities immediately.

If you have any information about their whereabouts, then contact the Department of Corrections Fugitive Warrants Division at 405-425-2570 or toll free at 866-363-1119.