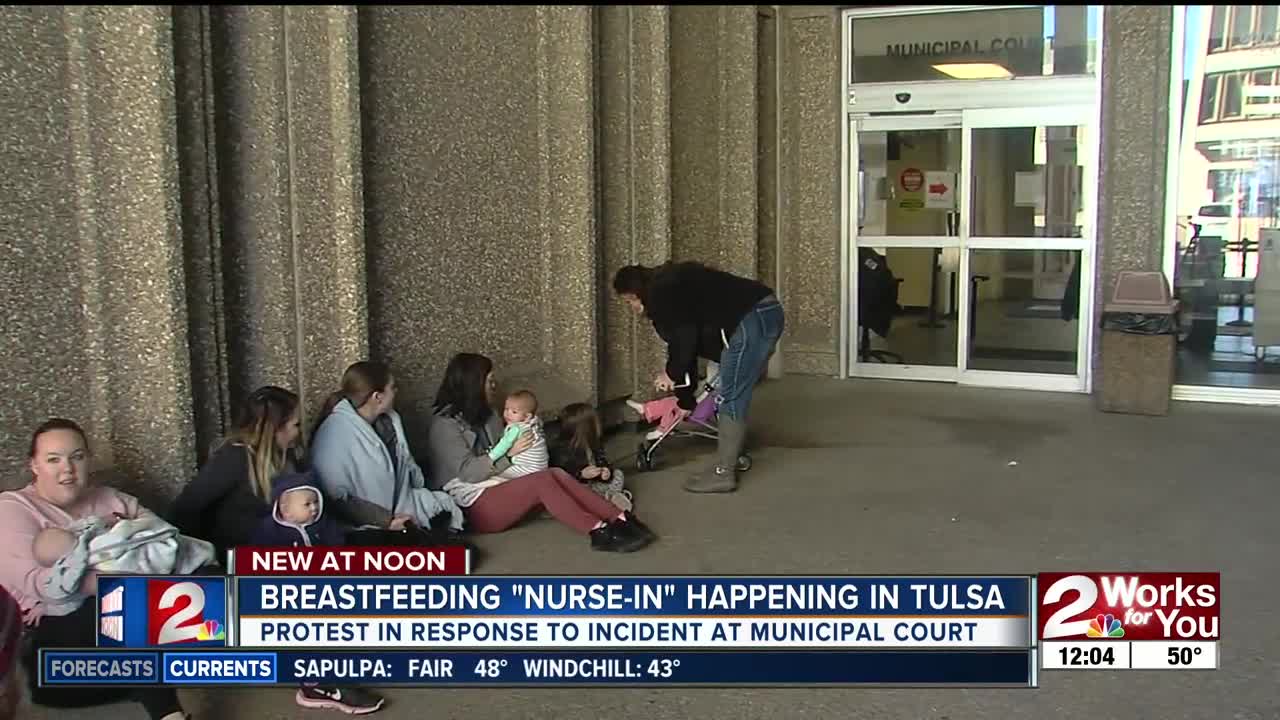 A Tulsa Municipal Court Officer is on administrative leave after a run-in with a breastfeeding mother, according to a city spokesperson. 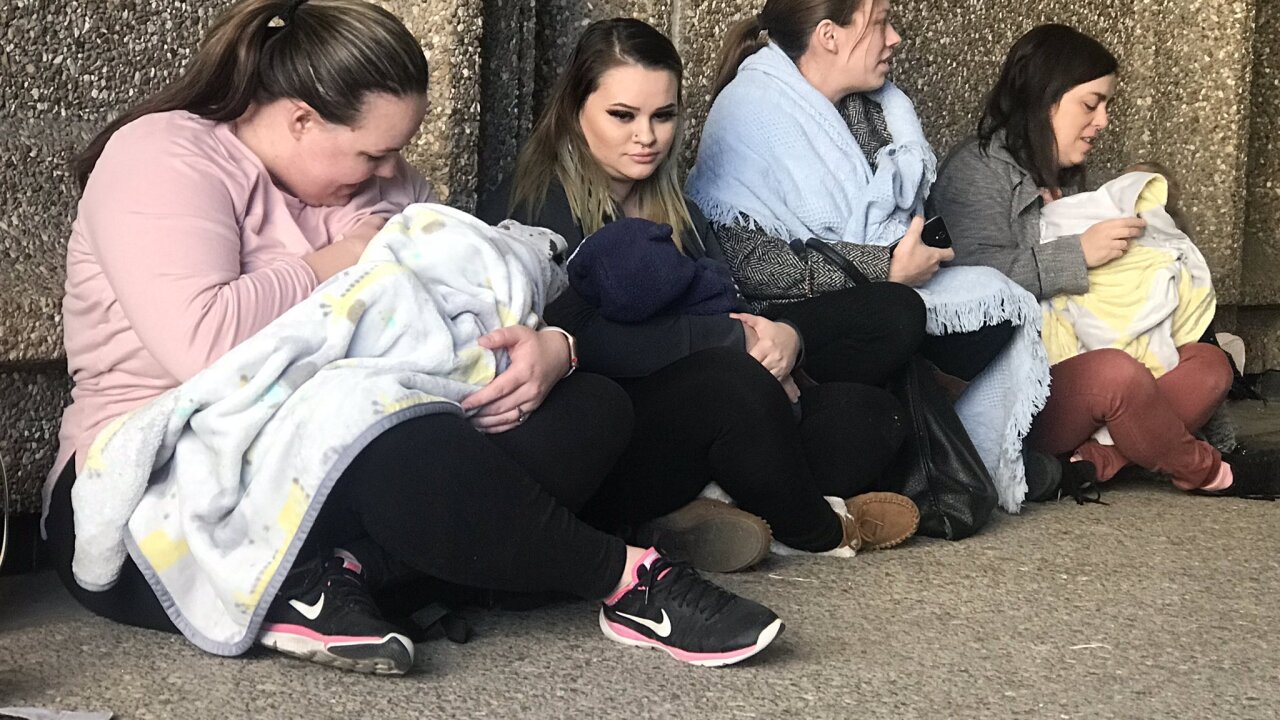 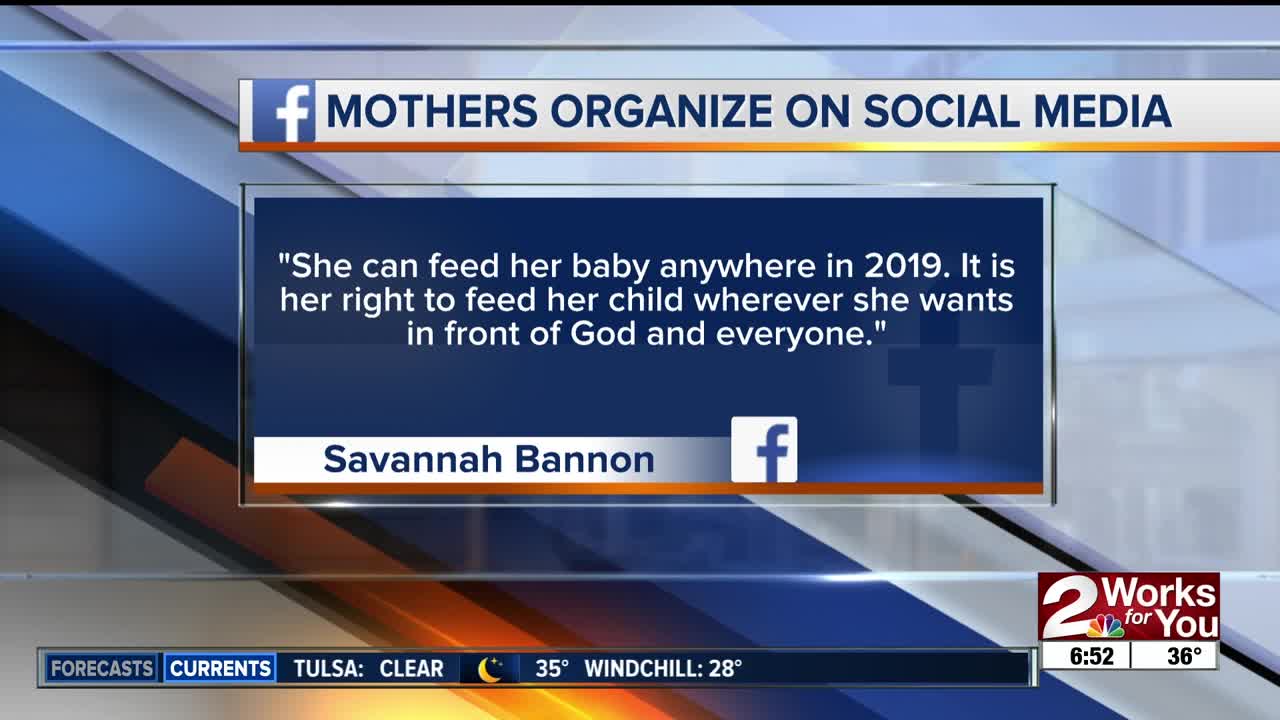 TULSA — A Tulsa Municipal Court officer is on administrative leave after a run-in with a breastfeeding mother, according to a city spokesperson.

Friday, a group of mothers gathered outside of the Tulsa Municipal Courthouse morning for a "nurse-in" in protest.

Breastfeeding mothers and supporters wanted to prove the point that nursing in public is legal.

Savannah Bannon posted on her Facebook page saying she witnessed a court officer tell a mother that she needed to breastfeed in the bathroom instead of the hallway.

"You could tell she was embarrassed for being shamed and that she was a little bit shocked," Bannon wrote. "We both just looked at each other in shock like did that really just happen!?"

Bannon said she and the mother filed complaints with the court.

A bill passed in Oklahoma in 2004 makes it legal for a woman to breastfeed anywhere that she is legally allowed to be.

The mother said if anyone should know the law it should be authority figures, like the officer of the court that they say reprimanded the mother.

"There's enough going on with mothers," Brooke Jensen, a mother at the nurse-in, said. "We get ridiculed for everything we do, just let us be on this one. We are feeding our babies and doing the best that we can."

As they sat on the ground nursing their babies outside of the courthouse, they said they are not embarrassed by it. They said their children have to eat just like they do.